‘Y: The Last Man’ is a lovingly unfaithful take on the comics. That’s what makes it so good. Global plague that wipes out nearly every living being with a Y chromosome? Check. Two mysterious Y-toting survivors in Yorick Brown and his Capuchin monkey friend, Ampersand? Double check. A road trip story played against the fraught backdrop of a grieving society in shambles? You’d better believe that’s a check.

All of these elements are defining features of the new FX series from showrunner Eliza Clark, just like the comic. But this adaptation, which counts the source material’s creators Brian K. Vaughn and Pia Guerra among the show’s executive producers and creative contributors, is also so much more.

Clark’s take on the story, which kicks off with three hour-long episodes on Sept. 14, drops the comic’s early aughts setting in favor of a place that’s just like our modern world. It’s a fictional take on the U.S., but one that’s been similarly shaped and jostled by tribal political divides, class warfare, and, crucially, the struggle to foster a more nuanced understanding of gender and identity.

The centering of those specific undercurrents quickly comes to define the contours of a journey that swings much bigger than the one Vaughn and Guerra concocted for a 2002 audience. Where do trans men fit in? How messed up can things get with the U.S. presidential line of succession in an era of populist demagogues? What would the general public even look like in a post-apocalyptic society that springs out of our current political landscape? 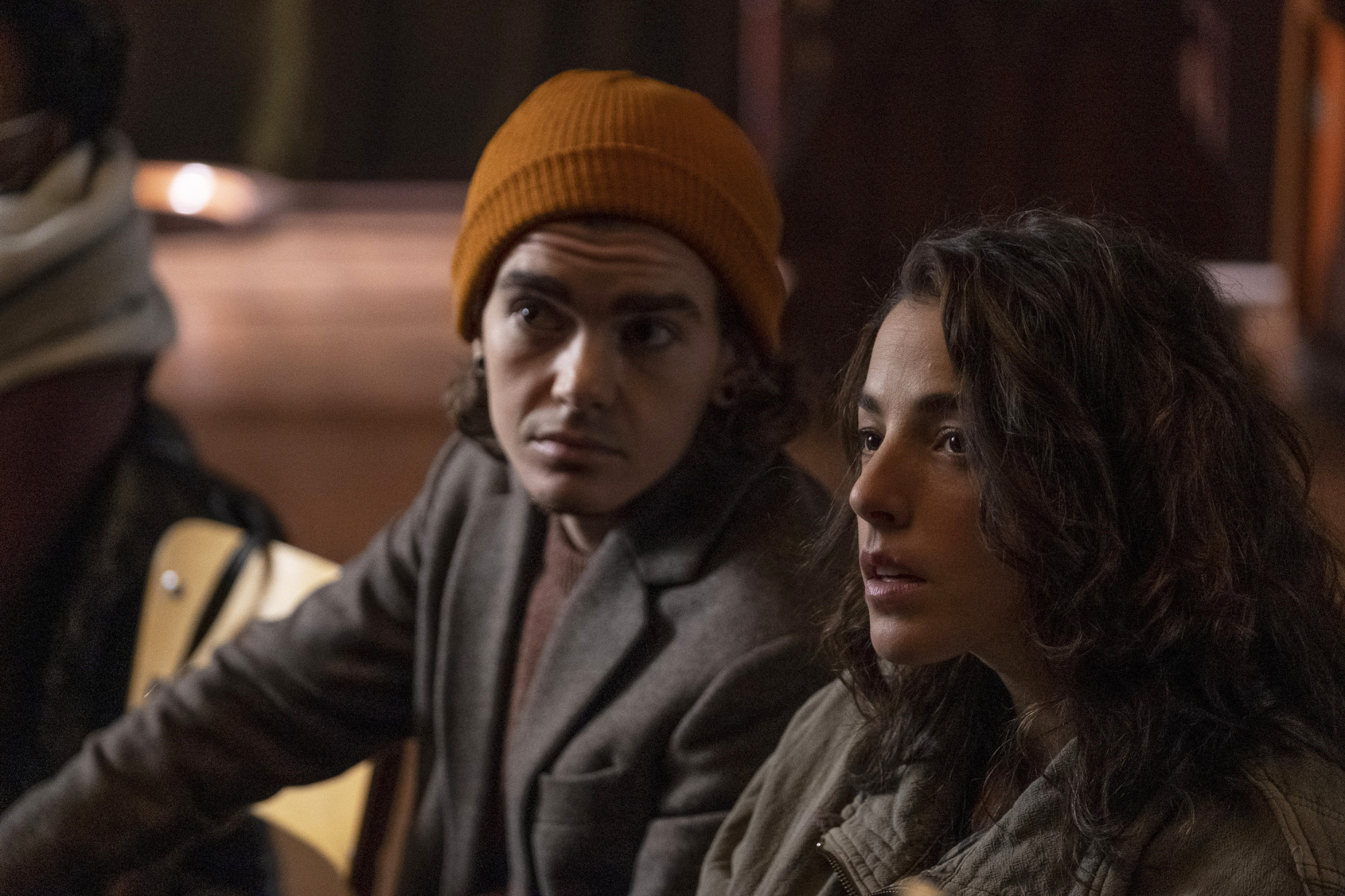 It takes a minute for Hero and Sam’s story to get going, but it’s well worth the wait.
Credit: rafy winterfeld / fx

Y: The Last Man grapples with all of these questions. And while it’s not exactly a show that has Things To Say — entertainment is the clear top priority — things are said nonetheless. How could that not be the case? Clark’s vision takes the core concept that anything with a Y chromosome is dead, and she considers what that would look like reflected against the societal pressures we know now, in 2021.

It starts off necessarily slow, showing us what life looked like for our main cast before the plague struck. Yorick (Ben Schnetzer) and his sister Hero (Olivia Thirlby) are New York City dwellers who occupy the undefined mid-generation gap between Millennials and Gen Z. He’s an unmotivated and flaky magic instructor and she’s an in-recovery EMT who’s sleeping with her already-married boss.

Their mother, Jennifer Brown (Diane Lane), is a creature of Washington politics. The straight-laced U.S. congresswoman is introduced as a firm and level-headed politician who isn’t afraid to butt heads with a misogynistic president when he — stop me if you’ve heard this one before — puts some hazy notion of “free speech” ahead of efforts to beat back a rise in domestic terrorism.

While plenty of other characters move to the forefront across the opening six episodes FX provided for review, the Brown family is our focus. Jennifer steps into the role of U.S. president after everyone else in the line of succession is wiped out. Hero hits the road with her friend Sam (Elliott Fletcher), a trans man and fellow former addict who regularly appeals to Hero’s better angels.

‘Y: The Last Man’ considers what the comic would look like reflected against the societal pressures we know now.

Then there’s Yorick: A screw-up with a sweet and innocent heart, and a small pet monkey. In those first, disorienting post-plague days and weeks, Yorick scavenges his way across Manhattan, his bearded lower face hidden behind a gas mask. But it’s not long before he’s forced to realize the important place he and Amp both occupy in this new world; if no one with a Y chromosome survived, what makes these two — who were together when the world first fell apart — special?

Finding the answer to that question is the focus of Yorick’s journey, which unfolds with Agent 355 (Ashley Romans) — an ass-kicking agent from a shadowy black ops spy ring — at his side, serving as a bodyguard and guide. (There’s a lot more to 355, but I want to be careful of spoilers.) Hero, meanwhile, is ostensibly making her way to D.C. along with Sam, but she’s not exactly aching for a reunion with her mother.

Both of the Brown siblings spend the early episodes in road trip mode, showing us what the wider world looks like outside the fortified Pentagon that’s become the new seat of power for the U.S. government. We get to see how, in the months following the outbreak, society crumbled as the half of the population that had the most knowledge and experience for managing U.S. infrastructure suddenly expired.

Phones, internet, even lights and electricity — not really a thing anymore. Towns and cities have been replaced by gangs, nomadic scavengers, and camps for the displaced. The U.S. dollar has no place in a new barter economy. There’s a widespread (and not exactly misplaced) perception that the government is hiding facts and not to be trusted. We see all of this through Yorick’s and Hero’s eyes. Watching them navigate this new paradigm is engrossing stuff that’s not so far off in feel from the tightest dramatic moments of another popular comic adaptation on TV, The Walking Dead.

President Brown’s day-to-day is no less compelling, but the privilege and (relative) freedom afforded by a military-secured Pentagon pulls us out to more of a sky-high view of the country. Removed from the protests and the mass unrest happening outside, President Brown and all the remaining members of the political class and D.C. elite spend much more of their time wrapped up in palace intrigue. 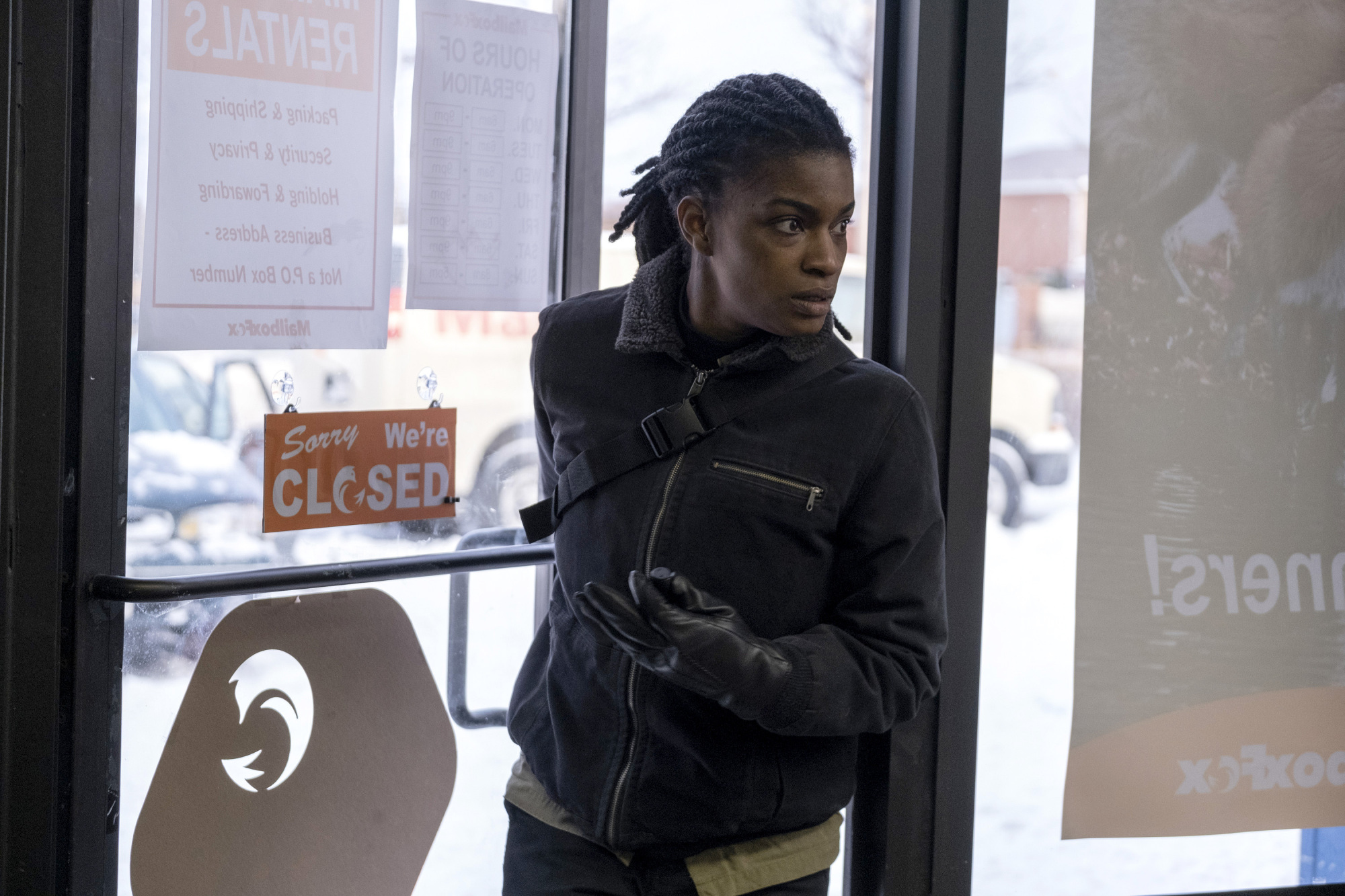 Agent 355 is a major character who’s steeped in mystery. Prepare to hang onto every shred of insight we get into her background.
Credit: Rafy Winterfeld / FX

This is where tribal political divisions from the pre-plague days actually mean something. Brown’s ascent to the presidency is complicated; she wasn’t technically elected, and her political leanings stand in diametric opposition to those of the deceased former president. The ex-president’s daughter, Kimberly Cunningham (Amber Tamblyn) is a constant presence in Brown’s day, reminding the new U.S. leader that her interests and views don’t necessarily align with those of the majority.

Whether we’re on the road or at the Pentagon, grief is a constant undercurrent in every conversation and every relationship. There’s no one who hasn’t lost something here, and Y: The Last Man toes a careful but crucial line in keeping a palpable sense of both personal and shared loss at arm’s length, but always bubbling just beneath the surface. There are layers to this story that we’ll need far more than six episodes to fully unwind, but it’s off to a great start already.

My big piece of advice to both fans of the comic and newcomers is to stick with it. The first episode drags a little. So does the second one. But it doesn’t take much longer than that for the most important threads to present themselves, and once it happens, each hour of TV starts to feel far too brief. I still can’t quite believe that this long-in-the-making adaptation actually happened.

But Y: The Last Man is finally here, and for all that’s familiar to fans of the source in this TV version, it’s a far different beast than the comic on which it’s based. That is, by far, the best thing about it.

Related Video: What to binge on the best 30-day streaming service free trials