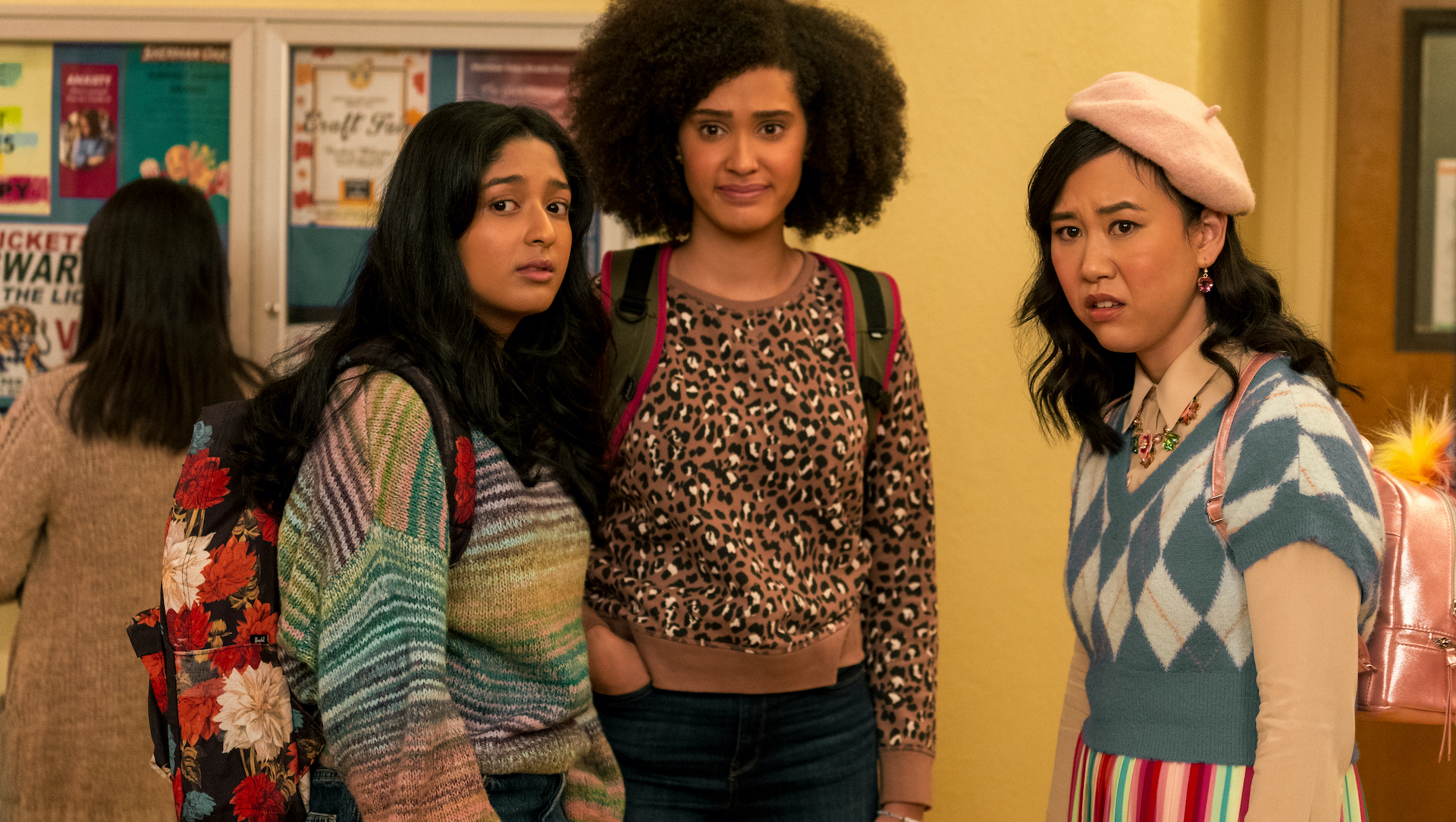 When Mindy Kaling and Lang Fisher’s premiered on Netflix in 2020, it’s hotheaded protagonist Devi (Maitreyi Ramakrishnan) polarized some viewers. Here was the three-dimensional, flawed, complex South Asian character we craved on a mainstream comedy — but she was often selfish, rash, and unpleasant; hardly the perfect girl many wanted representing their community.

Never Have I Ever Season 2 turns its focus squarely to Devi and her character development through various obstacles, but the rest of the characters end up noticeably sidelined. It’s still heartfelt, funny, and a sweet TV rom-com, but whether deliberately or not, the show itself mirrors Devi’s difficulty in seeing the world outside herself. 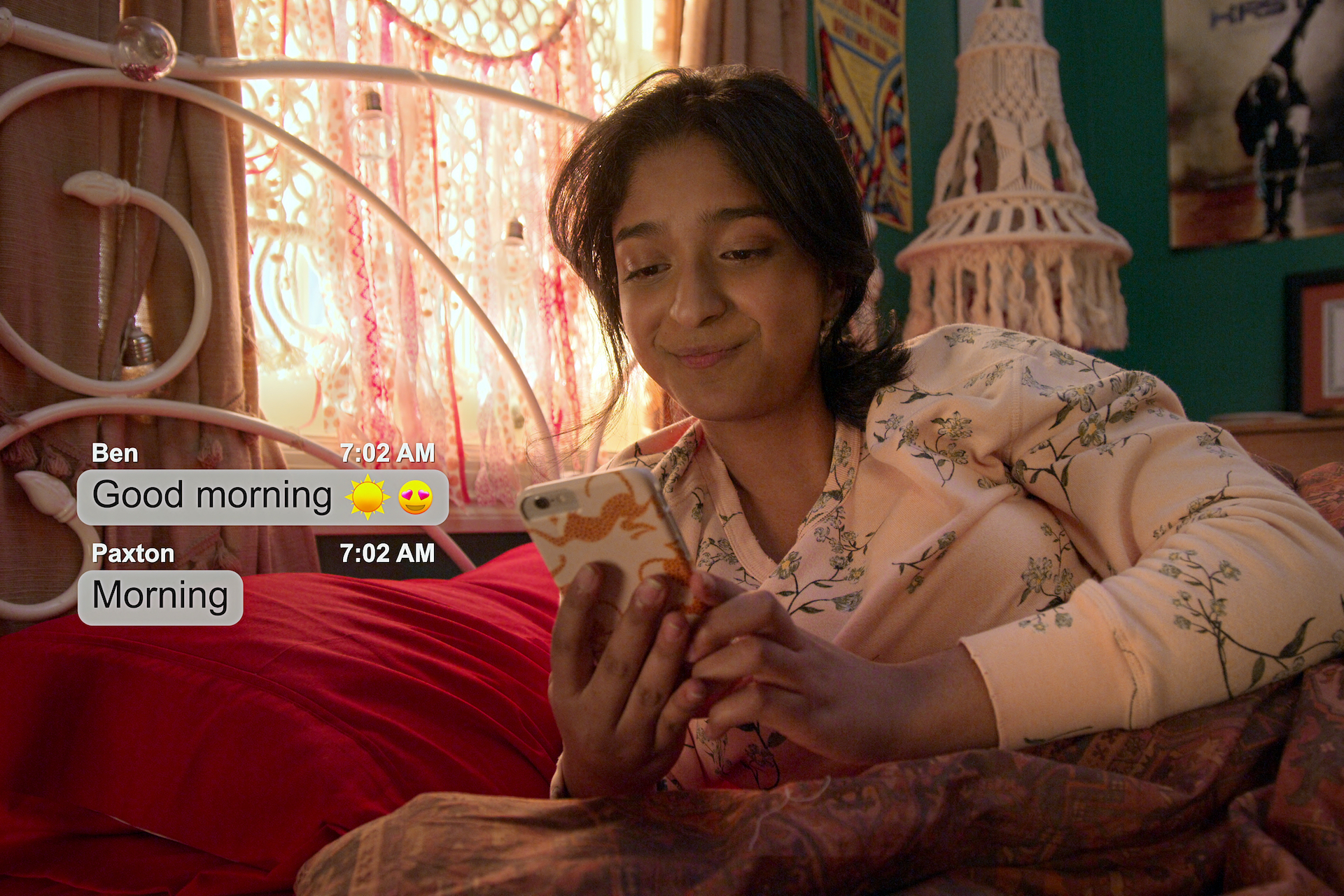 Devi (Maitreyi Ramakrishnan) dabbles in being a player in “Never Have I Ever” Season 2.
Credit: COURTESY OF NETFLIX

Season 2 picks up not even seconds after the Season 1 finale, when Ben (Jaren Lewison) and Devi kissed in his car after he drove her to the beach to scatter her father’s ashes. But Paxton (Darren Barnet) still wants to hang out, and Devi finds herself once again pulled between the two of them. With only a month left before her family moves to India, she decides to date both boys.

The love triangle dominates early episodes, and while it’s entertaining it is noticeably thin. Ben is presented as providing brainy banter boyfriend and Paxton as a dumb hottie, a dichotomy that the shows doesn’t sufficiently explore, instead opting for false equivalence. Even after a whole Paxton-centric episode, he goes back to having no discernible qualities beyond looking good and needing a tutor, which are not enough to sustain the tension.

Enter Aneesa (Megan Suri), an ultra-cool Indian girl freshly transferred from another school. Devi is instantly threatened by everything about her, especially her chemistry with Ben. At the same time, the girls can’t help being drawn to the only person at school who effortlessly understands life as an Indian-American teen. Their relationship feels authentic, if a little cut-and-dry at times, offering Devi ample opportunities to explode with rage and humbly face her actions.

As excellent as the show’s secondary cast is, most characters this season get one episode’s worth of plot stretched painfully into 10 — and most of those involve romance. Eleanor (Ramona Young) and Fabiola (Lee Rodriguez) are also in new relationships, Kamala (Richa Moorjani) is pre-engaged to Prashant (Rushi Kota), and even Nalini (Poorna Jagannathan) considers dating for the first time since losing her husband. It’s not surprising that rom-com lover Kaling steers the ship in this direction after The Mindy Project and Four Weddings and a Funeral — but there is so much fertile ground untilled. 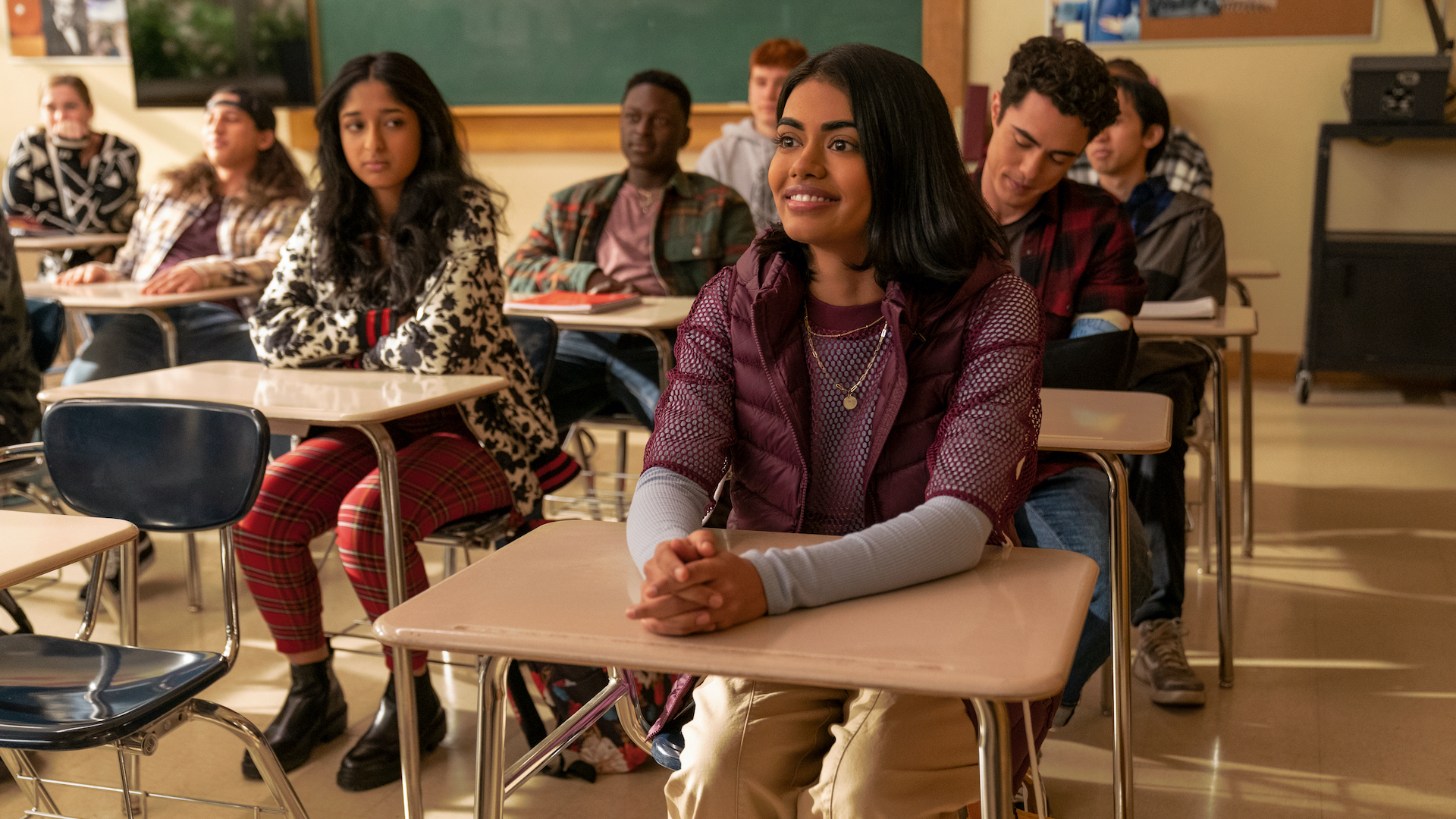 Never Have I Ever’s grasp on grief remains its greatest strength. The way Mohan’s (Sendhil Ramamurthy) sudden passing still pains his family, the way his absence bonds wife Nalini (Poorna Jagannathan) and mother Nirmala (Ranjita Chakravarty). Devi pours herself into school, friends, and romance, but whenever things get tough she finds a moment alone to listen to her father’s last voicemail. The prospect of moving on without Mohan terrifies all of them.

Season 1 might have been a love triangle with Paxton and Ben, but it was more broadly about Devi processing her father’s death and learning how to live with loss. Season 2 has less of a foundation and flounders as a result. The closest it gets is leaning into Devi’s “disagreeable personality” in ways that are both problematic and promising. More characters call Devi out on her anger, but sometimes it helps her to briefly kick a trash can or help Kamala out of a tough situation. Ben cheerfully informs Devi she probably has a mood disorder and we just move on from this as she alternately embraces and flees from the “crazy Devi” label.

Ramakrishnan commands these character turns with unmatched skill. Let us not forget that she was plucked from thousands to play Devi, and it’s impossible to imagine anyone else doing justice to the role. She brings a calculated vulnerability to Devi while also benefiting from being an actual teen (which not all actors playing a high schooler can say). Jagannathan is as excellent as ever as Nalini copes in her own way, and Chakravarty fits right in with warm wisdom and goofy punchlines.

It may not be as tightly written or skillfully plotted as its predecessor, but Never Have I Ever Season 2 serves Crazy Devi well (sorry). She’s still damaged, self-centered, and impulsive, but there’s something to be said for spotting and responding to those traits instead of just following them into chaos. Slowly but surely, our Devi is growing up outside of her romantic relationships. Maybe next season everyone else can too.