Nothing hits the spot quite like the perfect romantic comedy. Your worries wash away as you sink into a safe and cozy world where every problem has a concrete solution.

So, in honor of those evenings when you’re hoping to turn your brain completely off, here are the best romantic comedies streaming for free on Amazon Prime, in no particular order. They’re simple, they’re soothing, and they go great with a glass of wine. “As if!”
Credit: Paramount Pictures/Getty Images

Clueless, first of all, is iconic. Nearly thirty years have passed, but it’s still a cultural touchstone for today’s teens. Perhaps its staying power comes from its plot, directly lifted from the literal founder of the romantic comedy, Jane Austen. Like Austen’s Emma Woodehouse, Clueless’s Cher (Alicia Silverstone) acts as a matchmaker to everyone around her but can’t seem to get her own love life in order. The story alone does not fully capture the movie’s charm. Clueless is both hilarious and sweet, features unforgettable costumes, and most importantly, is filled to the brim with memorable, quotable lines. Cinema has never heard a more cutting insult than: “You’re a virgin who can’t drive.”

Soon-to-be Marvel star Kumail Nanjiani plays himself in director Michael Showalter’s telling of Nanjiani and wife Emily V. Gordon’s love story with a harrowing twist. Written by Nanjiani and Gordon, The Big Sick follows a couple on the brink of a breakup who suddenly face losing each other forever. Genuinely funny and extraordinarily sweet, this meaty rom-com is perfect for when you want a meaningful watch with high entertainment value. – Alison Foreman, Ent Reporter 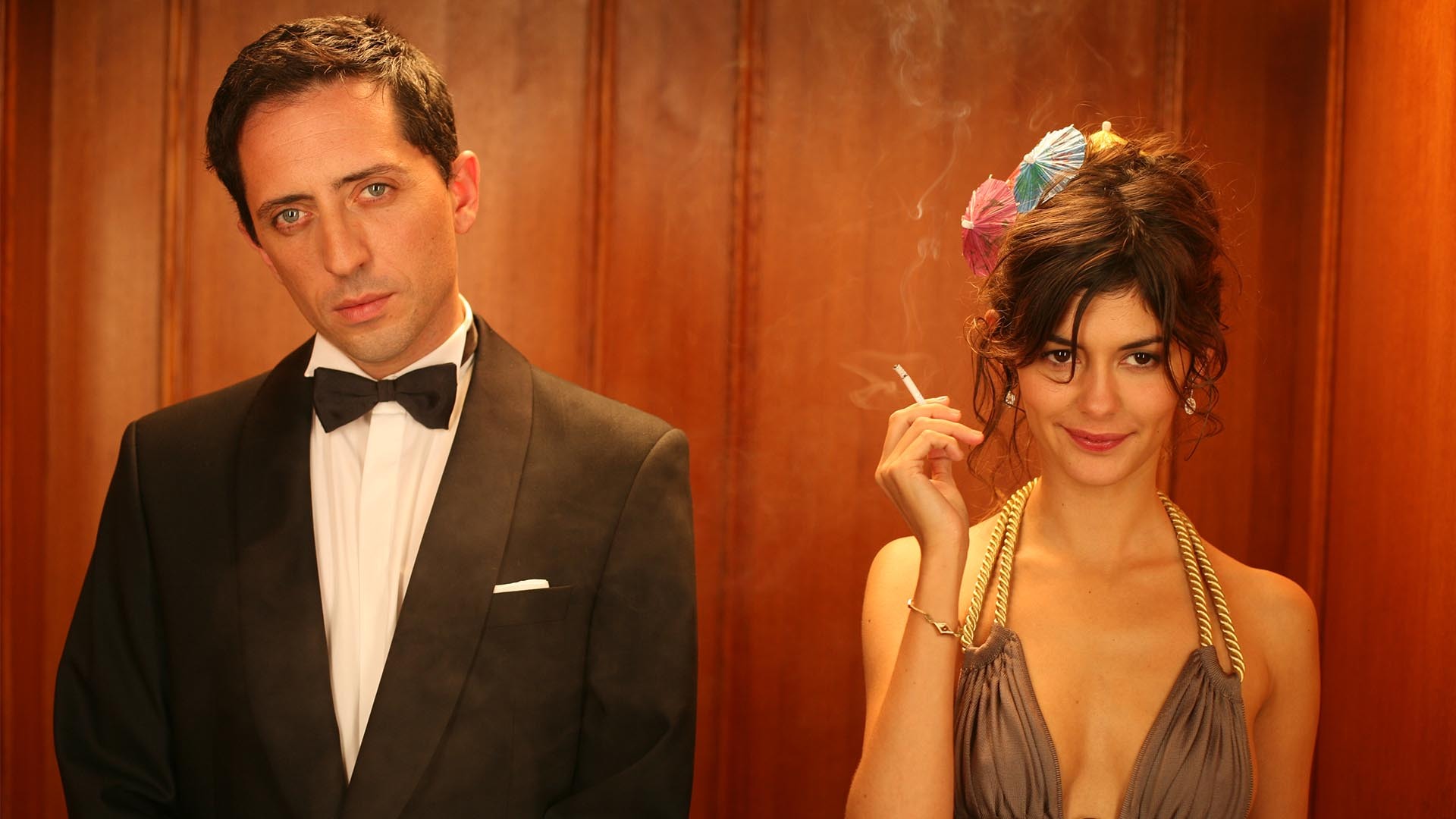 “You can resist beauty, but you can’t resist charm.”
Credit: TFM Distribution

Attention anti-capitalists — this movie is not for you! Priceless is a French rom-com-slash-sex-farce about an honest, hardworking gold digger just trying to scrape together an opulent lifestyle in exchange for her companionship. Jet setting through Europe with her wealthy lovers, Audrey Tatou (in an impossibly chic wardrobe) seems to have it all figured out — until she mistakenly spends the night with a luxury hotel waiter (Gad Elmaleh) she mistakes for another rich mark. In a different film, this story could be harsh or its characters unforgivable, but Priceless remains light and jubilant by keeping us laughing at the unchecked vanity and excess before us. So, then, maybe this is a movie for anti-capitalists.

With multiple Academy Award nominations and Golden Globe wins, Four Weddings and a Funeral, directed by Mike Newell, is about as big as a romantic comedy can get. Though Hugh Grant was launched to stardom by this, his original bumbling romantic role, the film’s strength is in the chemistry of the entire friend group who laugh and lovingly tease their way through the year’s social events. As if you needed another reason to watch after you learned Hugh Grant was in it, Four Weddings and a Funeral was written by Richard Curtis, an absolute rom-com legend who also penned Notting Hill, Bridget Jones’ Diary, and Love, Actually. “He was quoting Shakespeare like some duke, lord guy.”
Credit: paramount pictures

For something a little fluffier, we present The Prince & Me, a ridiculous and perfect movie. Julia Stiles is an ordinary University of Wisconsin undergrad who initially hates the guy, then dates the guy, then finds out the guy is secretly the crown prince of Denmark! In other words, it’s the typical college story! You know everything about this movie before even watching it, but with the charisma of Luke Mably’s prince paired with Stiles’ authenticity and acting chops, The Prince & Me never falls flat. It’s a beach read for your TV!

This British rom-com has a disappointingly low American profile, likely because we went and remade it with Jimmy Fallon and Drew Barrymore as Red Sox fans. The original Fever Pitch, itself based on a Nick Hornby book, stars Colin Firth (!!!) as a schoolteacher whose love for his soccer team, Arsenal, gets in the way of his budding romance with Ruth Gemmell. Guys and their sports, huh? If the tagline doesn’t thrill you (“Life gets complicated when you love one woman and eleven men”), then the kick of watching Mr. Darcy become a likeable slob definitely will! “In fairy tales, love inspires you to be noble and courageous, but in real life, love is just an all-purpose excuse for selfish behavior.”
Credit: entertainment one

Daniel Radcliffe forms an instant connection with a woman at a party, only to find out she’s happily in a long term relationship. The pair decide to just be friends, despite the doubtful scoffing of everyone around them. Though the premise sounds PTSD-inducing to those of us who wasted years pining over unavailable crushes, What If (or The F Word if you live outside the states) is a deeply comforting watch. Playful and grounded, the film soars thanks to its cast, featuring a magnetic Zoe Kazan, Radcliffe oozing relatability, and an unexpected (and chaotic) Adam Driver predictably stealing his scenes. Because, duh.

Tortilla Soup is a cozy and heartwarming watch that remains pleasant from start to finish. The American remake of Ang Lee’s Taiwanese hit Eat Drink Man Woman, this romantic-comedy-drama features Héctor Elizondo as a retired chef worried about his three adult daughters still living in his suburban LA home. While the plot focuses heavily on the four main characters’ romantic trials and errors, it also gives time and space to exploring their evolving familial relationships as well. This makes Tortilla Soup a broader entry than many others on this list, a perfect pick for when you’re in the mood for something comforting — much like the many mouth watering Mexican dishes this film serves up. 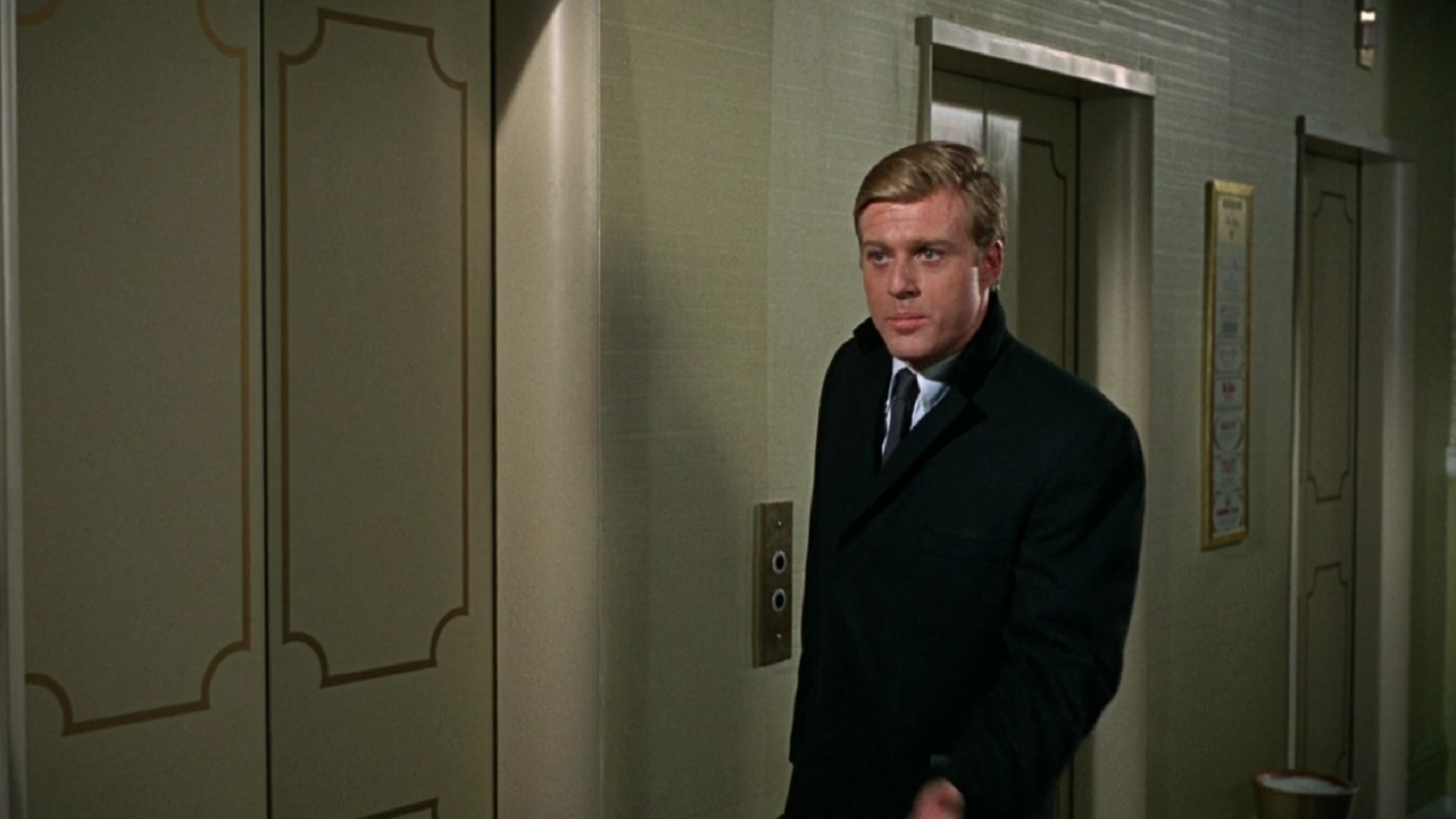 “Make him feel important. If you do that, you’ll have a happy and wonderful marriage… like two out of every ten couples.”
Credit: paramount pictures

For that vintage feel, look no further than Barefoot in the Park. An adaptation of Neil Simon’s wildly successful broadway hit, this ‘60s farce features Robert Redford and Jane Fonda in their prime as a newlywed couple still ironing out the kinks in their relationship. While you’ll have to mentally prepare yourself for the film to feel a little dated, the glamor of a bygone New York, the running gag of trekking up and down a fifth-floor walk up, and the chemistry of Redford and Fonda will certainly keep you hooked. Reviews at the time called Barefoot in the Park an entertaining, light-as-air romp lacking depth and logic — exactly what we’re looking for in a rom-com!

Sometime in the 2000s, romantic comedies stopped trying to be funny and started trying to say something meaningful, none more overtly than 500 Days of Summer. This indie darling breaks from rom-com formula to tell a non-linear story of a relationship coming together and falling apart. Joseph Gordon-Levitt’s sincerity is palpable and Zooey Descheneal, as the object of his affection, is a quirky girl so quirky she single-handedly ushered in a new era of messy bangs for millions of women everywhere. With unexpected touches of surrealism and a stellar supporting cast, 500 Days of Summer is a satisfying watch for a love story that hits you right in the gut.