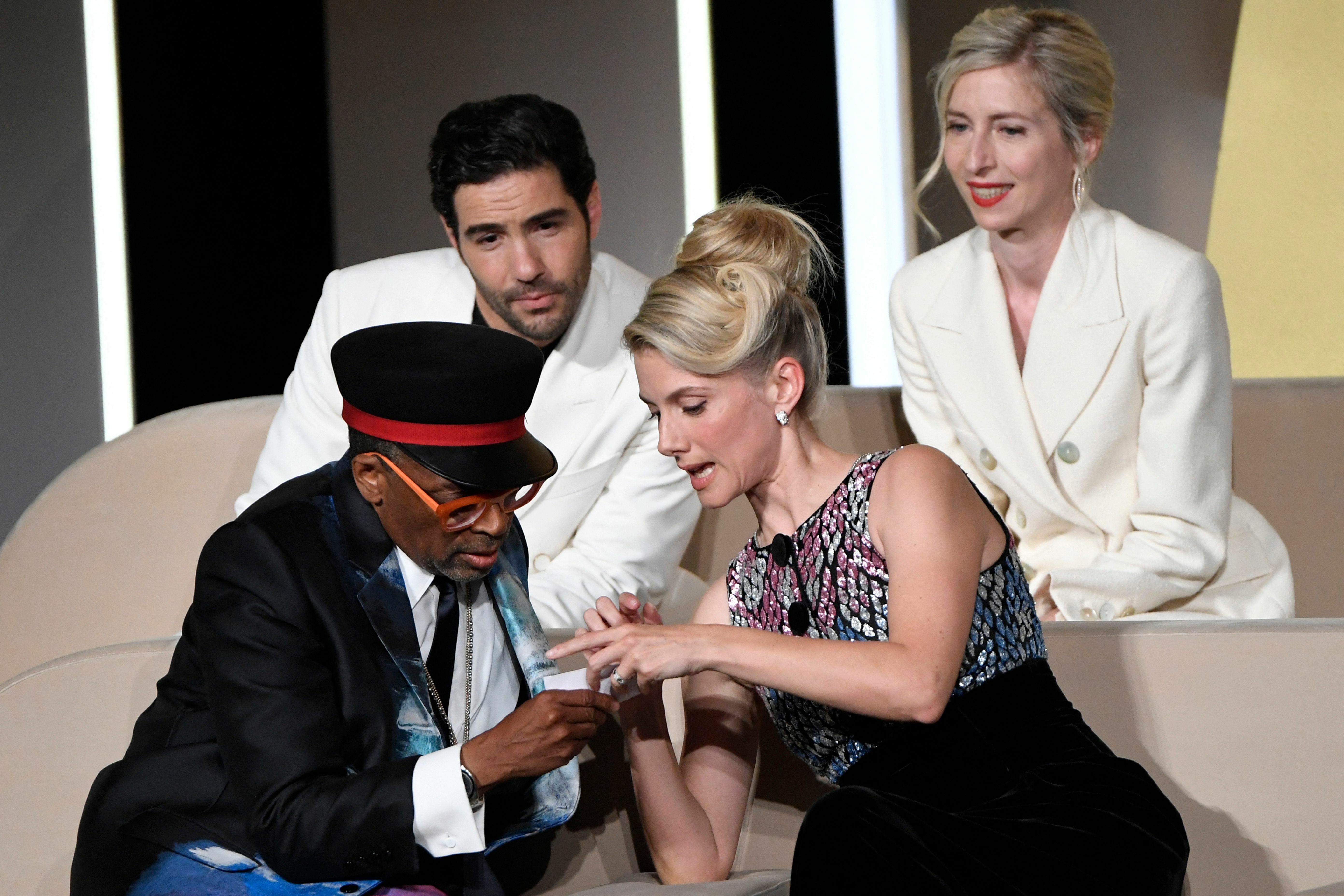 Imagine if the annual Academy Awards show opened with the host accidentally revealing the evening’s Best Picture winner right at the start.

That’s basically what happened at the Cannes Film Festival on Saturday. Spike Lee, the festival’s jury president for 2021, read from a card that revealed as the winner of the Palme d’Or, the top prize at Cannes, before any of the other winners had been announced.

Canal+, one of the winning film’s participating production companies, quickly capitalized on the error with a tweet sharing the clipped moment. Lee’s exclamation of “English!” at the end of the clip suggests that language challenges may have played a role here. (Cannes, of course, is a French film festival.)

The clip is a study in unintentional comedy, with the rest of the jury’s slightly delayed reaction and subsequent mix of shoulder-shrugging, face-palming, open-mouthed shock, and unrestrained laughter putting out strong chaos energy. Lee’s own reaction is (unfortunately) a mystery, as he quickly turns around to hear an explanation on exactly what just happened.

This is Lee’s first time serving in the jury president role, and also the first time that role has been filled by someone, , “of the African diaspora.”

Accidents happen, of course. The early reveal of Titane‘s win hardly detracts from Lee’s historic role at the 2021 festival. It also hardly hurts Titane itself. The French production from filmmaker Julia Ducournau is a surreal horror story that, , is “the sweetest movie ever made about a serial killer who has sex with a car, poses as the adult version of a local boy who went missing a decade earlier, and then promptly moves in with the kid’s still-grieving father.”

So yeah, Spike’s gaffe was maybe not the strangest thing to occur at Cannes 2021 after all.

The whole thing is of course immediately reminiscent of when Warren Beatty mistakenly announced that the year’s Best Picture winner was La La Land. Chaos briefly ensued as a La La Land producer halted the proceedings to clear up the error, and then clear out as the crew behind Moonlight — the actual Best Picture winner — took the stage.

This Cannes mix-up is admittedly a bit “worse” in one sense, since the early reveal of Titane‘s win messed with the normal flow of an awards show that would build up to the big Palme d’Or reveal. But it’s also extremely funny and exactly the kind of thing that goes viral, which is only good for Cannes, Ducournau, and Titane.