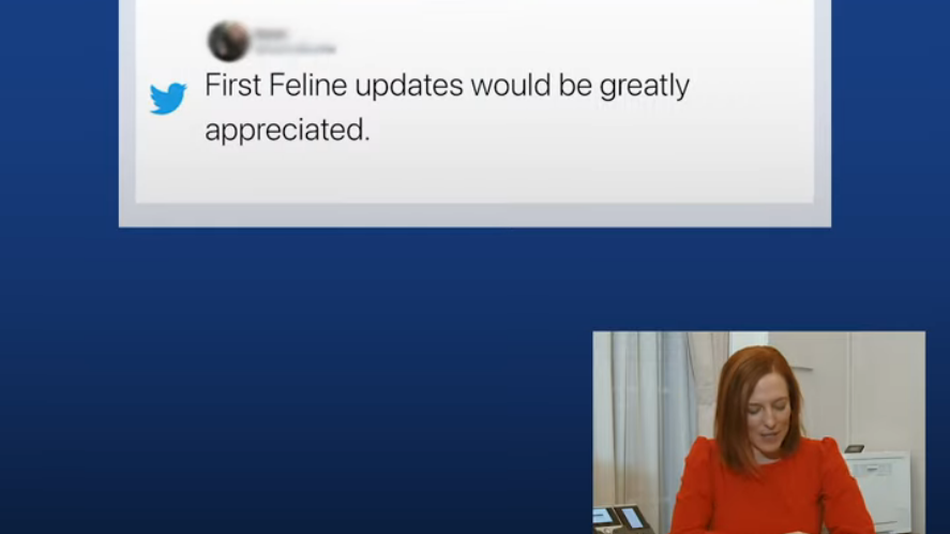 Can we just take a moment to bask in this newly released White House video that’s not just wholesome and informative, but also framed around answering social media’s pressing questions of the day?

White House press secretary Jen Psaki appeared in a Sunday video from the White House to answer questions posed by the people of Twitter. There’s definitely some serious discussion here, including answers to direct questions about pandemic-fueled unemployment and plans for U.S. immigration.

But this is Twitter, and people also had questions about a theoretical First Cat and Biden’s enduring love of ice cream. There’ve been some rumblings already about Biden to the family. Unfortunately, Psaki doesn’t have any substantive updates here, though she does make a promise: “The cat is going to dominate the internet whenever the cat is announced and wherever the cat is found.”