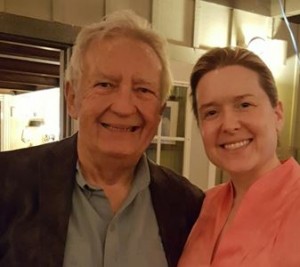 Even though I don’t have an outpatient practice, I like to keep in touch with some of my patients after they’ve discharged from the rehab hospital. Jack is one of my very favorite success stories.

I met Jack in a small regional hospital in rural western America. He had been admitted with sudden onset weakness, and during the intake process, accurately described his daily evening cocktail habit. Unfortunately, this led the clinicians down the wrong diagnostic pathway, presuming that alcohol withdrawal seizures were the cause of his weakness (due to a presumed “post-ictal” state).

A brain MRI was unremarkable, and so a fairly high loading dose of anti-seizure medications were started. Poor Jack happened to be very sensitive to meds, and reacted with frank psychosis. Days later he was still not in his right mind, and so a rehab consult was requested for “encephalopathy due to alcohol withdrawal.”

When I met Jack, it was clear on first glance that… [] or go to this link: