Valve’s Steam Deck seems like a nightmare for Nintendo 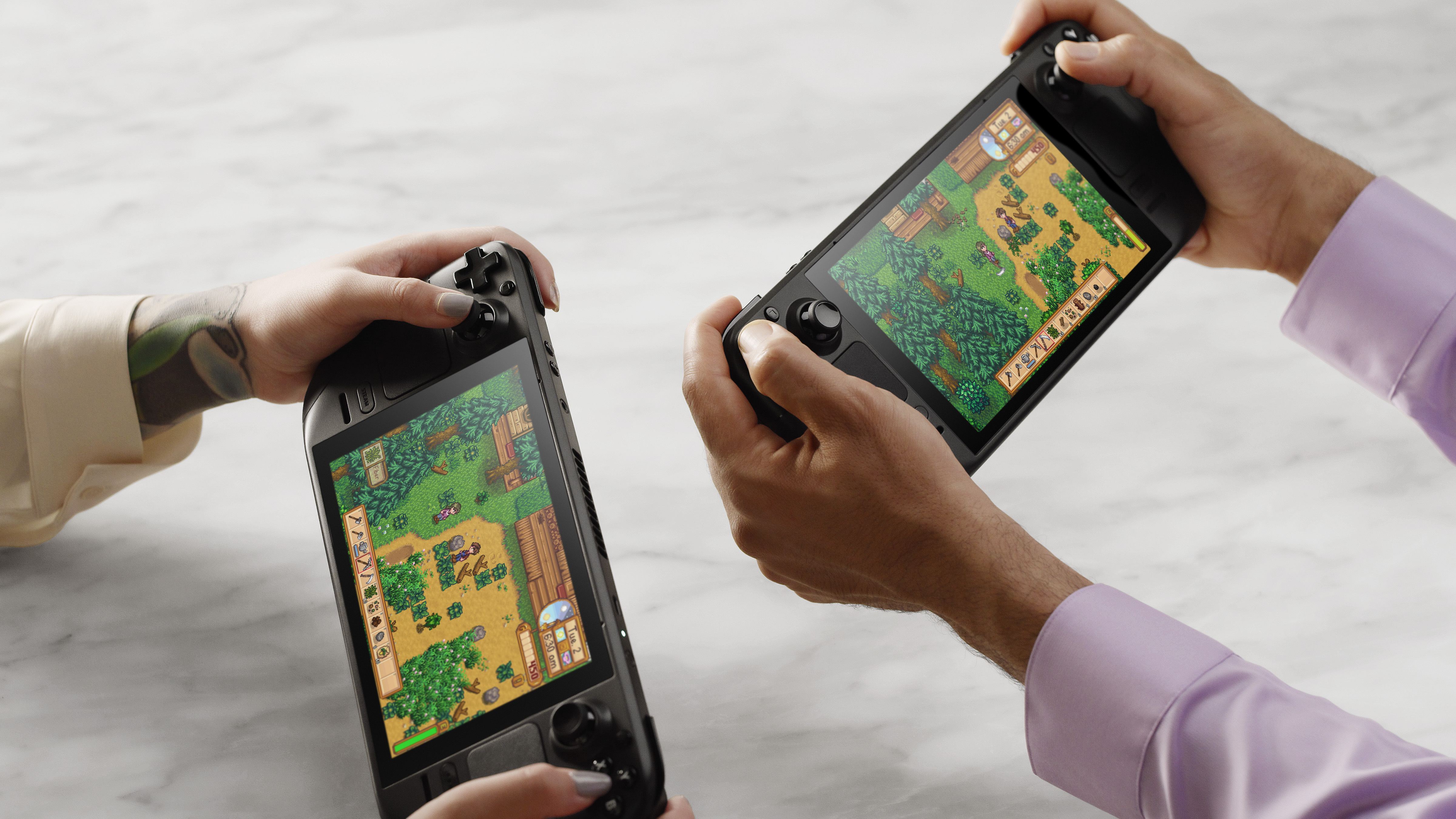 Was it merely coincidence that Valve announced its Steam Deck on the same day pre-orders opened for Nintendo’s new, OLED-enhanced Switch?

Only Valve can answer that question, but the company’s reveal surfacing at roughly the same moment fans raced to place pre-orders for a Switch (OLED Model) certainly made a point. Where the new Nintendo device is mostly just a fancier screen running on the same basic underlying hardware that’s been out since 2017, Steam Deck is something new.

Valve’s handheld is superficially similar to the Switch, but it’s considerably more machine on the inside and outside both.

But the Steam deck also goes further. There are two touchpad-style surfaces right next to each thumbstick, which should be especially handy for games that aren’t as controller-friendly. The handheld also sports four rear-mounted buttons similar to the paddles you’d find on an Xbox Elite or some other high-end controller.

The details of its innards are a bit murkier in terms of actual specs. on this front about the processor, RAM, and more, but we can also gather plenty from the games that Steam Deck has either been said or shown to support. Alongside indie gems like Disco Elysium and Hades, we’ve also seen Valve’s own Portal 2 in action as well as newer, more technically demanding examples like Death Stranding and Control.

While the Steam Deck’s resolution in handheld mode is limited to 720p, that’s not a bad thing for a device with a 7-inch screen. Games will still look sharp on a display that size, and the lower resolution means they’ll run better even with an array of fancy graphics features switched on. It remains to be seen how those same games run in docked mode — yes, just like a Switch, you can output Steam Deck to a TV via USB-C — but this thing is clearly built more for portable gaming.

It also runs circles around any version of the Switch that exists, including the incoming OLED model. Nintendo’s hardware actually does support Control, but only as a cloud gaming title. Meaning you need a speedy and steady Wi-Fi connection in order to play; the game isn’t installed on your device, it’s streamed.

Let’s be clear: Nintendo’s strength in the gaming world has always been rooted in the software. The 3DS handheld outlived than Sony’s PlayStation Vita — they both launched in 2011 — despite packing significantly less power. It’s because of Mario, Zelda, and all the rest. Nintendo fans crave their favorite series’ most of all.

But since its launch in 2017, the Switch has been able to dominate mostly because there’s nothing else quite like it. Sure, it doesn’t quite rival a PlayStation 4 or Xbox One in terms of the hardware, but you wouldn’t know it playing, say, Breath of the Wild. People on Twitter and other social media spaces tend to obsess over specs and hardware comparisons, but most of us just want our games to play and run smoothly.

Steam Deck changes the landscape. All of a sudden there’s going to be another device on the market with built-in game controls that plays a wider range of games than Switch currently offers. What Valve loses to Nintendo in terms of a beloved library of games it more than makes up for by giving people the ability to install and load up an Assassin’s Creed or Grand Theft Auto while they’re away from their TV, and with no internet connection required.

The Switch will certainly continue to thrive, given how many have sold since 2017 and how invested people are in their libraries (not to mention the inherent advantage of boasting Nintendo exclusives). But it was only a matter of time until a competitor came along, and Valve’s Steam Deck is shaping up to be a more-than-capable Switch alternative in all the right ways.