Twitter’s Art Decider will no longer decide what is art 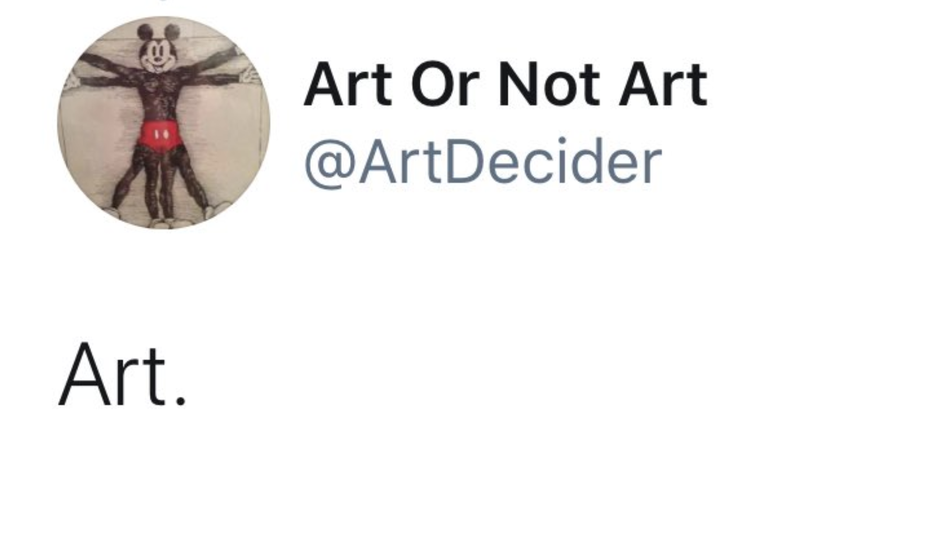 Art Decider has finally decided its art is at an end.

, the beloved novelty account has decided it will no longer arbitrate what is and is not art on Twitter, leaving it to the huddled masses to discern meaning for themselves.

“I’ve decided that The Art Decider will end today,” wrote Art Decider, which is run by New York actor and writer . “I see this as a happy occasion since I’m able to end this project on my own terms.”

Active for over half a decade, Art Decider was a Twitter account with one simple premise: Decide whether something was “art,” or “not art.” Posting its simple assessments free of judgement, the account eventually gained over 200,000 followers, with people frequently tagging Art Decider under tweets to request arbitration.