Travis Scott & Lil Yachty Got Their Own Reeses Puffs, Now Its KAWS’ Turn

Between , , and , we’re either in the golden age of collaborations or experiencing crossover overload. Get ready to add another to the list, as is apparently linking with .

The surprise cereal collab comes at a moment of peak KAWS. As wraps up, the Brooklyn-based artist launched joint efforts with and , following a big year of drops that included , and .

After all the Japanese love, KAWS is looking back home for this new line of cereal boxes. 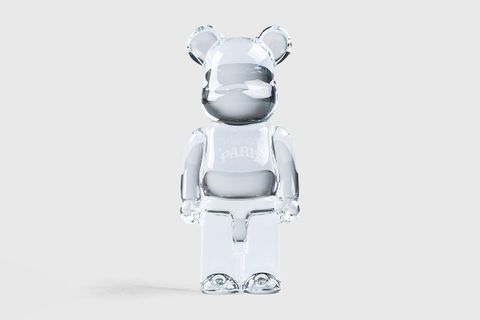 
According to users on the , Walmart and Target stores are already stocking boxes of KAWS edition Reeses Puffs, though they apparently aren’t supposed to be on the floor yet. Nevertheless, one commenter purchased a box early, showcasing the thematic art on the front and rear along with a scannable QR code.

There’s nothing inside, which seems like a missed opportunity to have a tiny collectible inside à la old school cereal box prizes.

It appears that the link will eventually lead to a site made by , an augmented reality company that has worked with KAWS in the past to create .

Presumably, the boxes will eventually link to an AR game called “KAWSPUFFS.” The fact that neither the QR code nor are actually live yet suggests that this was merely an accidental leak by retailers.

The shock-drop method is similar to rollout, though there were at least a few initial teasers.

Given that the KAWS boxes are at least in stock, it’s fair to assume that they’ll actually release soon and perhaps the teasers are actually launching soon.

Scott and Lil Yachty were Reeses Puffs’ first major move into the celebrity collaboration market, though the General Mills company hasn’t ever really shied away from collaboration. Tinashe recently helped launch , for instance, and back in 2017 Reeses Puffs partnered .