Top Jobs Of The Future For Your Million Dollar Education 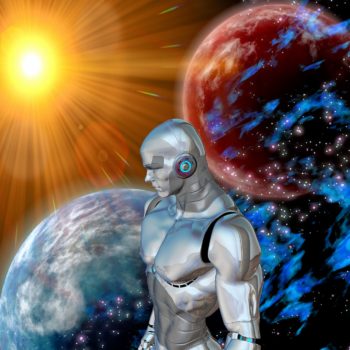 While doing research on different types of  to try once my son starts going to pre-school, I stumbled across a Money Magazine article highlighting the hottest jobs in 2040. My son would be 23 by then, fresh out of college and ready to take on the world. Perfect!

When I graduated from college in 1999, the hottest jobs were in investment banking and management consulting. Even big law was considered in high demand. Now, all those fields are snoozefests. To be able to work at tech companies to feed people’s narcissism is now all the rage.

Given it’s graduation season, I thought it would be great to highlight these wonderful, future jobs and suggest a couple more for good measure. After all, some of you will ignore my advice of attending public school and spend big bucks attending private grade school and college even though everything can be learned for free nowadays.

Let’s see whether all that time and money spent will be worth it!

The Hottest Jobs Of The Future

Here are some of the hottest jobs in the future according to .

1) Virtual Store Manager – When someone e-mails to ask for their money back after they ate everything in the package, it’s your job to make him happy.

2) Robot Mediator – When the robots start fighting over which one gets to be commander of the revolution, it’s your job to remind them who’s boss.

3) Robot Trainer – When the robot that has replaced hundreds of jobs already needs a software upgrade to replace a hundred more human jobs, it’s your job to ensure it will do so.

4) Drone Traffic Controller – When there are hundreds of drones dropping packages on your head and spying on your every movement, it’s your job to make sure they stop flying after 10pm.

5) Augmented Reality Designer – When housing is so expensive, all you can do is rent a studio and play with your virtual reality girlfriend or boyfriend, it’s your job to get the users excited.

6) Micro Gig Agents – When a 12-year-old prima donna YouTube vlogger asks for only green M&M’s, it’s your job to take them out of the bowl and book her a gig on Financial Samurai’s YouTube channel, which will be created in 2028.

The Hottest Job Of Them All 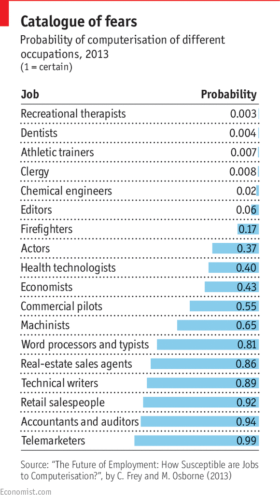 I don’t know about you, but spending K-12 plus four years of college to do one of these jobs sounds depressing as hell! OK, the Augmented Reality Designer doesn’t sound too bad, but the others do.

If these are the hottest jobs in the future, then I believe the 7th hottest job in 2040 is going to be Psychotherapist for treating all the sad people out there. There will be millions of disenchanted young adults who realize they didn’t have to go to college at all.

The 8th hottest job will then be Physical Therapist for treating all the chronic back, shoulder, butt, and leg pain that goes with being angry at life. If you haven’t experienced any chronic pain yet, you will, especially those who endlessly .

We know that automation and artificial intelligence will likely eliminate millions of present-day jobs. We just have to get ahead of the game.

But the best way is to that will last throughout our lifetime so you don’t have to rely on too many other people to determine our fate. I’m pretty sure the best job in the future will still be the one where you are your own boss.

There Is Still Hope To Change The Future

According to a forecast from the Institute for the Future (IFTF),  in 2030 haven’t even been invented yet. Therefore, there’s still time to plan and change the course of time.

The key is to work on universal skills and attributes that are requirements for any job: speech, writing, teamwork, empathy, knowledge, thoughtfulness, and execution.

According to the World Economic Forum, the top 10 skills to get a job in 2020 are complex problem solving, critical thinking, creativity, people management, coordinating with others, emotional intelligence, judgement and decision making, service orientation, negotiation, and cognitive flexibility.

For all you parents out there stressing about your children’s grades and getting into the best schools, you can now stop stressing. Except for perhaps becoming a Pyschotherapist, college won’t be necessary to do any of these hottest jobs. You can learn all the job skills you’ll need for free online within three months before the robots take over.

Plenty of well-educated people are doing jobs today that don’t require a college education. For example, Google is famous for hiring the smartest people to do the most mundane things like selling Adwords to small businesses. Despite dying souls, they stay because the pay and benefits are too great to leave.

It’s absolutely worth finding a job you love to do with your one and only life. Perhaps you’ll never be able to find a perfect match. But at least you should be able to find an organization which employs people you admire and enjoy. Working with great people is half the battle, no matter how crappy the job is.

Time to get excited about the future!

Readers, what do you think the hottest jobs of the future will be? If a great job is the end game, doesn’t this list make attending college obsolete? What do you think some great jobs will be in the future? Anybody working at a job that leverages what you learned in college?