Editor’s Notes: Tom Sachs’ efforts with have offered the brand some of its most groundbreaking silhouettes. Not necessarily thanks to technological innovation (which the Swoosh has on lock particularly through its record-breaking running shoes), but through aesthetics and activations.

If you cast your mind back to 2012 when the first – a sneaker inspired by Tom Sachs’ interactions with – was released, the fanfare was huge.

To this day, the silhouette is fetching up to $15,000 – its rarity only bolstered by the fact there was no follow-up until five years later.

Sneaker releases, like modern-day albums, are hyper frequent. In the current decade, five years between collaborations is unheard of – yet is part of what ensured the continued adoration of Tom Sachs and Nike’s efforts.

The NikeCraft Mars Yard 2.0 built on the legacy of the first, improving the sneaker with an upgraded fabrication which boosted its durability. A genuinely better follow-up without bastardizing the original, a direction which continued with the boundary-pushing Mars Yard Overshoe.

Next in line is the “General Purpose Shoe,” a deviation from the NASA-inspired shoes of old, and coincidentally, the blandest offering thus far.

A lifestyle silhouette seemingly inspired by the Killshot and Waffle One, the General Purpose Shoe features a mix of suede, mesh, and synthetic materials as overlayed panels. Unlike the Waffle One or Killshot, these feature a thick midsole glued to a somewhat exaggerated waffle outsole.

Something about the construction gives off hitting 18 holes before getting for an evening hike.

While I have no doubts the silhouette will find popularity, especially in the secondary market, thanks to the sustained high resale prices on previous collaborations, I can’t help but think the follow-up is unnecessary.

Tom Sachs and Nike have found success in creating innovative designs led by engaging activations that are both infrequent and in limited quantity, and while the latter is likely true for this new silhouette, it feels like an oversaturation of the narrative the pair has built – or maybe I’m just salty because we’re still waiting for the -equipped Mars Yard 2.5. 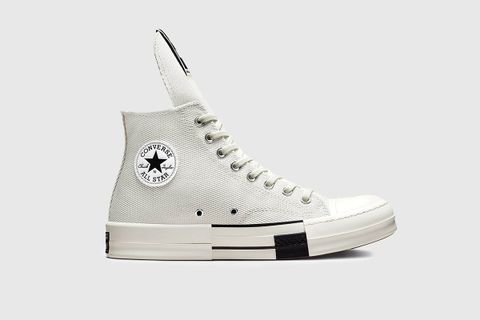