“Cold is cold,” Stephen Youngblade, The North Face’s Sr. Brand Marketing Manager tells me. “We always ask, ‘how do we protect and outfit people for whatever weather they’re up against?’”

For most of us, or is more than enough day-to-day protection. For the six brave explorers who completed the grueling, 220-day-long , something a little more heavy-duty was necessary.

All of the men on that journey wore American-made The North Face gear, situation-specific items that have since been dubbed the Trans-Antarctic Expedition (TAE) gear.

and worth a small fortune , the parkas, fleeces and pants are have all been reissued at select stores and stockists as part of a seasonal push that explores both TNF’s heritage and legacy.

The TAE items were “a magical partnership between athlete, designer, patternmaker,” Youngblade says. “Athlete tested, expedition proven. But the lifestyle consumer holds a really authentic connection to [them] as well. We want to bring some richness to that market.”

“So many elements were built into these garments for ultimate function, details you wouldn’t find in your everyday fleece and parka,” continues Carson Cook, The North Face’s Off Mountain Apparel Global Category Manager. “When it comes to the parka, [for instance,] articulation at the elbow and those distinct pleats [are] built for function. That arm articulation visual is a design feature carried into the TAE heavyweight hoodie. This parka also has adjustments at the hood, the waist, and the hem, just like the original.”

Cook points out that a few of the major differences are primarily cosmetic. For instance, legal reasons forced The North Face to update the flag patch to remove the old Soviet Union flag and swap out China’s flag for a red TNF panel. Otherwise, these are the classic TAE pieces, reborn.

“It was about honoring the past,” Cook says. “We stayed as true to the originals as possible, but we did integrate new elements such as recycled materials, Dryvent waterproof fabrics, and 700 fill down.”

Even the colors are borrowed from the original designs, colors selected both to help the explorers stand out amidst Antarctica’s desolate landscape and because, well, the athletes thought they looked cool.

“We’ve injected color and fashion so they’ll reach their goal in true style,” TNF designer Mark Erickson said at the time of the expedition. Even thirty years ago, TNF knew what looked cool.

Crucially, the Trans-Atlantic Expedition is more than badass winterwear: it’s a symbol of global cooperation for the greater good.

“We’re still inspired by that international collaboration that happened in the 90s,” Youngblade says. “Expeditions like these are a [great] way to [bring attention to] existential threats like climate change.”

“There’s a lot of internal passion for bringing forward [these kinds of] stories from our archive. so we try to bring it to where the consumer is too.”

Remember, part of the 1990 expedition’s original goal was to “protect Antarctica for scientific research and education and to block any mineral exploration of the continent,” as said.

It also inherently advocated for international alliances to be formed in response to an all-encompassing threat: climate change wrought by environmental degradation.

The North Face’s TAE collection “honors our past but it’s also really important as our brand looks to the future of environmental preservation and advocacy,” notes Cook. He pointed to the as a symbol of model collaboration.

“It goes back to The North Face’s cultural impact,” continues Youngblade. “These are the right opportunities for The North Face to involve itself in different aspects of culture while retaining its outdoor roots.” 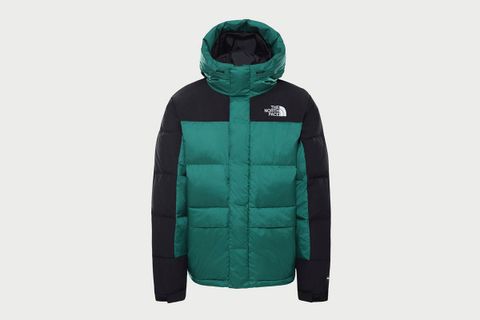