Dr. Melfi would have a field day with The Many Saints of Newark.

The HBO series that pathologized the mind of a modern-day mob boss (and also launched a golden age of TV, nbd) returns now in 2021 with an HBO movie digging into the roots of those troubles. It’s got all the answers Tony Soprano’s therapist ever sought, and they’re no longer filtered through an unreliable narrator who may have lied to himself more than anyone else in his life.

The Many Saints of Newark shines a light for the first time on what Tony knew, what he didn’t, and where his truths and lies are buried. While his teenage years aren’t this story’s sole focus, everything that happens has a rippling impact on the young Tony, played with uncanny fidelity to James Gandolfini’s original performance by the late actor’s son, Michael.

Tony’s emergence is simultaneously the deepest narrative layer at play and also the entire reason this movie exists. The Many Saints tagline asks “Who made Tony Soprano?” The answer to that question is a name Sopranos fans have heard plenty of times before, and on the surface, he’s the star of this story: Dickie Moltisanti.

That surname — which notably translates from Italian to “many saints” — ought to ring a bell: Dickie’s son Christopher (or Christophuh, for the real ones) played an outsized role in adult Tony’s life. We’ve always known that Chrissy’s dad had a similar role to play in the younger Tony’s life, acting as a sort of father figure. But now we get to see it firsthand. 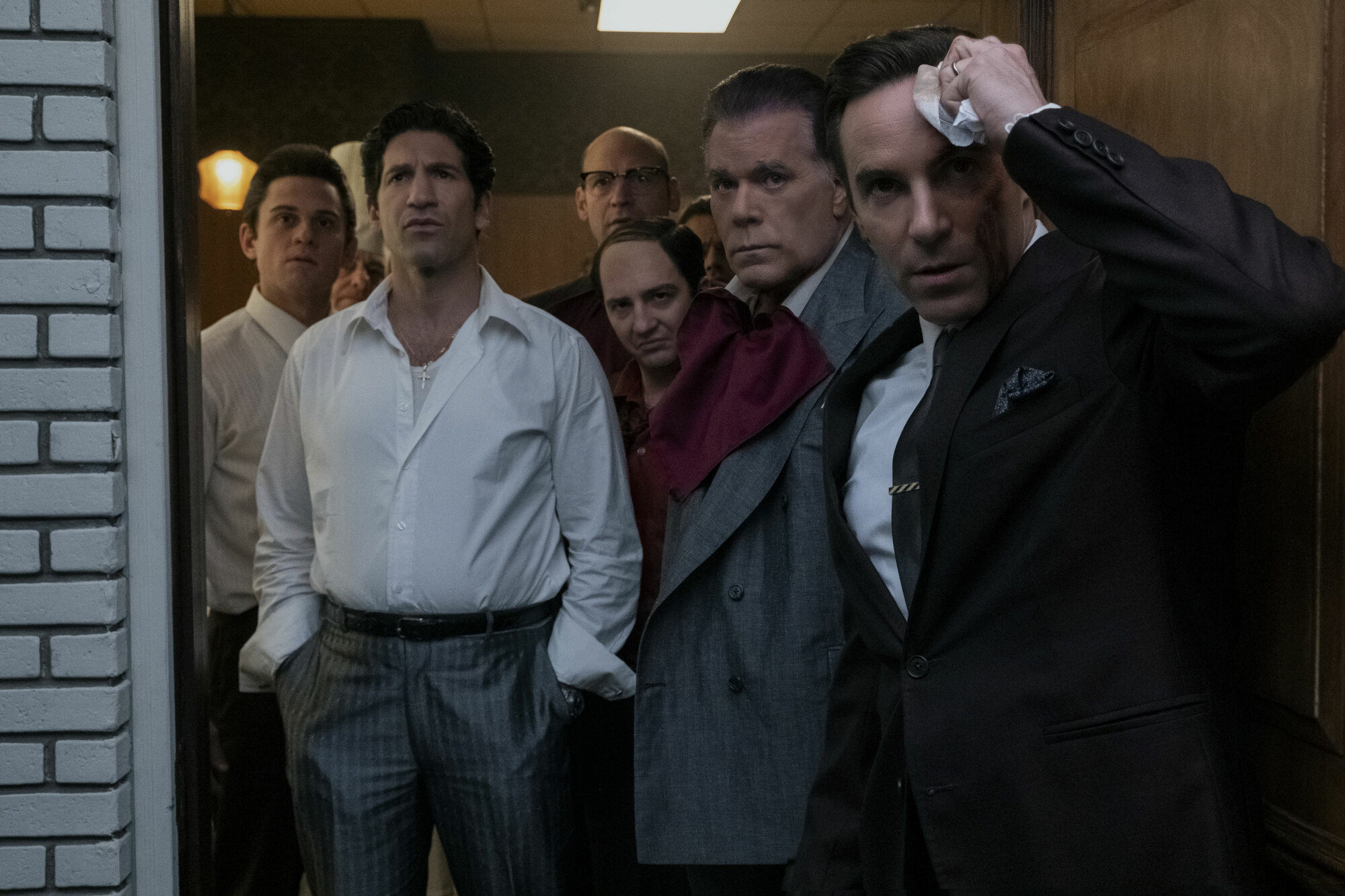 Fan service is a big presence in “The Many Saints of Newark”, though it gets too distracting at times.
Credit: BARRY WETCHER / WARNER BROS.

In Many Saints, Dickie is a mid-level New Jersey wiseguy who finds himself caught in a racially charged blood feud with a former associate, Harold McBrayer (Leslie Odom, Jr.), after Harold strikes out on his own and steps on the Italian mob’s toes in the process. But just like The Sopranos, this isn’t a singular story but rather one corner of a broad canvas that places just as much narrative weight on the everyday trials and tribulations of a mobster’s life.

In that sense, Many Saints is more of a portrait. The Sopranos had the luxury of developing its characters and their idiosyncratic personalities over six seasons. By dialing the focus down to, functionally, just one main character, this prequel manages the same for Dickie within the confines of a two-hour film.

Alessandro Nivola does a tremendous job of capturing Dickie as a complex individual who, much like Tony, finds himself regularly caught between his grim and often violent duties to an organized crime family and his surprisingly tender, if heavily calloused, heart. Dickie is a thief and a murderer with a fiery temper — a trait that runs in the family, we learn — but time and again we also see a man who’s haunted by his actions. Dickie is too self-absorbed and enmeshed in the life to alter his course, but he’s not beyond remorse.

Those swings are on clear display in Nivola’s performance. Dickie is an emotionally intelligent sociopath who also happens to be a natural leader. He broods and weeps over his dark, irreversible choices. He awkwardly reconnects with an exiled and imprisoned uncle in a misguided act of repentance that Dickie himself never seems fully sold on. But he also commands the respect of those around him, and is the person all eyes turn to when critical decisions need to be made. Nivola carries all of that gracefully, delivering a layered character who is both relatable and despicable.

The Many Saints of Newark shines a light on what Tony knew, what he didn’t, and where his truths and lies are buried.

With so much narrative scaffold built up around Dickie, however, it’s hard for any of the other characters to really stand out. If Many Saints is a gangster movie on the surface and an origin story for Tony Soprano deep down, the middle depths are more fandom-focused. The script is awash with direct and indirect references to key Sopranos moments — everything from “Gogootz!” to “He never had the makings of a varsity athlete.” — as well as younger versions of adored characters.

There’s a price to pay for all of that fan service, though: It’s downright distracting. This is a movie that’s made for the fans, but those same fans will probably need multiple viewing just to appreciate the story. It’s hard to focus on Dickie’s exploits as a wiseguy when you’re hunting every frame for a snippet of dialogue or visual cue that addresses some unanswered question from the HBO series.

Of course, all that noise doesn’t detract from the visceral delight of seeing our favorite wiseguys like Silvio Dante, Paulie Walnuts, and Big Pussy as young and hungry gangsters. These performances border on becoming caricatures at times, but that makes sense. We spent six seasons watching tics and quirks transform into layered personalities. The younger performers don’t have nearly as much time or focus in this shorter story.

The movie seems to get that, too, playing each character’s appearance for the wink-y laughs they bring to any scene. There’s likely to be lots of talk about John Magaro’s take on Silvio, which is a close-to-perfect interpretation of Steven Van Zandt’s memorably specific performance on the show. But Billy Magnussen’s Paulie and Samson Moeakiola’s Big Pussy are just as faithful to each character’s core personality and idiosyncrasies.

For those that have a central role to play in the story, we get more depth. Livia Soprano was always one of the HBO series’ most difficult-to-unwind characters, and Vera Farmiga’s take, which beautifully channels Nancy Marchand’s quirks from the show, gives us a younger Livia who is still fully in command of herself but who is also no less toxic or dysfunctional as a parent.

Farmiga gives Livia the big moments that are needed to sell the character while still leaving space in the performance to actualize the positive impacts she had on Tony in his youth. This Livia is loud, obnoxious, judgmental, and emotionally abusive, but she also has the capacity to grasp onto brief moments of sentimentality. Tony always hated his mother more than he loved her even if that love was always still, somehow, there. Farmiga shows us that somehow. 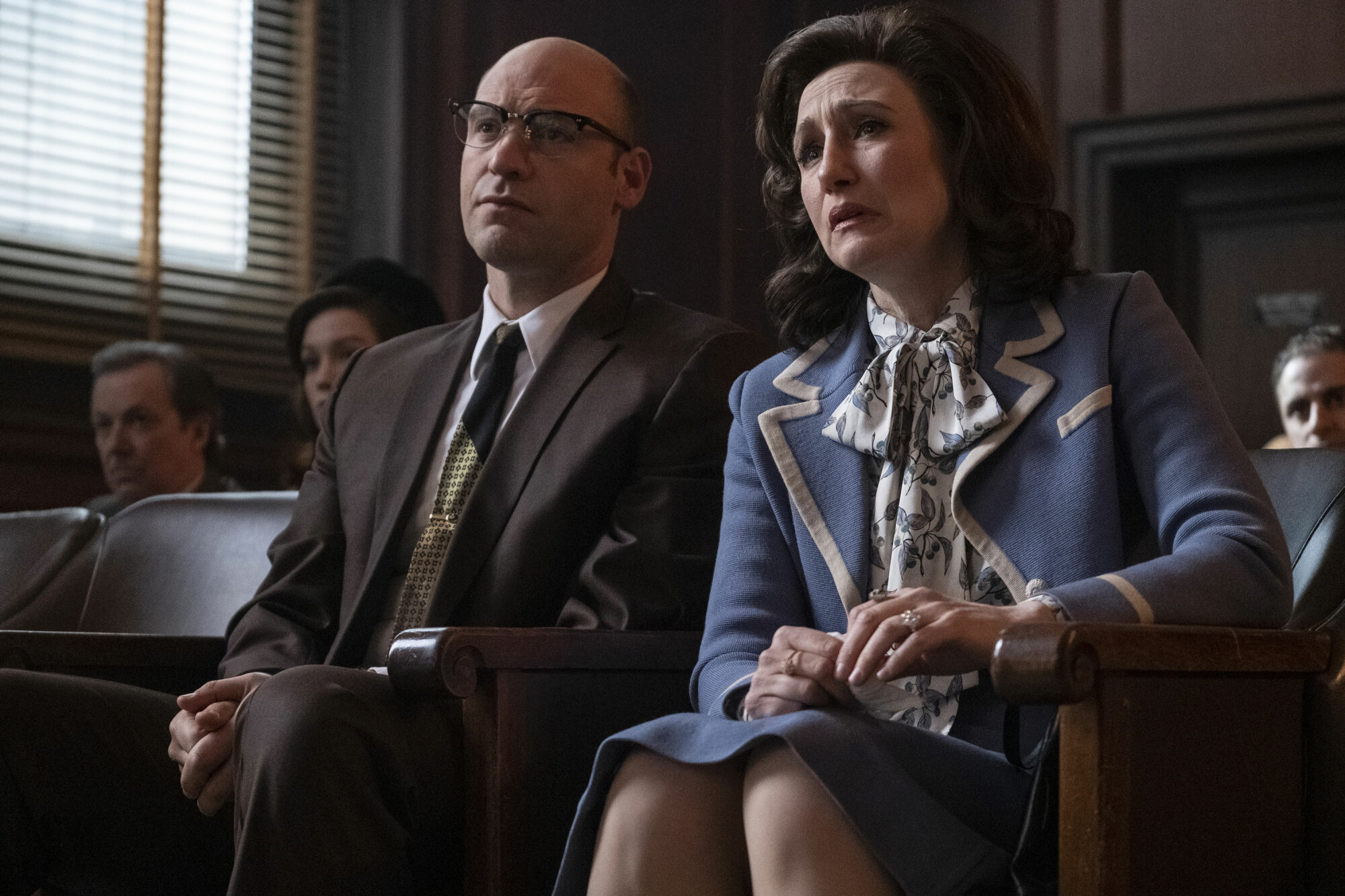 Then there’s Corey Stoll, who steps into the role of a younger Corrado Soprano, aka Tony’s Uncle Junior. Stoll’s performance is great. He’s a talented actor, and he nails the character’s mannerisms and speech patterns. But as a person, Junior just isn’t as big a personality as many of the others in the Sopranos crew. Also, while he plays an absolutely pivotal role in this particular story, we don’t spend an awful lot of time getting to know the young Uncle June.

It almost feels like The Many Saints of Newark might’ve worked better as — wait for it! — a TV series. Creator David Chase brought back Sopranos veteran Lawrence Konner to co-write the script and Alan Taylor, who helmed multiple episodes, to direct. These are guys who get the show — not just what it was doing from episode to episode, but what it was about. They bring that experience here and it elevates the movie into something any fan will appreciate.

There’s too much going on, though. It’s a gangster movie. It’s an origin story for one of the 21st century’s most celebrated antiheroes. It’s a work of immaculate fan service. There’s a big, sweeping power struggle and small, deeply revealing slices of life. And then there’s Michael Gandolfini, owning every second he’s on the screen as he inhabits one of the greatest performances in the history of television.

Tony never brought this kind of honesty and transparency into Dr. Melfi’s office. Sure, The Many Saints of Newark is one more chance to live inside a world that, for all its ugliness, is also darkly funny and grounded in relatable themes. But the good doctor’s penetrating gaze would never settle for such a straightforward take. In spite of its faults as a story, Chase’s unexpected journey into the past offers a revealing picture that immediately becomes vital addition to The Sopranos family history and deepens our understanding of its most central character.