The adidas YEEZY SLIDE is Releasing in “Core,” “Resin, “Pure” and “Enfora” 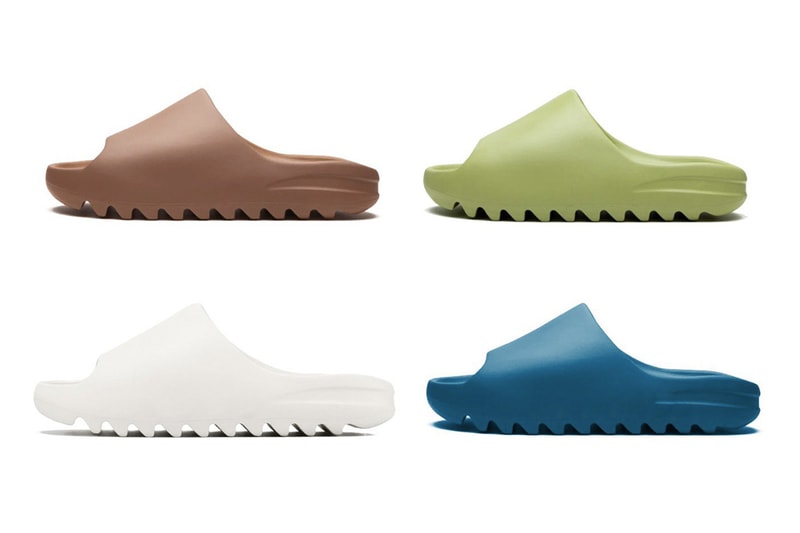 According to insiders , the is set to drop in four new colorways in the coming weeks. Sharing a mock-up, we get a first idea of the tones to expect on the upcoming “Core,” “Resin, “Pure” and “Enfora” colorways.

Following ‘s recent interest in bright and bold tones, included in the selection are neon green and striking blue takes on the lounging essential. The brown and white colorways continue the earthy hues that were introduced along with the debut of the silhouette.

*LEAK ALERT*: 4 newYeezy Slides will be dropping this year.
A pack of 3 will be first dropping on April 21st, the the 4th colourway dropping later in the year on June 21st.
Check our mock ups of what to expect in the pic below.
Please RT & Follow. ?