Tesla’s success has been something out of a fairy tale. Not only has the American electric vehicle and clean energy company completely revolutionised the modern auto industry but it’s done much to popularise renewables and technology among a whole generation of consumers. Tesla’s made science cool again – whilst also making a lot of money for its founder, maverick tech visionary Elon Musk.

Indeed, Tesla just reported its seventh consecutive quarter of profits, despite a number of high-profile crashes caused by their autonomous driving software giving them grief in the press. The last twelve months have seen Tesla stock absolutely skyrocket, climbing from a 5-year average of around 50 USD up to 2019 to a whopping 880 USD at the start of 2021.

In short, things look good for Tesla – but could there be something undoing its success?

The reality is that Tesla isn’t actually making a profit on their vehicle sales. Actually, they’re making a non-insubstantial loss on every vehicle they sell, and they have been for a while. All that profit’s coming from two sources: regulatory credit sales, and crypto investments.

The first isn’t that suspect. Essentially, many international governments, such as the United States and European Union member states, hit car manufacturers with fines if they don’t meet emission reduction targets. In some jurisdictions, manufacturers who beat the targets can sell the difference as credits to those who aren’t.

Tesla has credits to spare, so they sell them to companies that would otherwise miss targets. It’s like a carbon trading scheme; totally above board and crucially, incredibly profitable for Tesla.

It’s the crypto investments that could be considered hypocritical. 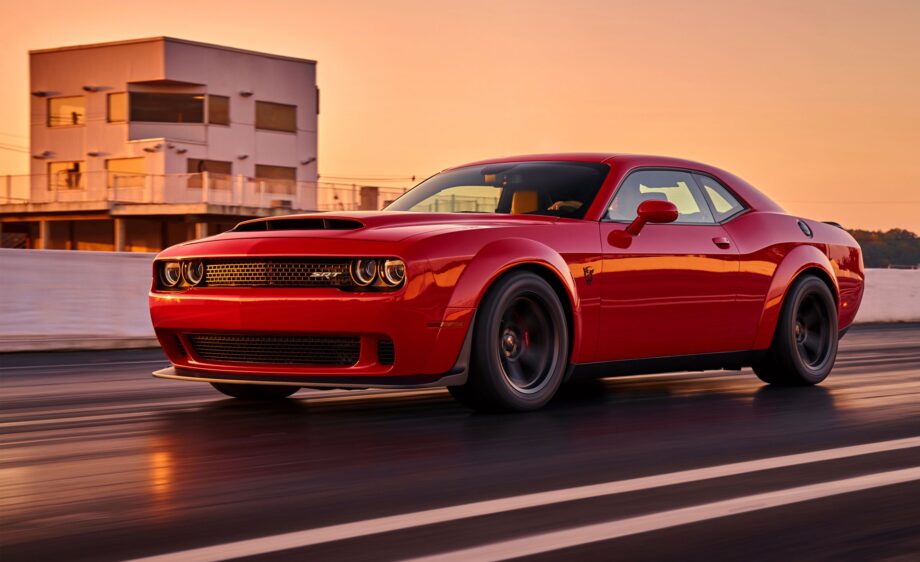 Fiat Chrysler Automobiles (now part of the Stellantis group), which produces many fuel-hungry cars like this Dodge Challenger SRT Demon, is one of the biggest purchasers of regulatory credits from Tesla. Image: Car and Driver

Back in January, Tesla bought around 1.5 billion USD of Bitcoin, the world’s most valuable and prolific cryptocurrency, only to sell around 10% of their Bitcoin a few months later before their Q1 2021 financial results. It’s a somewhat suss move, considering Elon Musk’s high-profile backing of crypto as well as their announcement after their big Bitcoin buy that they’d let people buy their cars with the cryptocurrency. As Bradley Brownell puts it:

“Tesla purchased $1.5 billion worth of BTC, announced that the company would begin accepting BTC as payment for its cars, which drove up the value of BTC, then sold enough BTC to make a hundred million in profit. Strange how that works, eh? Surely nothing untoward going on there. Not at all.”

It certainly doesn’t pass the pub test, and demonstrates just how much sway Tesla (or more specifically, Elon Musk) has over current investment trends. In the same way how anything Kanye West wears will become the next big thing in fashion, anything Musk backs will become the new flavour of the month when it comes to investing, it seems.

“Tesla could become an interesting test case for corporate bitcoin ownership, and it wouldn’t be surprising if Musk’s old nemesis, the Securities and Exchange Commission, did some digging into it, especially given his social-media activity,” MarketWatch’s Therese Poletti relates.

“Tesla will continue to allow customers to make deposits and complete the purchases of its cars in bitcoin, and Musk has said that Tesla will hold that bitcoin. Those statements suggest bitcoin sales will not become another Tesla gimmick to push every quarter into the black, like regulatory credit sales, but Musk and Tesla have been known to not live up to forward-looking statements before.”

No, you do not. I have not sold any of my Bitcoin. Tesla sold 10% of its holdings essentially to prove liquidity of Bitcoin as an alternative to holding cash on balance sheet.

But it’s not just the optics of Tesla’s Bitcoin gamble that are really concerning, it’s the environmental implications.

“Tesla has had nine profitable quarters in the last three years, and is currently running seven in a row,” Brownell continues.

“Very few of those have come without regulatory credit sales bumping the company into the black. As other automakers embrace electric vehicle sales, there will not be nearly the market for those credits in the automobile space.”

“Will Tesla be able to continue apace without the help of such sales? I guess it’ll have to invest heavily in alternative currencies, which is a huge source of environmental distress.”

And there’s the rub: crypto is terrible for the environment, which is why it’s ironic that Tesla’s throwing its weight behind it.

Mining and storing crypto consumes an enormous amount of electricity, and the reality is that the vast majority of electricity generated globally comes from non-renewable sources. According to , a single Bitcoin transaction has the same carbon footprint as 1,140,542 Visa transactions or 85,767 hours of watching YouTube. 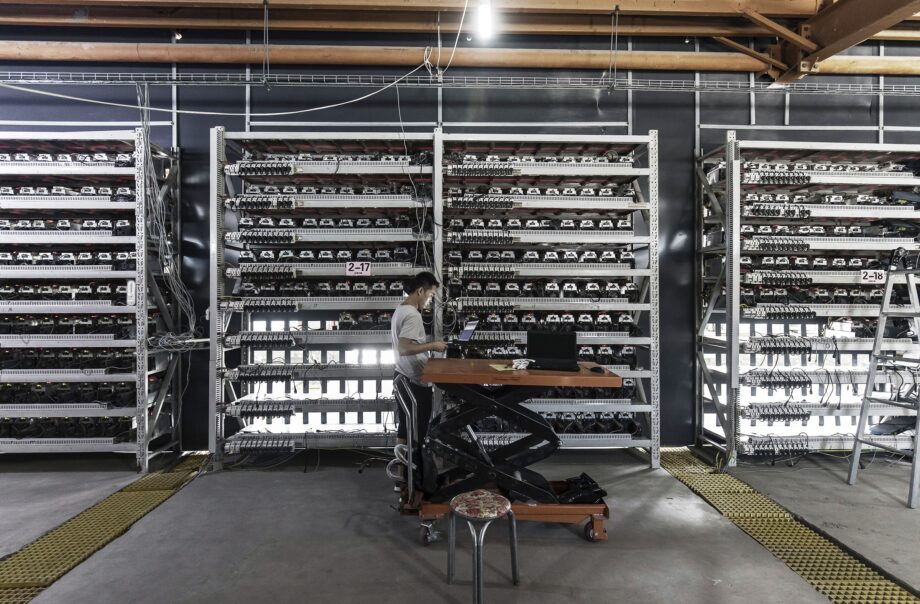 A crypto mine in China. China is home to more crypto mining operations than any other country, despite the fact that crypto transactions are largely banned there. The Chinese government has started to crack down on mines because of their extraordinary electricity consumption. Image: Getty via WIRED

“Analysis by the suggests the bitcoin network uses more than 121 terawatt-hours annually, which would rank it in the top 30 electricity consumers worldwide if it were a country… Bitcoin’s carbon footprint will get exponentially worse because the more its price rises, the more competition there is for the currency and thus the more energy it consumes,” reports.

The real question is this: is Tesla’s Bitcoin investment worse for the environment than the internal combustion engine (ICE) cars that Tesla’s helping take off the roads? The answer is obviously no, but it’s still less than ideal that Tesla needs to rely on such a polluting currency in order to stay afloat.

Ultimately, Tesla’s Bitcoin moves and regulatory credit sales are an abstraction. The core issue is that Tesla’s not actually generating a profit from its car sales, and so it has to rely on those other forms of revenue. This suggests they need to invest more in their manufacturing capacity; get more cars into showrooms for cheaper prices; so that they can start to turn a profit from their core business.

Tesla has already inspired hundreds of thousands of consumers around the world to join the energy revolution. If Tesla’s continued success helps drive more investment in renewables, then Bitcoin’s potential environmental impact becomes less of an issue.