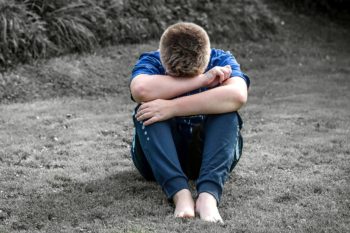 Unfortunately, sometimes dreams don’t come true. In my quest to simplify life, I was blinded by the belief that the rental property I bought in 2003 would also be eligible for the full $250,000 / $500,000 tax-free profit exclusion if I moved back in tomorrow and lived in it for the next two years before selling.

With this new rental property I’m considering selling, I lived in the property for two years (2003, 2004), and then have been renting it out for the past 14 years. Even if my family moved back into the rental for two years, we’d only be able to get a prorated tax-free profit exclusion equal to the length of time we lived in the property divided by the entire length of ownership. That’s normally the case for rental properties bought after January 1, 2009, but a law was passed since I bought the property where all use of the rental prior to January 1, 2009 is deemed as “qualified use.”

To make further sense of the tax free exclusion, I invited Amy, a law partner, , and fellow property owner who went through this same exercise to elaborate. She spoke on this subject before when I first considered selling this rental property several years ago, but I forgot. This is why it’s so important to make sure you write out your thesis and explain it to as many people as possible BEFORE making a large financial move.

For an owner who buys and moves into the property, lives there for at least two years, and later sells it without ever renting it out, the exclusion is simple. You get all of it. But for owners who have turned their primary residence into a rental for some portion of that time, the nuances of § 121 become important.

Here are some examples illustrating how it works:

Background facts: Bob buys a place on January 1, 2003 for $500k. It’s now 2018, and he is planning to sell it for $900k. He’s trying to figure out how much capital gain he will have, and whether he should move back into the property for tax savings.

Scenario 1: When Bob bought his house in 2003, he moved in right away. He lived there until January 1, 2016, and started renting it out after that. He plans to keep it rented until he sells it.
So long as he sells it before January 1, 2019, all of his use is “qualified use” under § 121. The last three years of rental property usage is included in “qualified use” under § 121(b)(5)(C)(ii). That means all of his capital gain is potentially eligible for the exclusion.

To the extent that Bob ever took depreciation deductions on the property, either for “home office” or other business use while he lived there, or depreciation he took for having the property as a rental, that amount of capital gain must be recognized and taxed (“recaptured”) under § 1250, irrespective of the capital gains exclusion we’re discussing here.

We could spend a whole day going on about that code section, so for now, we’re going to set that issue aside. Just keep in mind that with each of these scenarios, you first pay capital gains on the depreciation recapture, and then you run the math on the exclusions applicable under § 121.

But we’re not done yet. Of that $336,000 potentially excluded capital gain, Bob can take only $250k of it if he is single. If he is married (and if both Bob and his spouse meet the use test), he and his spouse could take the full $336k exclusion.

If Bob continues to live in his old rental, then his prorated capital gains inclusion will continue to grow, but never back to 100%. For example, if he lived in the property until Jan 1, 2022 (for three more years) after moving in on July 1, 2018, his exclusion would be 16.5 / 19 years, or 87%. The best thing Bob should have done was kick out his tenants with enough time to sell before Jan 1, 2019 to get the full exclusion and not move in before then.

Scenario 3 (the tax law changed on Jan 1, 2009): Now let’s assume that Bob rented out the property early on and moved in later. Bob bought his house in 2003 and rented it out immediately. Starting on January 1, 2009, the tenants moved out and he moved into the property. He’s now considering selling the property today.

All of Bob’s $400k capital gain is potentially excluded. All rental property activity prior to January 1, 2009 is considered “qualified use.” This new proration portion of § 121 kicked in on January 1, 2009, so all rental usage before then is a freebie, so long as you meet the 2-out-of-5 rule before you sell. If Bob is single, he can take a $250k exclusion. If he is married (and if both Bob and his spouse meet the use test), he and his spouse could take the full $400k exclusion.

Example 4 (another tricky one): Similar to Example 3, but Bob moves into the property even later. Bob bought his house in 2003 and rented it out immediately. Starting on January 1, 2014, the tenants moved out and he moved into the property.

You can see more details from .

Go Through The Numbers Carefully

I’m sure a number of you are still confused after these examples. Just read each scenario multiple times and ask for clarification and you’ll eventually get it.

The bottom line: in order to qualify for the full home sale exclusion under the Code Sec. 121(a) two-out-of-five year ownership and Use Rule, the non-qualifying use (rental property, office, etc) after the owner leaves his principal residence can’t exceed three years. After three years, you must prorate the exclusion by taking the number of qualified years divided by the total years of ownership if you have lived in the property for two out of the last five years. If you don’t meet the 2/5 rule, you get no exclusion at all. Not even proration.

For those of you who’ve owned rental property for a long time (i.e. 10+ years) and are sitting on large gains, it doesn’t seem worthwhile moving back into a rental to try and save on taxes. Instead, the best move is to hold onto your rental property for as long as possible to avoid any selling costs and capital gains tax or do  and buy a new rental property with the proceeds.

After going through this exercise, my family is probably not going to downgrade our lifestyle by moving back into our two bedroom rental to save maybe up to $91,368 in capital gains tax as a married couple. We still get to add in capital improvements to increase our cost basis and lower our tax bill. We want to live life to the fullest now.

Sometime in the future, we may put the condo on the market once our tenant’s lease runs out and do a 1031 Exchange into a more expensive property in Honolulu. We’ll rent out the Honolulu property for at least one year to legitimize the property as a in-kind rental. Then in 1-4 years we’ll move into the property and make it a primary residence, just in time for our son to go to pre-school or kindergarten.

Or, we’ll just keep both properties, hire a property manager, and save diligently in order to buy a Hawaii property when it’s time to move. I’ve always felt the best to buy property to enjoy rather than to rent out. The only issue with keeping both SF properties is that I’ll need to find some way to save $1M more since I won’t have the proceeds from the 1031 Exchange.

Guess I can’t slack too much with Financial Samurai!

(at this moment, it seems more prudent to rent in expensive cities like Honolulu than buy)

Readers, if you want to provide more examples and clarification, please do. This tax stuff is confusing, but together, we’ll figure it out. Sorry to get your hopes up in an earlier article. Since I purchased my rental property in 2003, the tax law changed, which is a risk everyone must calculate when investing for the future. Please always consult with a qualified tax professional.