TAG Heuer’s Silliest Watch Release May Actually Be Their Smartest

Brand collaborations in the luxury watch world are nothing new – and have resulted in some of the most well-received (and divisive) timepieces in recent memories.

You have winning combinations, like , and of course long-running collaboration with the James Bond film franchise… But then you’ve also got more controversial ones, like cringe-y Naruto collection or – “the ugliest watch ever made”.

Another horological collaboration that’s plainly fallen into the latter category is s latest experiment: a Super Mario limited edition of their , which retails for AU$3,100.

This collaboration between the 161-year-old Swiss watch manufacturer and Nintendo, Japan’s video gaming juggernaut, sees the Connected receive a unique bezel with Mario-inspired indices at 3, 6 and 9 o’clock; a bright red strap with a Mario logo buckle; and most crucially, unique animated visuals of the famous fictional plumber that accompany time-telling as well as fitness goals, such as progress towards your step count.

It’s often said that smartwatches and other wearables work on a system of ‘gamification’: turning hitting fitness goals into a rewards system much like a video game, using that rush of dopamine we get when we hit a goal to motivate people to continue working out.

This collaboration is a very literal interpretation of that concept, something that TAG Heuer directly addressed in their launch announcement – even going as far to say that the Mario animations are “inspired by the famous ‘easter egg’ concept that all gamers know very well, which consists of hiding features and surprises as a bonus in video games.” Clever.

If you look on TAG Heuer’s , there’s nothing but praise for the collaboration – but many watch aficionados and publications have been quick to tear TAG’s Italian time-teller to pieces.

One only has to take a quick look at the comments section below Hodinkee’s about the collaboration or head to well-known watch satirist profile to see where most enthusiasts’ sentiments lie. A choice comment: “April 1st was a few months ago.”

has called it “ugly” and for “rich people with no ounce of tech-savvy”. was even less restrained in its criticism of the watch, calling it “a brand-defiling joke that makes the Black Panther Marvel watch seem positively demure.” 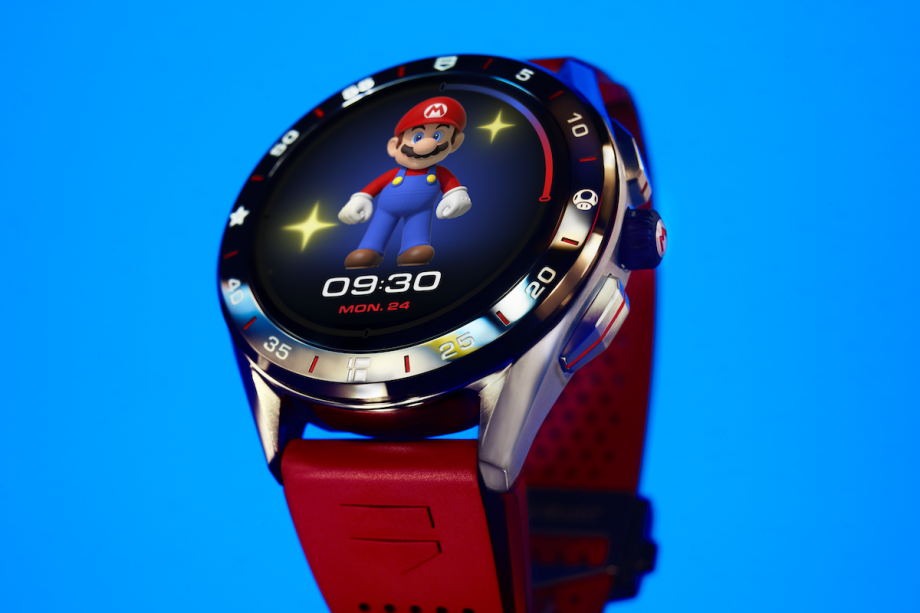 But here’s the uncomfortable truth (at least for TAG Heuer and Nintendo’s naysayers): all 2,000 examples of the watch have already sold out after being on the market for less than a week. A vocal minority of watch fans might not like the collaboration, but those numbers speak for themselves.

Regardless of what you think of the watch, you have to at least respect that TAG’s at least trying something different. Few other Swiss luxury watchmakers have been bold enough to even try and make a smartwatch, let alone try something playful like a collaboration with one of modern pop culture’s most loved and iconic characters.

TAG have also confirmed that this watch is but the first in what’s to be an ongoing collaboration between them and Nintendo, so there’s a good chance we might see some other Mario watches – or perhaps some other Nintendo properties – grace a TAG Heuer dial very soon. A Legend of Zelda watch, anyone?