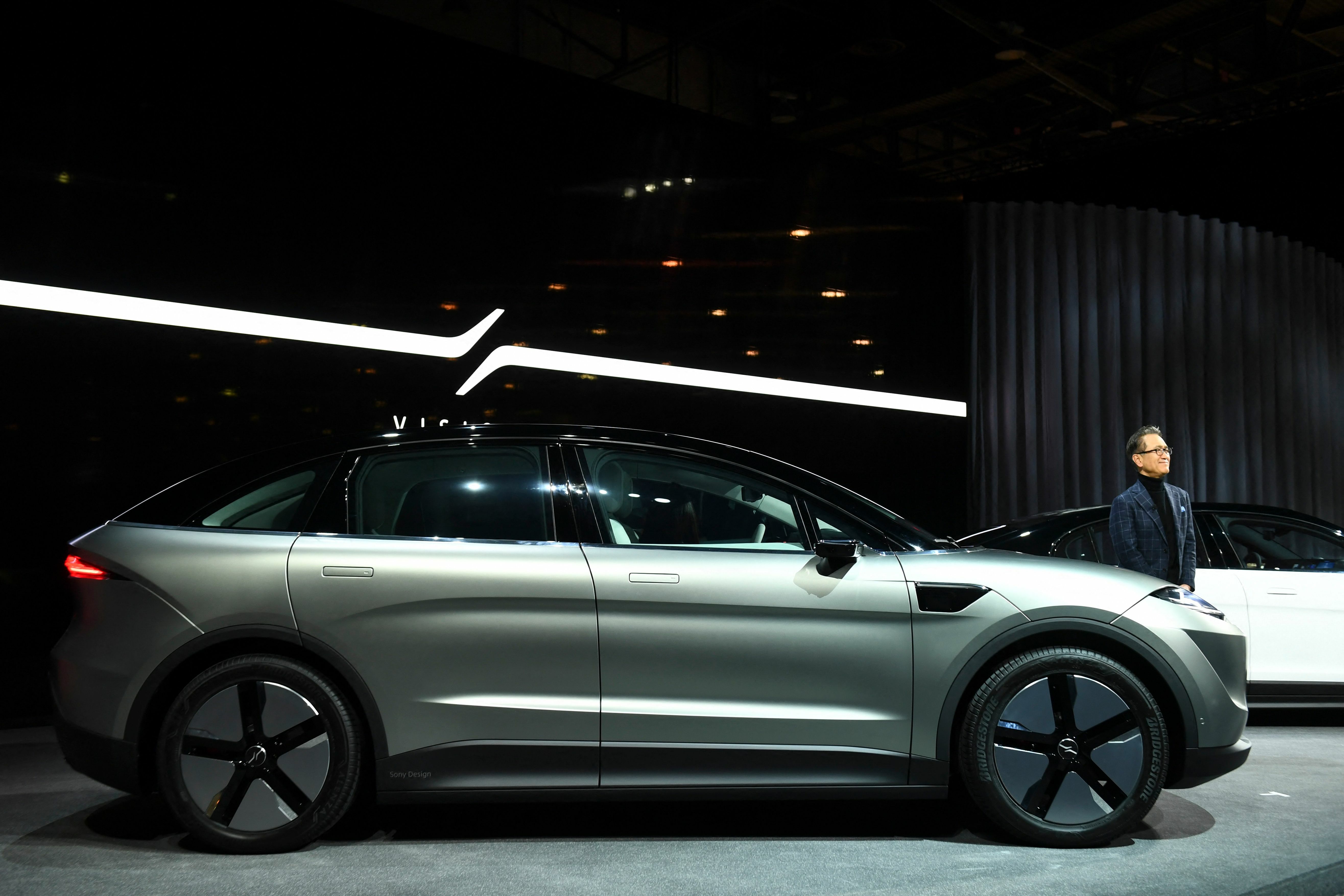 Sony did it again, surprising CES attendees with another electric concept car, this time a 7-seater SUV.

Sony CEO Kenichiro Yoshida revealed the Vision-S SUV prototype on Tuesday, a followup to a concept car with the same name that the company .

Sony plans to look into whether it can enter the increasingly crowded EV market through a new operating company, , this spring, according to a statement. As more consumers purchase electric cars, several automakers are expanding into electric SUVs and trucks.

The company known for TVs, speakers, and cameras, boasted that its prototype provided “immersive” audio, gaming capabilities, a panoramic screen up front, and rear-seat displays.

Sony has its eyes set on autonomous driving, too, according to the statement. While the Vision-S announced in 2020 had 33 sensors, the SUV has 40. Assisted driving features have been all the rage in new EVs. GM has Super Cruise, a hands-free driving system, in its , and Tesla offers its so-called Full Self Driving feature, which provides steering and parking assistance, among

While the Vision-S and its SUV build are just prototypes for now, several EV concept cars have come to market over the years. For example, the and , both coming in the first half of 2022, were once concept cars.

All the concept cars that became real EVs

Sony is currently testing the Vision-S sedan on public roads in Europe. It didn’t say when or where it would test drive its SUV prototype.

Both the sedan and SUV will be on display at CES this week. Details about battery type, driving range, or charging capabilities were not made readily available.