As we head into the middle of summer, stores are starting to clear their shelves and make way for fall arrivals. As such, they’re also holding some deep sales. From tailored clothing to casualwear to even a great deal on a suede tote, here are six sale sections that I think are notable.

just launched their spring sale, where you can find select items discounted by as much as 30%. Included are this season’s and terrycloth polos, which look great with shorts and . To the degree that you can wear a jacket in the summer, this , , (pictured above), and will help finish a look. Come autumn, can look great with chinos, jeans, and tailored trousers ( features some good looks with this jacket on his site). would also make for a good market bag — something you can use to carry groceries, packages, and other small items for quick errands.

For something a little more tailored, and are among the best values in their category. They’re not cheap, even when on sale. But Rota’s trousers have a rare slim leg line paired with a respectable mid-rise (sometimes bordering on a higher rise). They also have generous inlays that allow for easier alterations. As a color, this goes better with dark brown jackets than your usual (although, the second is more versatile). The Italian shirtmaker G. Inglese also has a knack for making handsome collars. For some reason, I haven’t been able to get my regular shirtmaker to replicate it. There’s something about their lining and cut that just results in very attractive shapes. 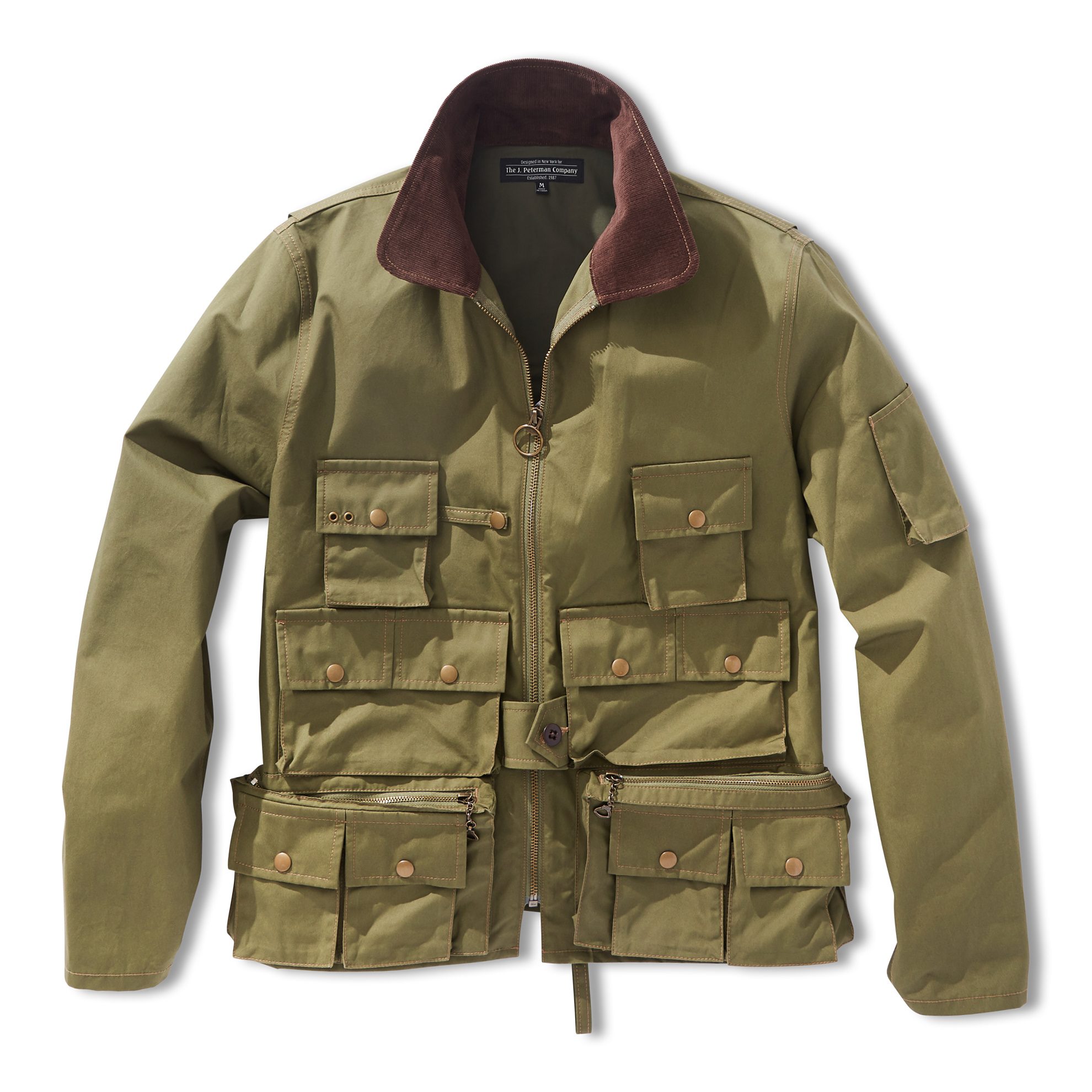 Despite the company’s solid reputation, I’ve always dismissed as a charming footnote about catalog clothiers and . But since I’m on their email list, I get their notifications about new products. A few months ago, I was surprised to see them advertise a . From what I can tell, the Freestone is an authentic fishing jacket. Made with dozens of flappy pockets and a short body, it’s designed to get you in and out of a stream. But it also looks like something you might find at Engineered Garments or Kaptain Sunshine, two Japanese labels known for remixing Americana and outdoorsy gear. I think it would look great with raw denim jeans, a chunky Aran, and some work boots. It’s also on sale for $248. 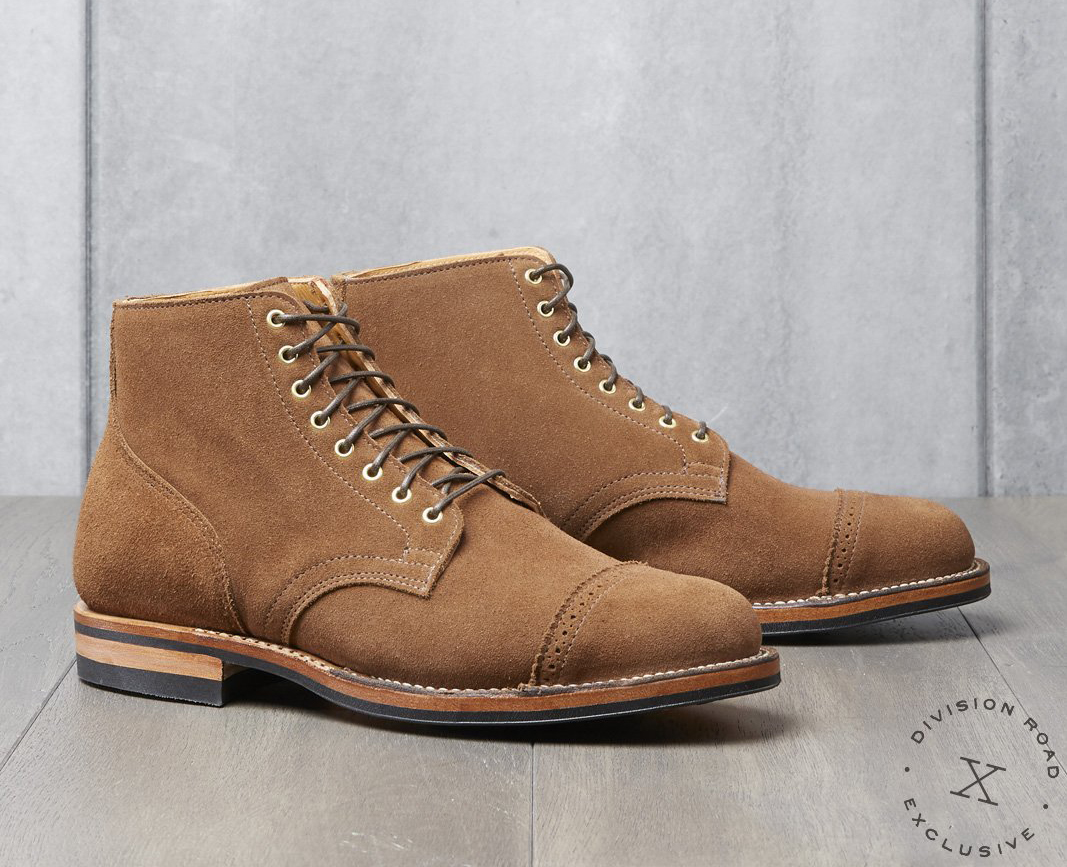 Division Road: Up to 60% Off Select Items

is moving from Seattle, Washington to Charlottesville, Virginia. To save themselves some freight costs, they’ve discounted a wide range of things on their site by upwards of 60%. Included are some things that rarely see deep discounts, such as (size up) and . are modeled after something US troops wore in the Second World War. They’re to workwear what boat shoes are to prep, which is to say they go with everything in their genre.

There are also some basics, such as starting at $80 and for $100. Among the outerwear, you can find waxed cotton trucker jackets from the , , and some workwear jackets from the . I really like this , which is longer and more traditional fitting than some of Gloverall’s “contemporary” models. e has good photos of it being worn. 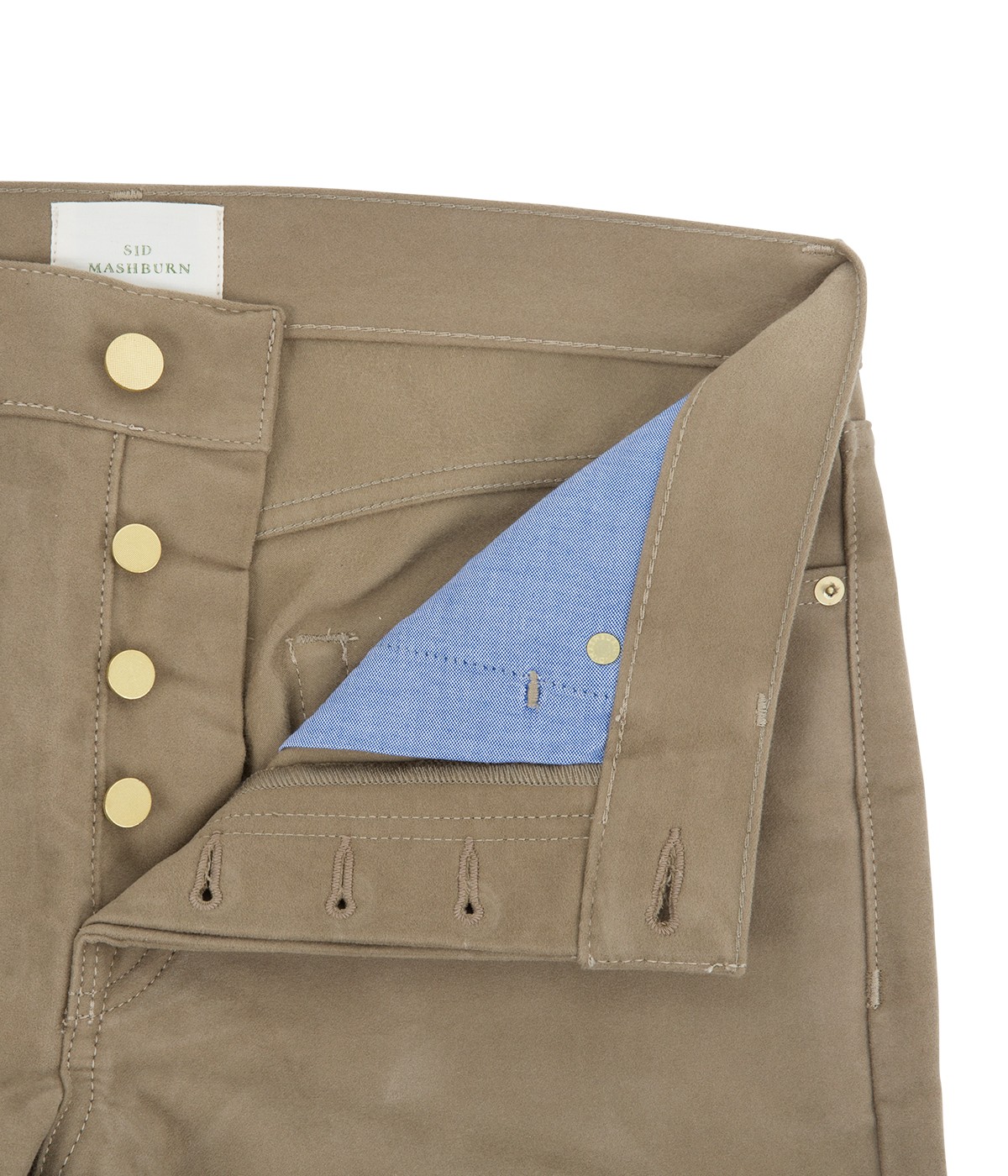 five-pocket pants are a great alternative to blue jeans and tan chinos. They sit in that narrow space between the slimness of J. Crew and the dad-style of Ben Silver. The only problem is the sizing (). But you can always call one of their stores and have a sales rep measure a pair of pants for you.

This morning, Sid Mashburn deepened their sale, dropping prices to 50%. Included are a bunch of their five-pocket pants in handsome colors and materials, such as , , and . Note, there are two models on there — a new cut and an old cut — which fit slightly differently. I’ve only tried the new cut and recommend going up two sizes in the waist. , where you can find discounted , , , and . 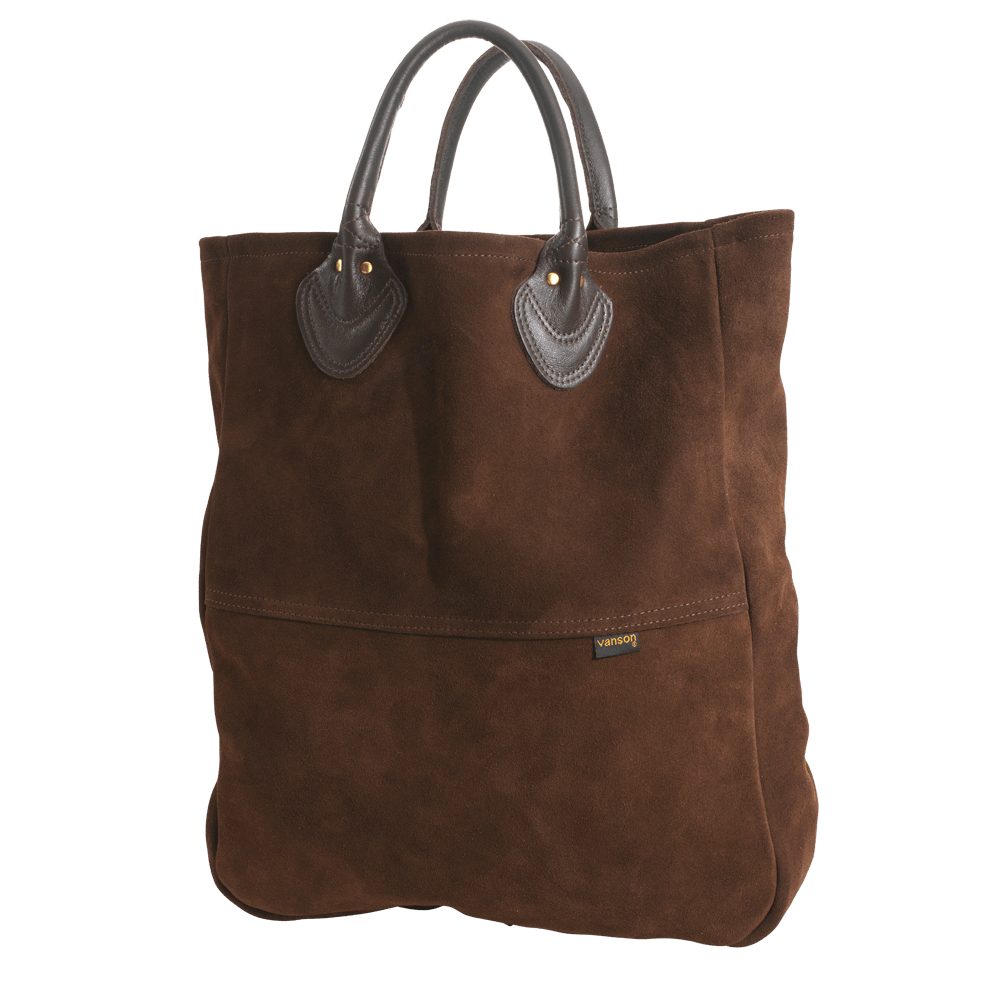 is one of the last American manufacturers of leather jackets. They’re located in Fall River, Massachusetts, just a couple of miles away from . While they’ve made jackets for fashion brands such as and , they primarily specialize in outerwear designed for actual motorcycle riders. They’re similar to Schott, in some regards. They offer tough-as-nails construction for a very reasonable price (jackets are often around $650). And while much of their work is focused on durability, they’re also .

I recently noticed that they also make bags, including . This is a simple, unlined bag with double-stitched and riveted handles (probably as tough as their jackets). To be sure, there are some obvious downsides to using a suede tote: it’s heavier than canvas and will pick up dirt marks easily. And unlike cotton canvas totes, this isn’t something you can throw into the wash. However, I like how it looks with workwear and Americana styled outfits. . The tote is currently on sale at 15% off, making it just $126. 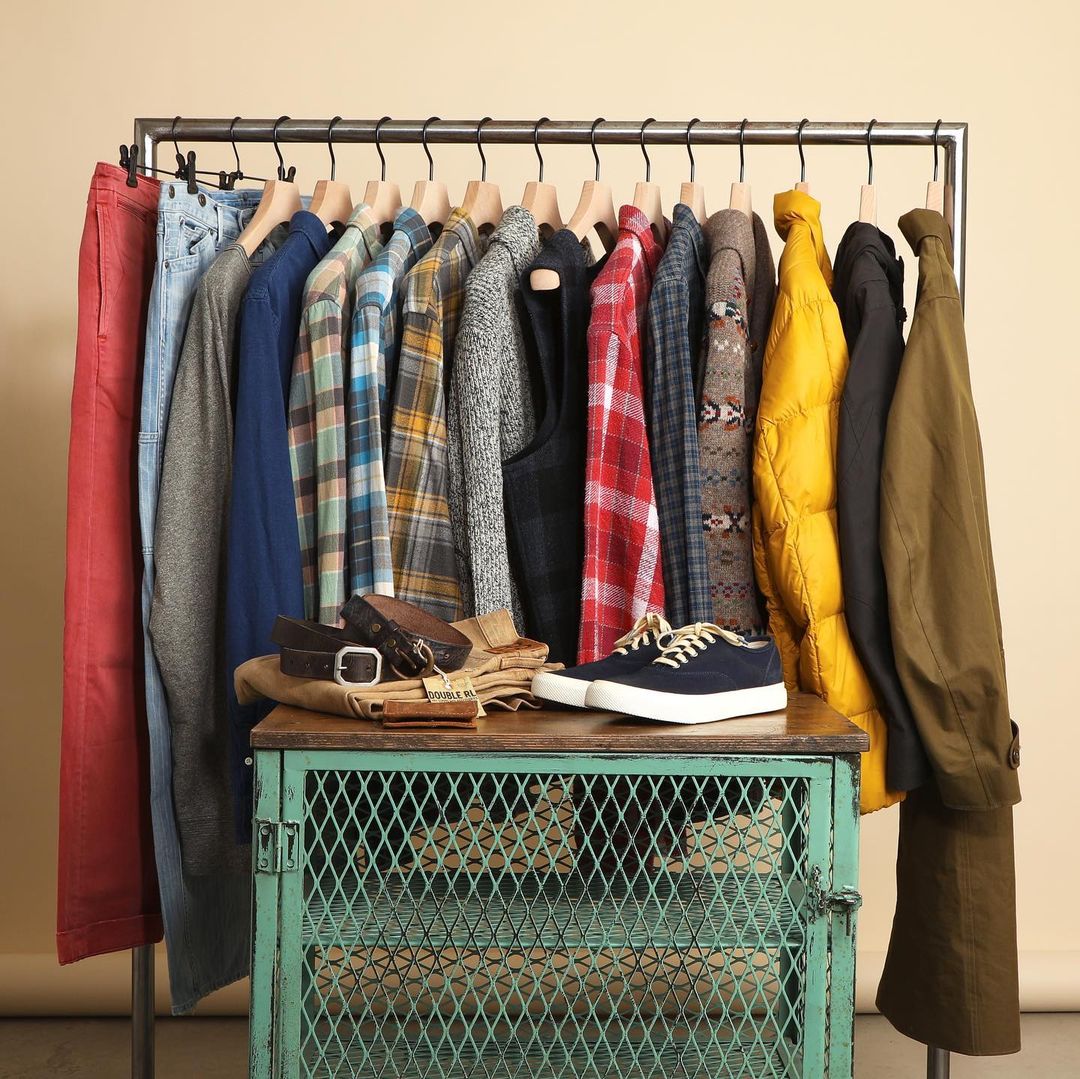 The British menswear shop doesn’t really hold sales. They’re an online discount site for deadstock, sample pieces, and second-hand goods. Sometimes they do price drops on things that have been hanging around their site for too long, but the prices are mostly consistent because they’re already heavily marked down from retail.

Every season, I check in with them because they carry some of my favorite brands, such as RRL, Nigel Cabourn, Drake’s, Engineered Garments, and Edward Green. The styles here tend to lean heavily toward workwear, but they have dressier labels, too (). I recently scored a Drake’s Balmacaan coat here for just $450. I suspect it’s a sample piece.