Simu Liu is very proud of his Gollum impression, bless him 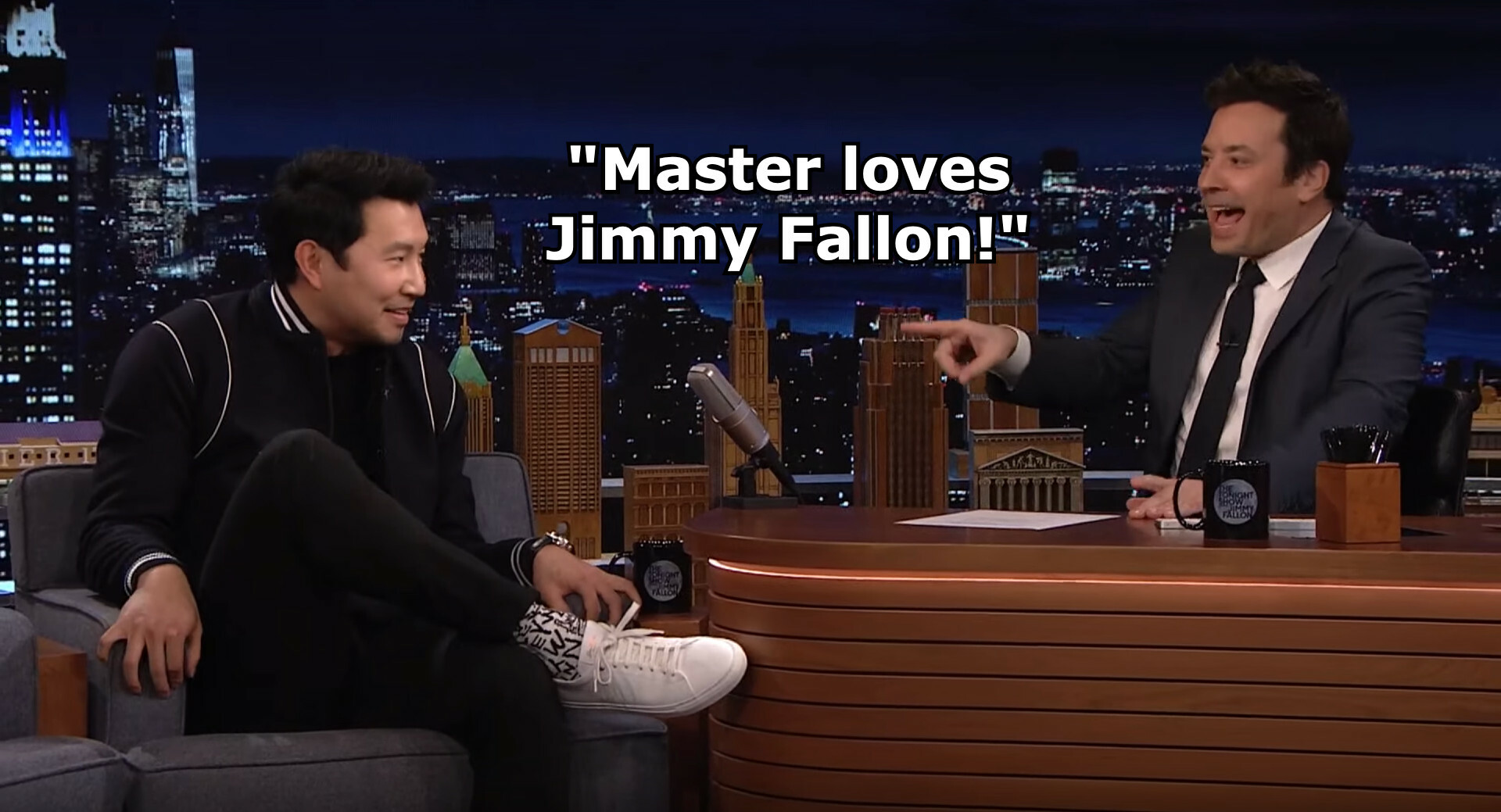 Shang-Chi actor Simu Liu joined Tonight Show host Jimmy Fallon on Thursday, and wasted no time in playfully roasting his fellow Marvel cast members. Asked by Fallon whether a Shang-Chi sequel was in the works, Liu stated that he didn’t know, and that Marvel hadn’t told him anything.

“I just feel like there were certain things that happened that ruined it for all of us, so…” Liu said on Marvel sharing information with actors. “I don’t gonna single anybody out but, you know, , .”

Liu also eagerly shared his movie character impressions, which sadly didn’t quite make it into . It’s understandable considering his Emperor Palpatine could use a little work, the actor blanking on menacing phrases and defaulting to “.” But Liu does to a fairly decent impression of Gollum from The Lord of the Rings — a skill he seemed satisfied to finally have acknowledged.

The Marvel actor generally seemed to have a blast visiting Fallon, also taking time to explain the photo of him jumping over a bush at the Met Gala, recall his embarrassing attempts to get hired by Abercrombie and Fitch as a teenager, and play .