Samsung’s lineup of extremely curvy, futuristic for gamers has so far consisted of the absolutely massive 49-inch Odyssey G9 and Neo G9, and the 28-inch Odyssey G7.

Just like the Odyssey Neo G9, it features Samsung’s Quantum Mini LED tech, which should provide deep, realistic blacks, as well as the company’s Quantum HDR 2000 tech, 2,000nit peak brightness, and a million-to-one contrast ratio. Also of note is the CoreSync lighting tech, which detects colors on the display and projects them on the back side of the monitor for deeper immersion. In short, the Odyssey Neo G8 is basically a smaller Neo G9, which makes it ideal for someone who wants the same tech but doesn’t have the room (or budget) for a 49-inch monitor. Notably, the Neo G8 also has a bigger vertical resolution than the Neo G9 (2,160 vs. 1,440 pixels), meaning you’d get a lot more screen real estate if you had the audacity to buy two of these babies and turn them into a dual monitor setup.

Speaking of budget, Samsung didn’t mention the price or exact date of availability for the Odyssey Neo G8; we’ll update this post when we find out more.

The first one is a 32-inch monitor with an 11.4mm thickness and a flat back design that doubles as a smart TV. It comes with a movable, magnetic SlimFit Cam webcam, built-in, 2.2-channel speakers, and a USB-C port that can be used to charge other gadgets. 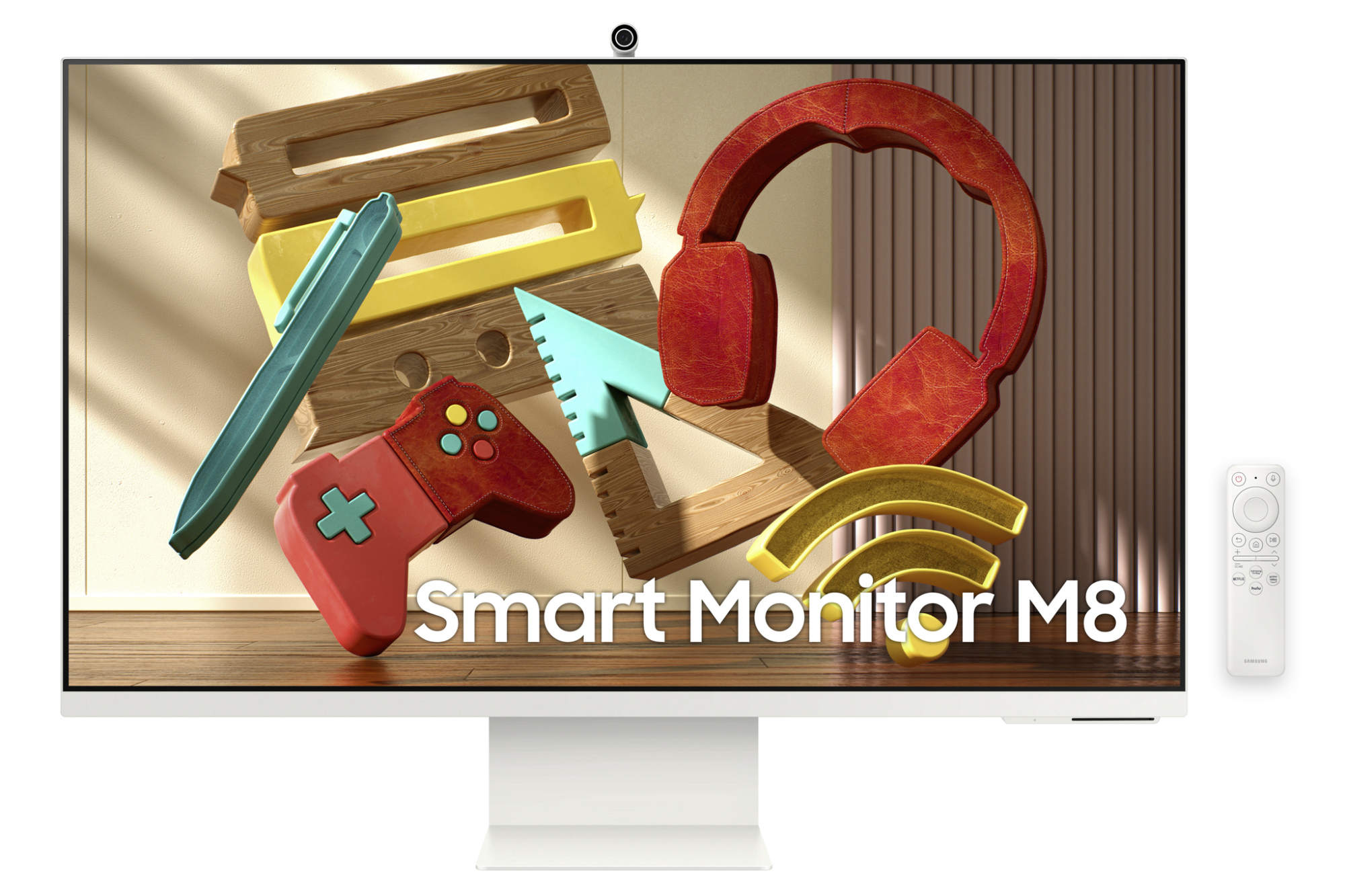 The Smart Monitor M8 comes with a webcam and a built-in video call app.
Credit: Samsung

The High Resolution Monitor S8 comes in 27-inch and 32-inch sizes and is primarily aimed at designers, who will appreciate its UHD resolution, matte screen, and VESA DisplayHDR 600 compatibility (that’s for the 32-inch model; the 27-inch model only supports VESA DisplayHDR 400). 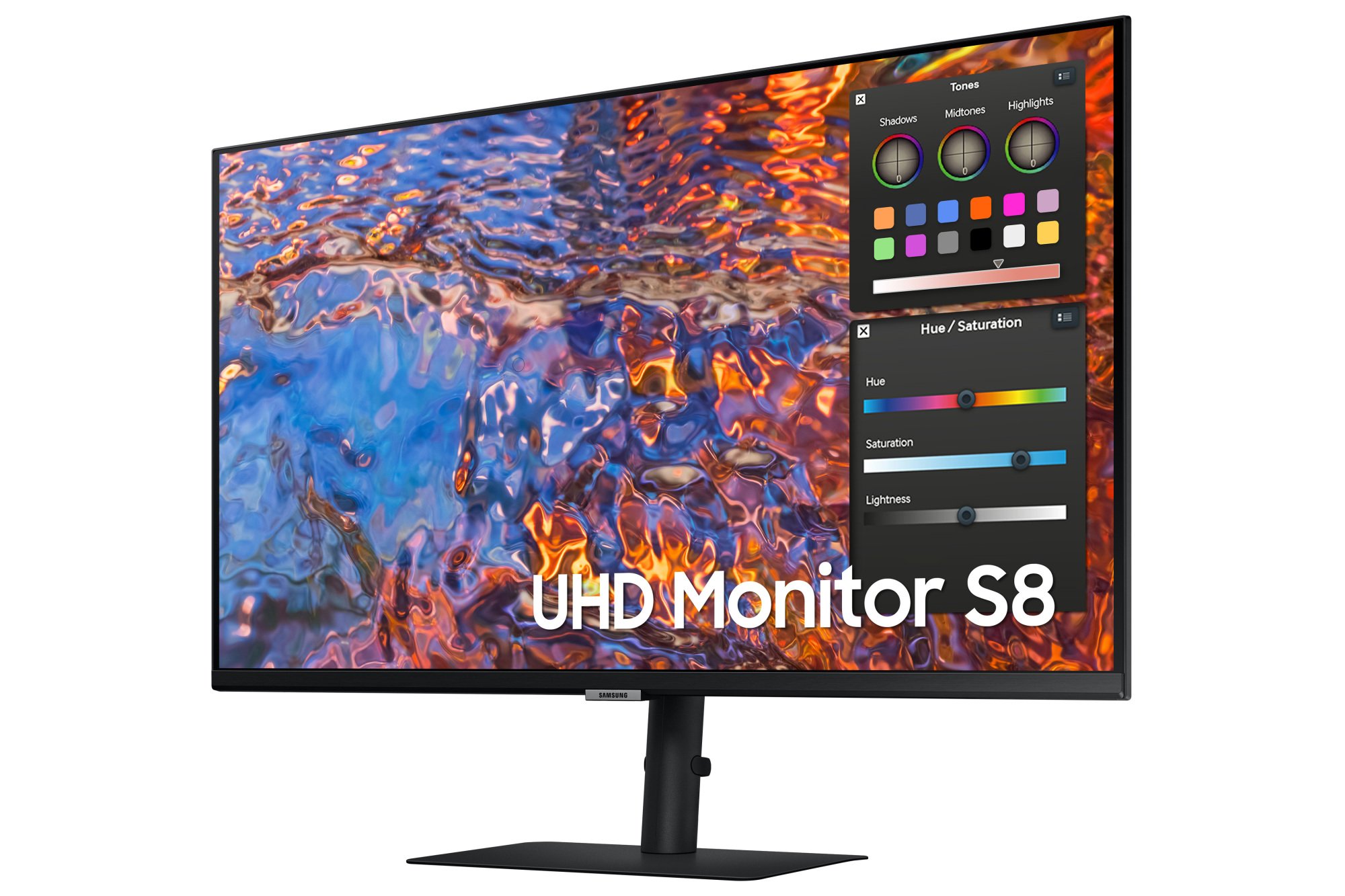 Both the 27-inch and 32-inch model have a USB-C port with 90W charging capabilities, and a built-in LAN port.
Credit: Samsung

There’s no word on price or availability for these models, either.