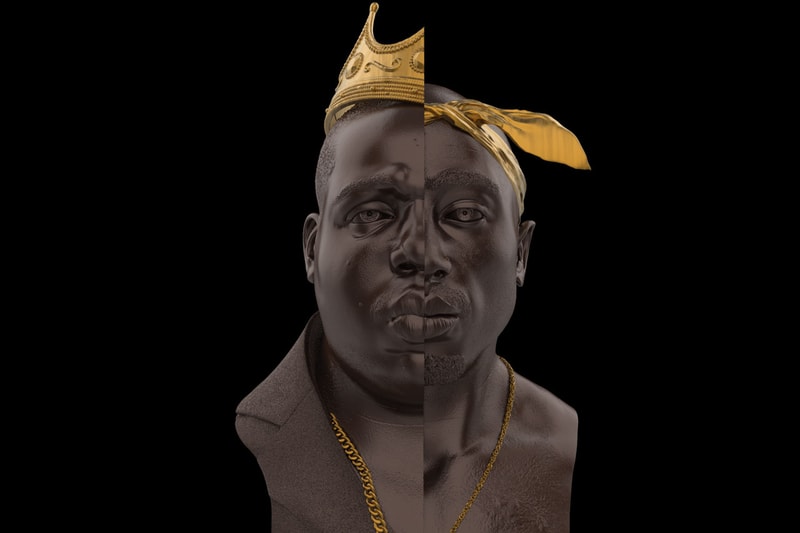 Karablin’s artwork was initially conceived in 2014 and features a hybrid bust of late rap superstars and . He explained that both rappers served as an inspiration to him through their attitudes and music, and their parallels as artists spawned the idea for the artwork.

The pieces will be available through NFT platform at 8 a.m. EDT on April 9.

Karablin is well-known in the streetwear world for his label , which released the iconic ‘COMME des FUCKDOWN’ logos. The artist debuted his Eternally Bonded exhibition in Singapore in 2016 and .