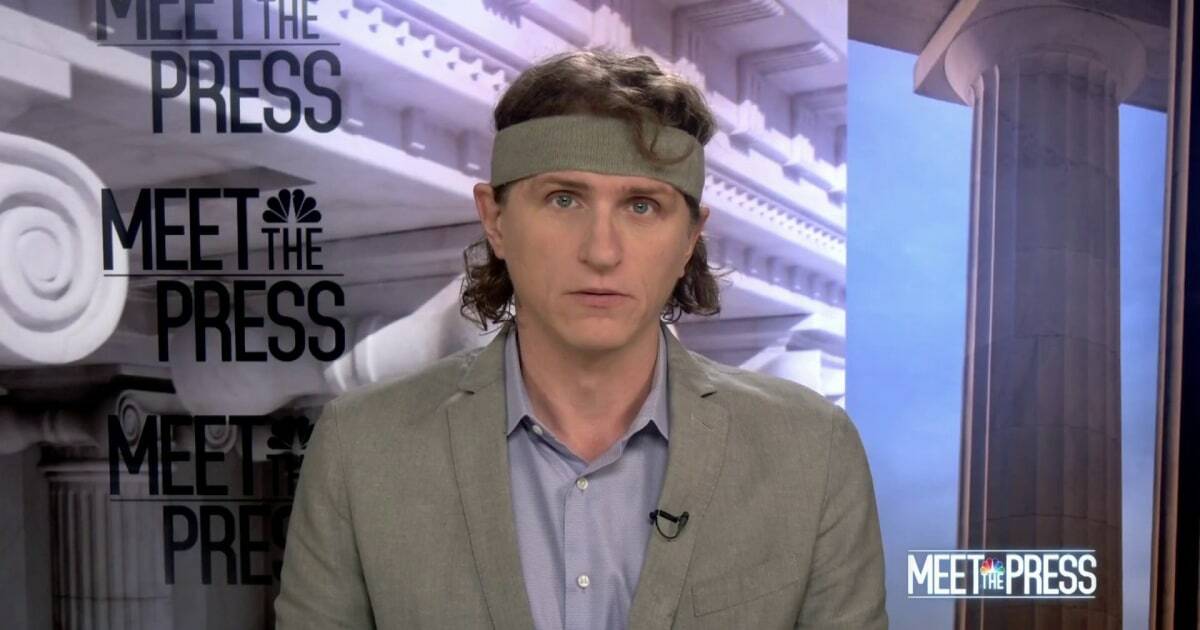 It’s takes bravery and gusto to live on the cutting edge of fashion.

I’m talking about this man, right here, a respected, well-sourced journalist absolutely rocking a headband and suit combo on the staid airwaves of Meet The Press.

HOLD ON. Do not mindlessly scroll. Do not click over to Instagram. Take a moment and appreciate this glory. Really sit with it. Appreciate Jeff Horwitz, tech reporter at the Wall Street Journal and sartorial trailblazer. Gaze.

Watch Horwitz speak intelligently about Facebook — which is once again in the — and how it has thrown its own researchers under the bus for company leadership issues. (It’s serious and you can read Horwitz’s very .) That’s important stuff, sure.

But look at the headband. So nonchalant, so bold. It just works.

Reached via DM, Horwitz didn’t wish to elaborate much on the headband choice.

“I’m probably more knowledgeable about Facebook than fashion, so should stick to commentary on that,” he wrote in a DM.

But on Twitter, Horwitz seemed to understand his choice was making waves.

“When I woke up at 4am Pacific, I was motivated by two desires: to contribute to productive discourse about a world-altering technology company and to wear a sport-coat accessorized sweatband on national television,” he . “I am 100% confident I accomplished the latter.”

Later he that the headband was a “pretty constant thing for me throughout a very long and weird Covid-time reporting project.”

Other folks seemed to be as interested in the headband choice as me. Some loved it, others (who are wrong) did not.

Horwitz has already inspired imitators. The New York Times‘ Ben Smith joked, before a CNN appearance, that he might sport the look.

Well, Smith did not disappoint. Props to him for being daring, but he did not pull off the matching look quite like Horwitz.

Anyway, the headband suit combo rules. And, as someone who sweats while dancing, I might need to break it out at a wedding soon.