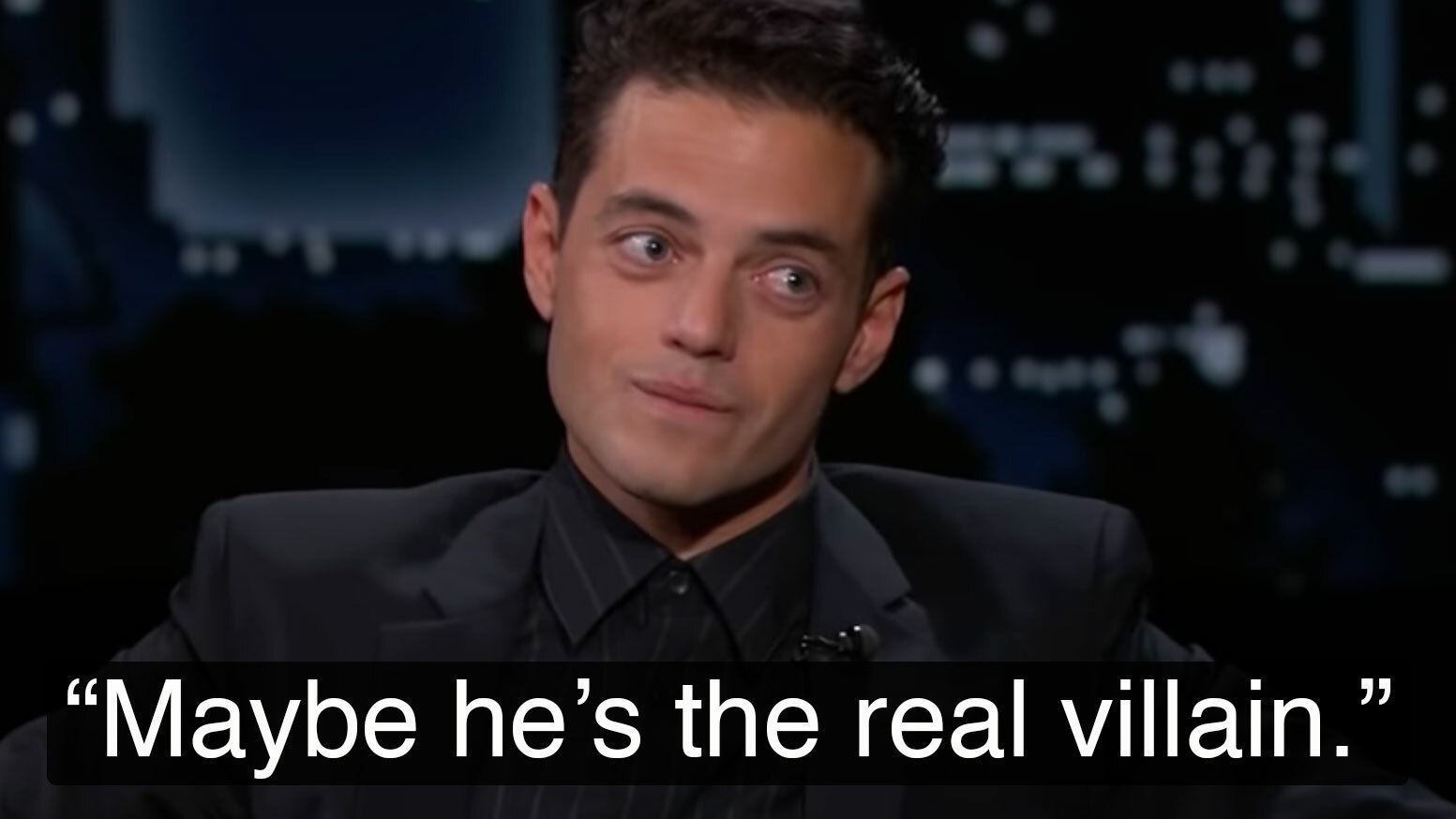 They might be mortal enemies on screen, but off-camera Daniel Craig and Rami Malek are apparently pretty good pals.

Appearing on Jimmy Kimmel Live! on Tuesday, the No Time to Die Bond villain spoke about their friendship, their time chatting to the royals at the recent London premiere, and the first time he ever met Craig on set.

Malek explains in the clip above that Craig came over to him and gave him a hug. “He put his arms around me and he goes: ‘It’s gonna be OK.’ Which I thought is a weird thing to say to a guy playing a supervillain and your arch nemesis.”

A comment aimed to reassure Malek, who might have been nervous on his first day on set? Or, as Kimmel suggests, a diabolical power play aimed to establish dominance?

“You know, I never thought of it like that,” responds Malek. “Maybe he’s the real villain.”

No Time to Die is showing in cinemas now in the UK, and launches on Oct. 8 everywhere else.