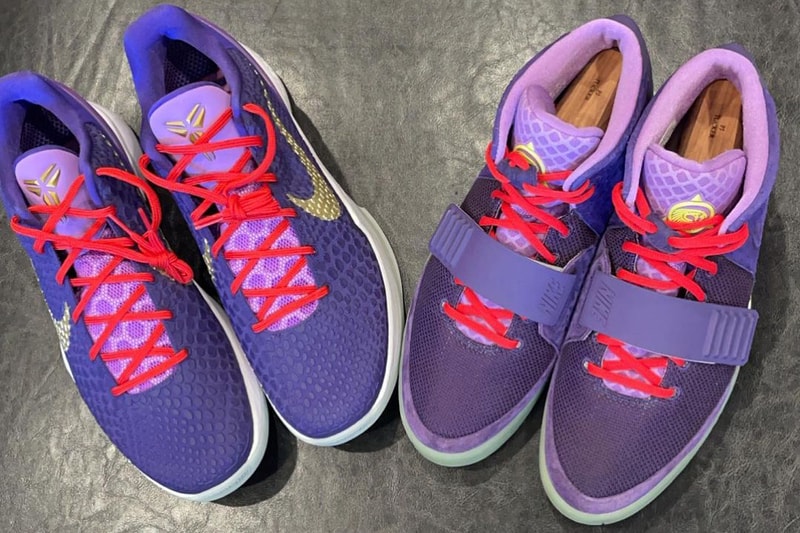 sneaker king of the has revealed his latest PE: a “Cheetah.” Inspired by an unreleased 2012 colorway of ‘s — that itself resembled ‘s Kobe 7 “Cheetah” — Tucker’s latest PE follows up his from 2020 and digs into his love for rare and expensive sneakers even further.

Images posted on Tucker’s show how his new PE matches up to its inspiration, placing a rich purple on the snake-like upper and a much lighter periwinkle on the throat and heel clips. Metallic gold accents arrive on the midfoot Swooshes and tongue’s -inspired sheath logo, while red laces bring the entire top half together. Down below, cream-colored midsoles and outsole use a soft, modernized foam, a forefoot Air Zoom Turbo bag and a streamlined traction pattern for updated performance.

Though most PEs are designed specifically for the player themselves and are not intended for a mass-market drop, Tucker’s last PE did indeed release at select retailers — so it’s possible that this one will as well, though nothing has been confirmed by . In the caption of the Instagram post debuting the shoes Tucker also mentioned that all of his PEs this year would be inspired by West’s Nike sneakers, directly indicating that more homage colorways are on the way.

When you’re done checking out the “Cheetah” above, take a look at .