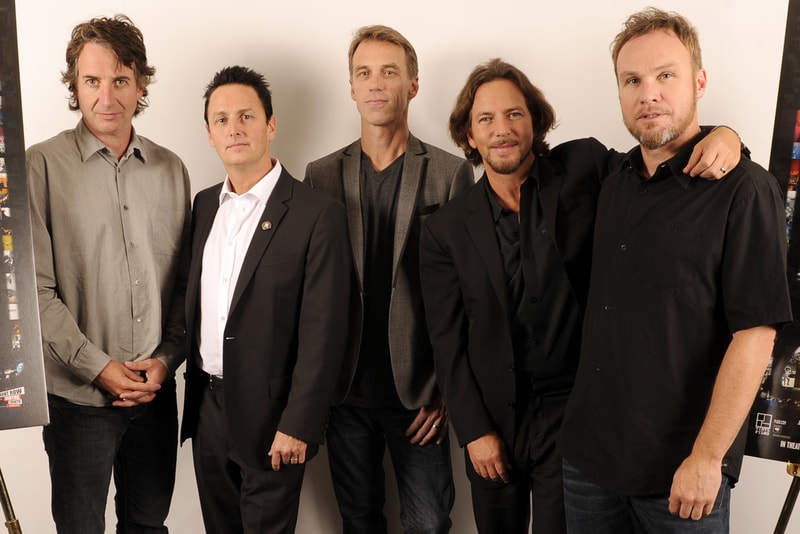 UPDATE (January 13, 2020): After teasing mysterious AR imagery on billboards around the world, Paul Nicklen’s photo of the melting polar ice caps, has revealed that what fans saw was the cover of their upcoming album. Dubbed Gigaton, the project will mark the band’s 11th studio LP in its expansive discography.

The band announced in a statement on its website that it will be releasing «Dance of the Clairvoyants» in the coming weeks as the lead single to Gigaton. It’s worth noting that the album will be the band’s first in seven years. Guitarist Mike McCready notes that «making th[e] record was a long journey.» He adds, «it was emotionally dark and confusing at times, but also an exciting and experimental road map to musical redemption. Collaborating with my bandmates on Gigaton ultimately gave me greater love, awareness and knowledge of the need for human connection in these times.» Furthermore, the band has also announced it will tour North America, kicking off with Toronto, Canada as the first stop — March 18.

Gigaton is set to release on March 27 and is already available for preorder at Pearl Jam’s .

ORIGINAL STORY (January 13, 2020):American rock quintet has been teasing the release of a new project, though it isn’t entirely clear whether it will arrive in the form of a song, a new album or something else altogether. Titled «Gigaton,» a term which is used in measuring the rate at which the polar ice caps melt, the band has started a puzzling worldwide scavenger hunt of imagery that comes to life in augmented reality with mysterious surrounding new music.

On the band’s website is an interactive map that shows coordinates of places across the globe. Fans who journeyed to those locations found giant AR artwork on billboards marked with the word «Gigaton;» an Italian fansite called has claimed that «Gigaton» will be the band’s 11th studio album. When viewed through Instagram’s Gigaton filter, a short audio snippet is played as animation depicting the melting polar ice caps is shown. Furthermore, sources have noted that the artwork used on the billboards comes from the arctic wildlife photographer Paul Nicklen. See below for imagery.