UPDATE: Nov. 17, 2021, 2:00 p.m. EST This story has been updated to include the best Black Friday deals on subscription services, streaming sticks, and more.

This holiday season, we may not face the same social distancing rules that we did in 2020, but the urge to hunker down is hard to resist stthroughout the winter months.

If you’re looking for something new to watch during the holiday lull, Black Friday is a great time to sign up for — and save on — a new streaming service. Many subscriptions (TV and music) see price drops in their monthly costs, and streaming devices like the Amazon Fire TV Stick or Roku often hit their lowest prices of the year. Google has even entered the chat with some pretty incredible extras (like six months of Netflix) .

Check out the streaming services to sign up for while they’re on sale, and pop back to this page for updates on Black Friday streaming deals as they go live.

Access to Showtime is required to watch , which a three-month subscription will definitely cover. You can also catch up on Shameless, , , and plenty of other shows not available on other streaming services. Movies on Showtime include Hereditary, Eternal Sunshine of the Spotless Mind, and Bo Burnham’s Eighth Grade.

What’s not to love about a two-for-one deal? Add 75 million songs and shows like Dexter: New Blood to your entertainment arsenal with this bundle deal from Amazon. For three months, get Amazon Music Unlimited and Showtime together for under a dollar per month, which are typically $7.99/month and $10.99/month with regular subscriptions. 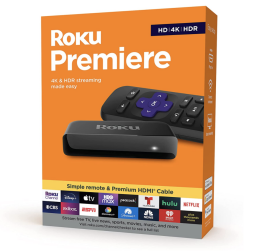 The most affordable Roku streaming stick operates similarly to Amazon’s cheapest Fire Stick, which is on sale for the same price. Roku’s platform is a little more straightforward (it avoids bombarding you with show suggestions) and there’s a Disney+ shortcut button right on the remote.

More Black Friday deals on streaming sticks and other devices