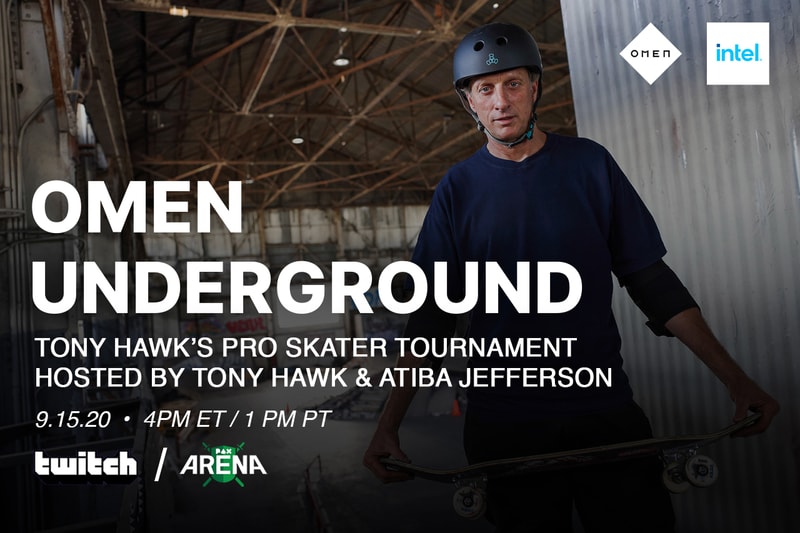 This afternoon, and Intel will host a live-streamed eight person 1 and 2 tournament. The competition will feature participants who were selected from the public and who are at the top of their THPS game. To set the vibe, rising California musician will kick off the virtual event with a live performance of her feel-good songs. Intensifying the competition, Hawk himself will host the finals alongside his friend, fellow skater and photographer . Even better, the pair will be on-hand throughout the course of the livestream answering questions in between gameplay.

As for the tournament format, contestants will play five maps, with one player being eliminated per map. After five participants are eliminated, the losers will play a single round to fight for an open spot in the finals. Joining the top three, these four will play a single map in the championship round, which will be hosted by Hawk and Atiba. The player who comes out on top will win a Tony Hawk-signed skate deck and a full OMEN by HP desktop setup of their own. They’ll also chose a charity to receive a donation of eight full computer setups.

The live-streamed virtual event will take place today from 4 PM EDT to 7 PM EDT. Head to the to catch all of the action.