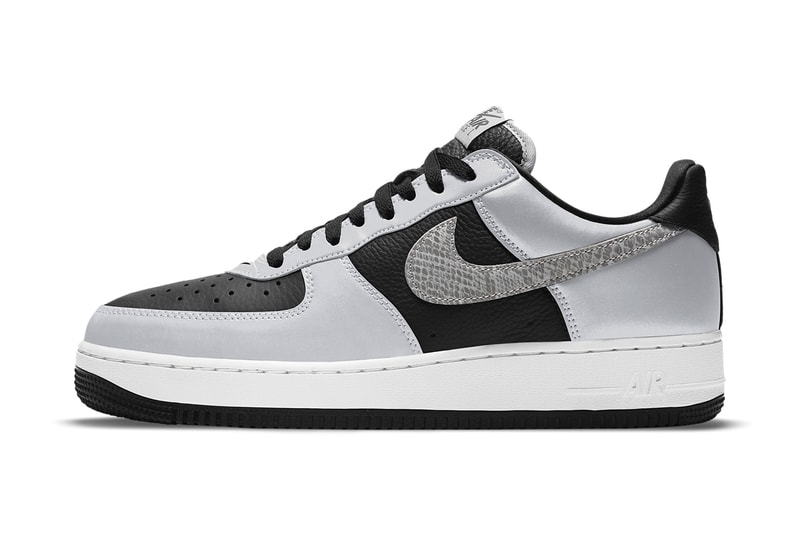 After in 2020 with models like the and more, is looking to the early ’00s once again — this time bringing back the B “3M Snake,” a style that debuted in 2001. Two decades after its inaugural release, this onetime quickstrike serves up high visibility style in both a literal and a figurative sense.

As the “3M Snake” moniker would imply, this is loaded with hi-vis reflective material and gray snakeskin accents. The former appears on the mudguard, eyestays and heel while the latter is placed on both the lateral and medial Swooshes. Both embellishments are brought together with a high-quality black tumbled leather that’s used on the toebox, quarter panels, throat and heel tab. Tongues supply a silver Nike Sportswear badge and silver trim, with no-frills white midsoles and black outsoles rounding off the look.

Though its release has yet to be officially confirmed by Nike, the Air Force 1 B “3M Snake” will likely arrive on come January 28, complete with a MSRP of $130 USD.

Elsewhere in the world of the Swoosh, has .