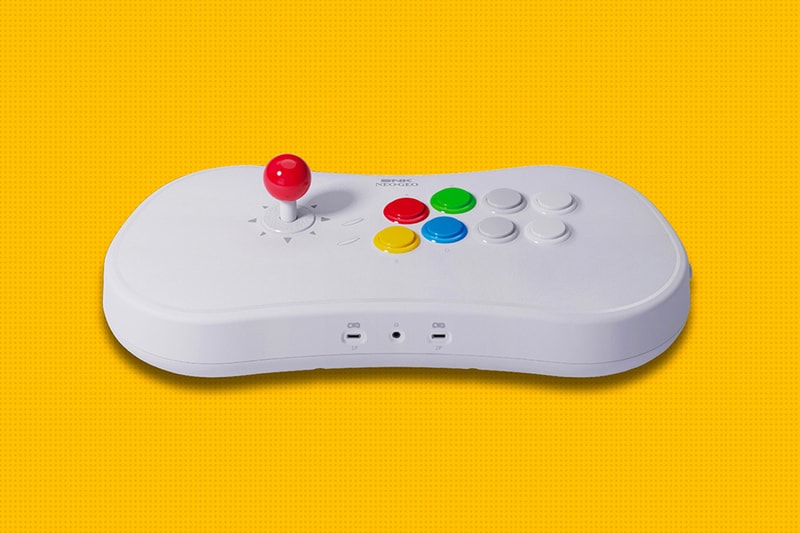 Japanese video game stalwart has just unveiled a brand new product that packs an entire game console into a controller: The NEOGEO Arcade Stick Pro. The original NEOGEO was a cartridge-based home arcade system that released back in 1990. Iconic titles like Metal Slug and Fatal Fury were among a long list of other games that now seem to hold cult-like status.

Honoring the ’90s-era legacy of NEOGEO, SNK is packing 20 of its retro fighting games in the new NEOGEO Arcade Stick Pro, and all you need to do to play them is to hook up the controller-console to a television. Decked with a crisp white shell, the controller sees a tiny red joystick and eight buttons colored in red, green, yellow, blue, grey and white alongside two thin «mode indicator» buttons. The controller also comes with «start/select» buttons, a turbo switch and ports for HDMI and USB. It even packs NEOGEO mini PAD port in case the user wants to link the console to a NEOGEO mini. Other features like the headphone output and a cable storage box round up the details of this unique game system.

Though no official release dates have been revealed, the NEOGEO Arcade Stick Pro is expected to launch internationally in the near future.