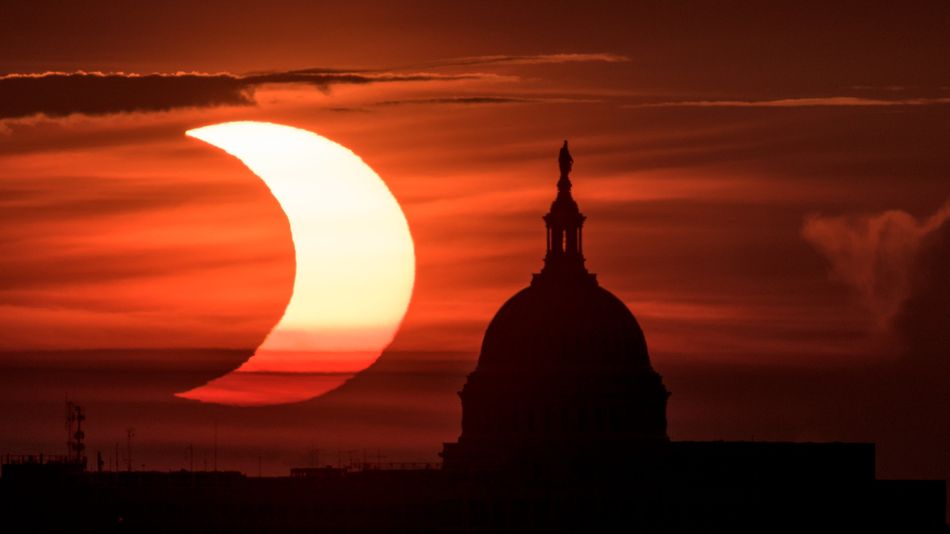 On Thursday morning, Ingalls captured stunning pictures of the partial solar eclipse on the U.S. East Coast from Arlington, Virginia. These include the eclipsed sun rising next to the iconic Capitol Building in Washington, D.C.

A partial solar eclipse occurs when the moon moves between Earth and the sun — but these planetary bodies aren’t lined up evenly. When this happens, only part of the moon blocks light from the sun, giving the sun a sort of crescent appearance.

(During a total eclipse, the moon completely blocks the sun, darkening the world for people with the superb opportunity to stand completely inside the moon’s shadow.)