NASA’s Perseverance rover is getting ready to collects its first rock samples on Mars, which should eventually make their way back to Earth.

Eyeing the floor of an ancient lakebed, Perseverance is traveling to a spot south of where it initially landed in February to begin the 11-day sampling process, Wednesday. The rocks targeted are described as pale, flat paver stones, which NASA hopes will give a good baseline idea of what the broader region is like geologically. 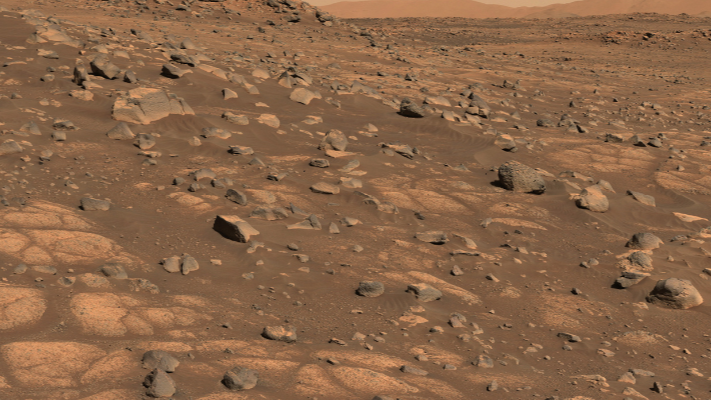 The kind of flat, pale Martian rocks that Perseverance will sample can be seen in this image.
Credit: NASA/JPL-Caltech/ASU/MSSS

Before the actual sampling begins, Perseverance will use scientific instruments in its 7-foot arm to examine the makeup of the rocks. At the moment, NASA is unsure whether the rocks are volcanic or sedimentary. Figuring that out before sampling will give context to the samples collected, Perseverance team members explained during a Wednesday. These rocks are thought to be some of the most ancient in the area.

Using an abrading tool that looks like a wide drill bit, Perseverance will dig through the surface of a rock, blow the dust away with compressed air, and then take a look at the composition of the rock. After gathering that data, the rover will collect a sample from the same rock at a different spot.

The sample caching system contains a lot of moving parts, so the whole process takes quite a bit longer than, say, astronaut Neil Armstrong digging up the first moon samples in just a few minutes, as NASA pointed out in its announcement.

Once the sample is collected, it’s sealed and stored in the rover until the mission team determines where and when it will deposit the sample on the Martian surface.

Another mission will have to be sent to Mars to collect those samples and launch them back to Earth. Right now, NASA wants that mission to hit Mars in 2026, with samples returning for analysis in 2030.

A map shared by NASA gives an idea of where Perseverance has traveled and where it’s going. The rover started at the Octavia E. Butler Landing Site and has been traveling south toward the Crater Floor Fractured Rough, where it will collect its first sample. Other areas of geological interest that could help uncover the history of Mars include the to the west, spotted by the Ingenuity helicopter during its ninth flight. The ridges are described as a “prime location to look for signs of ancient life.” 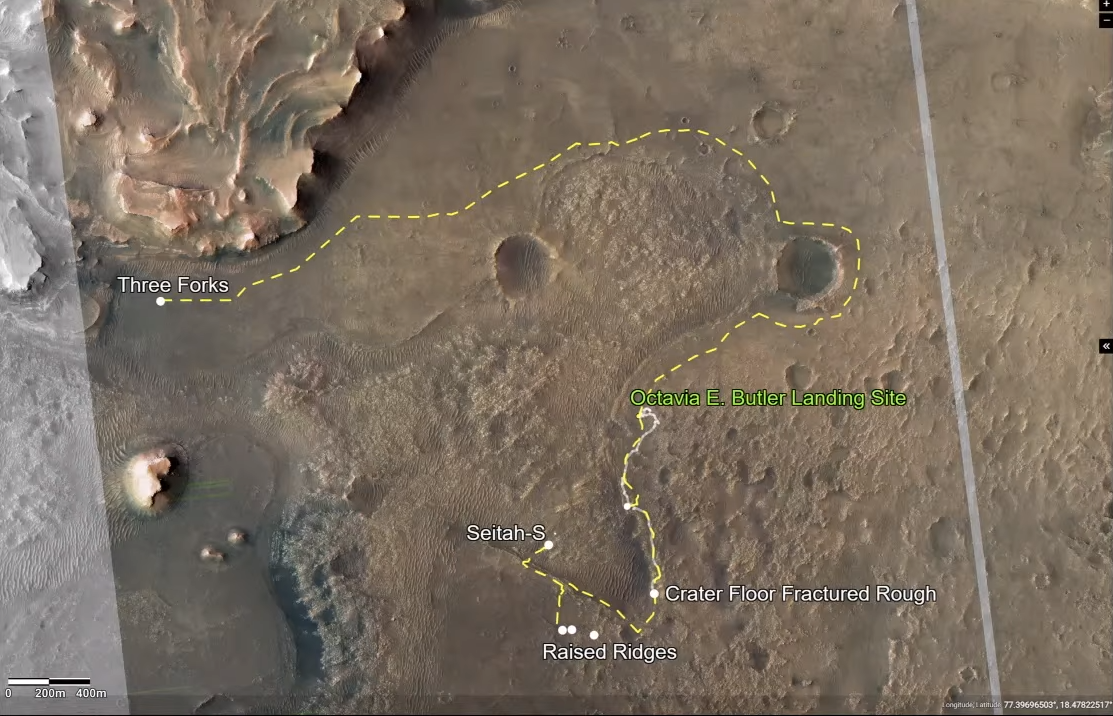 This map of Mars shows key points of interest for the Perseverance mission and potential travel routes.
Credit: nasa/jpl-caltech

The spot labeled Three Forks marks what was once a river delta at the edge of the Jezero Crater lake. It was going to be the first destination for Perseverance, but the team decided after landing to hit the closer southern points of interest first. After it’s done in the south, Perseverance will head up and over to the Three Forks.

On Mars, dust gets everywhere and can ruin everything

NASA hasn’t laid out a specific timeline, as operating machinery on another planet tends to come with unexpected detours, but things seem to be moving smoothly thus far. The first “witness” sampling tube, used to help scientists tell if Mars samples contain any contaminates from Earth, was successfully Wednesday.