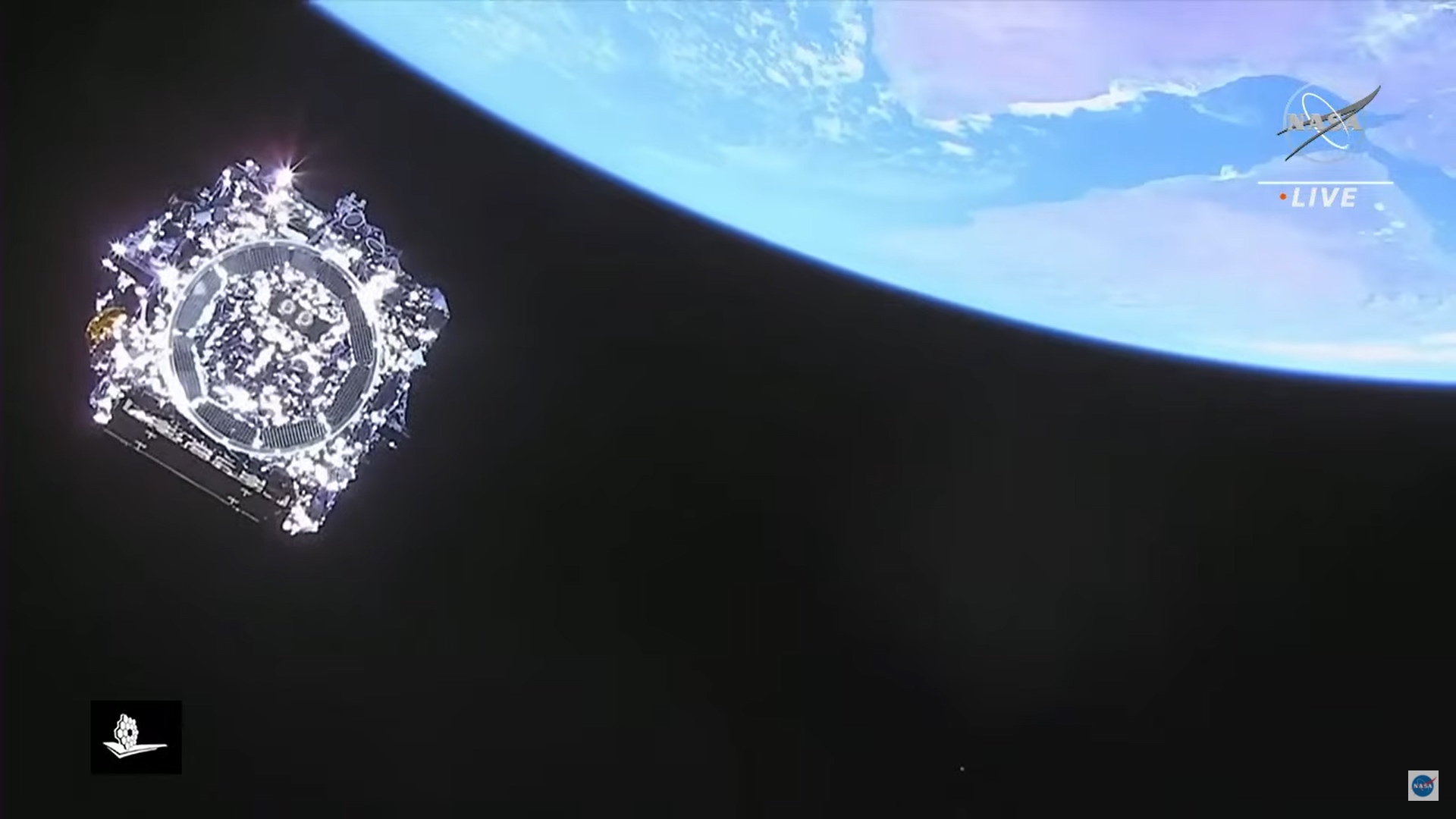 NASA achieved a groundbreaking feat Tuesday when it finished unfurling the enormous sunshield protecting the James Webb telescope from light and heat in space.

But if you’re looking for photographic evidence of this or any other Webb deployment, you’ll come up short.

That’s because there are no surveillance cameras mounted anywhere on the observatory, which has the world’s largest and most powerful telescope ever built. And you’ll be photo-starved from Webb for half of 2022: The first photos of space from the telescope aren’t expected until June.

“Nobody would love to see Webb doing its thing right now (more) than us,” said Keith Parrish, NASA’s commissioning manager for the observatory.

The lack of cameras wasn’t a mission oversight — it was too complicated, Parrish said during a NASA Live broadcast Tuesday. If cameras were incorrectly designed, they could have jeopardized the $10 billion telescope’s ability to get never-before-seen snapshots of stars and galaxies billions of light-years away.

Using infrared technology, the telescope can peer through gas and dust and with the expansion of space. But infrared is a type of invisible light that can be sensed as heat, so the telescope needs to be extra cold to pick up faint heat signals coming from far away. Cameras, and the artificial light they’d need to illuminate the observatory, would add heat behind the sunshield — the very place they want to limit it, Parrish said.

What’s more, any camera on the cold and dark side of Webb, blocked by the sunshield, would have to be specially designed “from the ground up” to survive that extreme environment.

“It would fall apart, if not,” Parrish said, “And we’d have debris floating around, possibly.”

To watch Webb, which is undergoing many different configurations , NASA would require several cameras in various locations. That need compounded the engineering burden, giving NASA one more reason not to pursue building them.

But the command center isn’t flying blind. In the absence of pictures or a live video feed, NASA pulls data from all of the observatory’s instruments, telling the scientists exactly what they’re doing at all times. The readings are synthesized with a visualization tool that puts a real-time animation on their screens. It’s the next best thing to having eyes on Webb, Parrish said.

In terms of the breathtaking space photos expected to eventually come from the telescope, those won’t begin for another six months, said Laura Betz, a NASA spokeswoman.

After Webb has completely opened this month, the observatory will gradually cool down to its operating temperature, less than -380 degrees Fahrenheit. NASA will also align the mirrors and calibrate the instruments to collect scientific information.

Artists’ renderings abound on the Internet of what the telescope looks like in space — some could even fool the layman into thinking they’re the real deal.

One spectacle is authentic: a picture of the observatory pulling away from its rocket, shortly after . The image (which is above) was captured by the cameras on the rocket’s upper stage, the part that transported it into space. Earth can be seen hovering above it.

“This was one of these things that I could hardly believe was real when it was happening,” said Michelle Handleman, a NASA public affairs specialist. “It was an absolutely gorgeous shot.”