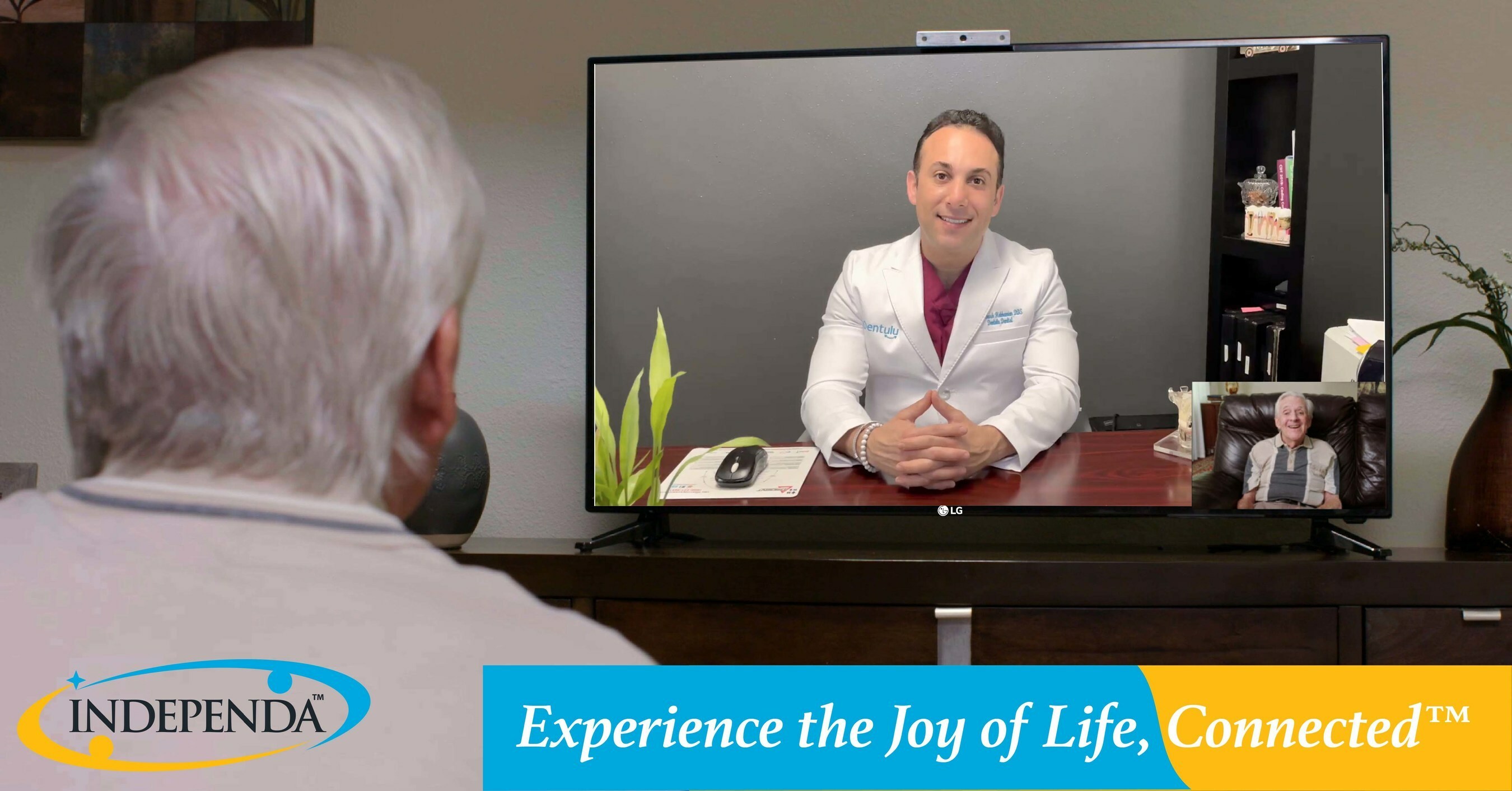 CES TV launches are known mostly for huge screens and . A new feature LG announced this year is a little less flashy, but potentially just as gimmicky.

LG shared Monday that owners of its 2021-2022 TVs will be able to download a telehealth app called Independa. Billed as a “health hub,” the app is geared toward seniors with an interface it claims is easy to use and understand. It even comes with streaming service inside the hub featuring shows it claims older adults “will know and love.”

Beyond letting your grandma watch re-runs of The Andy Griffith Show, Independa LG users can make and take video calls within the app, and will get notified of calls or messages even when they’re using the TV as just a TV.

It also has the ability to connect the users to telehealth providers all in one place. This sounds potentially useful: A big headache with telehealth is that every doctor seems to have a different app or system that is hard to keep track of even if you don’t qualify for the early bird special.

However, the telehealth offerings are extremely limited. Independa users can find access to “Dentulu (online dental consultation), Capital Rx (discount pharmacy platform), Coverdell (dental insurance benefits), WebMD (medical grade educational videos) and Sprio100 (fitness programs for seniors), among others.” The “others,” according to the partner section on the company’s website, include an urgent care network called MediOrbis, the streaming service mentioned above called SaltboxTV, and a wellness video channel called HealthClips.

The ‘big four’ of health: What I learned at America’s most advanced doctor’s office

Other than making or taking a call with a doctor as you would anyone else in the Independa app, it does not appear that there’s any platform someone could use to actually connect with their doctor. Unless your doctor’s office or elder care provider has a specific contract with Independa — which, judging by Independa’s advertising the ability to “create top line growth, bottom line efficiencies, and brand benefits”, Independa and LG are probably really hoping those providers will get. Dontcha just love the healthcare industry?

It’s refreshing to see a technology service specifically intended for seniors to use. Often, companies like Apple or Amazon advertise older people using their Apple Watches to monitor health or tablets to communicate with loved ones and doctors — but personally, neither of my grandmas can make heads or tails of these devices. there are many hurdles older people have to overcome to use most tech, including things as simple as remembering to charge a device. So a TV could potentially be a good solution (even if one of my grandmas is skeptical of her smart TV, and even Netflix).

Unfortunately, it looks like Independa and LG’s options are far too limited to be useful to most people right now. Telehealth might not sound like the sexiest gimmick, but for now, this feature is more marketing than substance.