Kanye Half-Heartedly Apologizes for Being a “Self-Righteous Christian”

Even in a year of headline-smashing escapades (Westcapades?), it’d be hard to imagine Yeezy taking it easy as 2021 wraps up. Even with Jesus’ birthday still ahead of us, Ye has just dropped “Thanksgiving Prayer,” a five-minute hymn of sorts.

Thanksgiving is a pretty special day for Kanye, remember — he released the video for his ode to Chick-Fil-A, on Thanksgiving Day 2019.

But, this time, he’s gone the extra mile with the lengthy “Thanksgiving Prayer.” Perhaps he’s making up for the holiday season he skipped last year after wasting time and money on his .

Clocking in at just over five minutes, “Thanksgiving Prayer” is a spoken word confessional delivered atop Sunday Service choir vocalizations that swell and recede, accompanied by footage of the singers and shadow-cloaked figures.

There’s still some of that in Ye, clearly.

“All I think about every day is how I get my family back together and how I heal the pain that I’ve caused. I take accountability for my actions. New word alert: Misactions.”

Yeezy then lists various personal shortcomings, touching on alcohol dependency, unwillingness to stay on his bipolar medication and even his “self-righteous Christian behavior,” which was heightened by “being rich, famous and very, very, very, very, very attractive.”

I have to admit that Kanye displays some pretty impressive (for him) self-awareness, like when he admits that he “embarrassed [his] wife” by .

Still, there’s shades of that old Yeezy imperiousness, like when he claims that “not aligning with Hollywood’s political stance” made his family “a target,” as if the only problem with was that it brought .

At face value, “Thanksgiving Prayer” is clearly intended to read like a mask-off moment of earnestness from Kanye, as if the rapper has dropped his defenses for the sake of a serious statement. But the whole thing crumples in the face of even mild scrutiny.

Sure, in light of the even-handed admissions displayed in “Thanksgiving Prayer,” there’s something to be said about Kanye’s , a charitable endeavor that’s indicative of — arguably, Kanye’s only consistent side.

However, there’s just as much to be said about his stubbornly fervent and other wretches, as if it’s a good thing to defend ultrarich offenders from the specter of so-called “cancel culture.”

“Thanksgiving Prayer” is really a transparent plea for to , for Kanye’s die-hards to doubly devote themselves, and his “haters” to reconsider their criticisms.

Not only is “Thanksgiving Prayer” lacking in acknowledgements of wrongdoing, but this primped and polished video is too poised.

These overdue apologies to his family and fans feel like an afterthought, as if this is the kind of soul-searching that a good Christian celebrity is obligated to do on a holiday.

No one faults Kanye for his struggles with mental health or drugs. It’s that he says and does , even hurtful things and rarely walks them back without qualifiers, if at all.

By the end of the video, Kanye promises to hold himself accountable in the future. He promises to do better for everyone. I’ll believe it when I see it.

“Thanksgiving Prayer” is nice sentiment, one that Kanye is perfectly welcome to indulge in, but an empty one nonetheless. 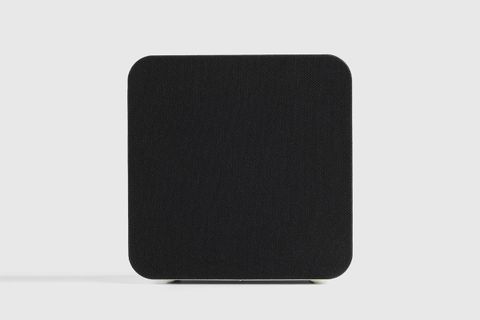