Julian Klincewicz, Slam Jam and Vault by Vans Team up for Imaginative Footwear and Apparel Collection 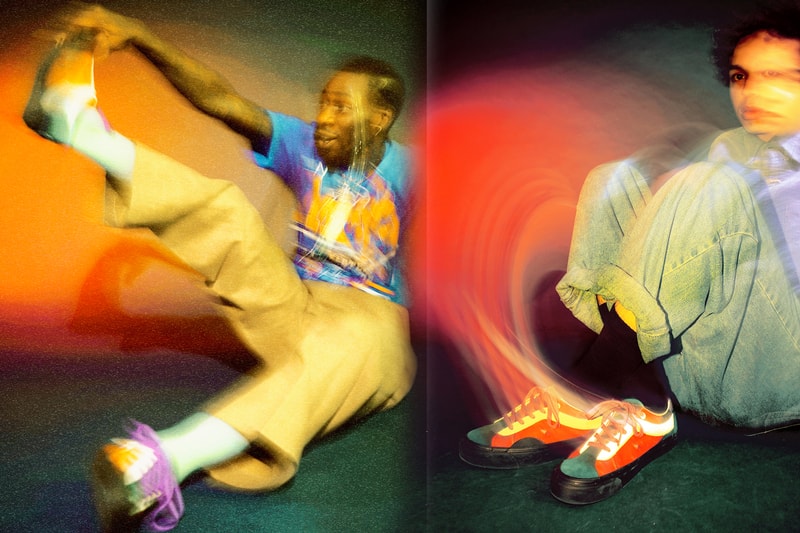 Artist , and have teamed up for an imaginative footwear and apparel collection. Inspired by Klincewicz’s memories of playing with toy cars as a child and the “constant motion, speed, imagination, endless creativity … exuberance even” the activity brought, the products aim to encapsulate childhood wonder through the lens of adulthood.

Footwear offerings include three classic styles: the , the and the . The Era is the most straightforward, a black style with white contrast stitching and orange laces plus a special tire badge on the heel. Slip-Ons are more vibrant, putting forth a yellow upper with a raised rubber toe cap and an image of a racecar transposed onto the collar. Finally, the Bold Ni provides the most boisterous style of the three by mixing red, purple, black and white on its top half for a look that’s rich in youthful exuberance.

Apparel consists of a washed black jacket and pant set, plus three tees. Each tee is centered around an image from Klincewicz’s archive — the tire and race car from the above-mentioned Era and Bold Ni, plus one shot of a child — and places it in blown-up fashion directly on the chest. “I was hoping to make things that felt simultaneously childlike and adult, something that transcends age,” says Klincewicz while discussing the collection.

Look for the Julian Klincewicz, Slam Jam and Vault By Vans offerings to release exclusively via the and retail outposts January 16. Prices have yet to be announced.

For more news on upcoming sneaker releases, check out the latest installment of .