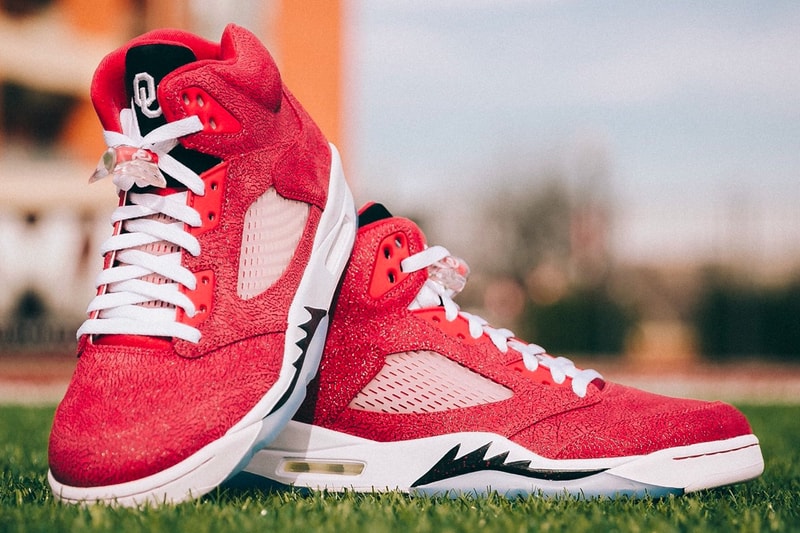 The appears to be ‘s collegiate football PE of choice in the early days of 2021, as after the images of an style have surfaced. Shared by Oklahoma Football head coach Lincoln Riley — the man responsible for grooming and , both #1 overall picks in the Draft and Heisman Trophy winners — the Sooners’ PE boasts vibrant team tones and plenty of special details.

Uppers are dressed in Sooner red and covered from heel to toe in elephant print. This classic build surrounds translucent mesh netting on the quarter panel and throat, while the black tongues boast embroidered white OU branding. Further details are provided by white laces and a white Air hit on the heel. Down below, white midsoles feature a clear Air cushioning unit in the heel and toothed black detailing on the forefoot. Outsoles offer icy blue translucent rubber and boast a large red OU logo stamped under the forefoot.

As these Air Jordan 5s were crafted for Oklahoma football players, coaches and other staff. they’ll never received a retail release.

If you’re more interested in that you will be able to buy, check out the