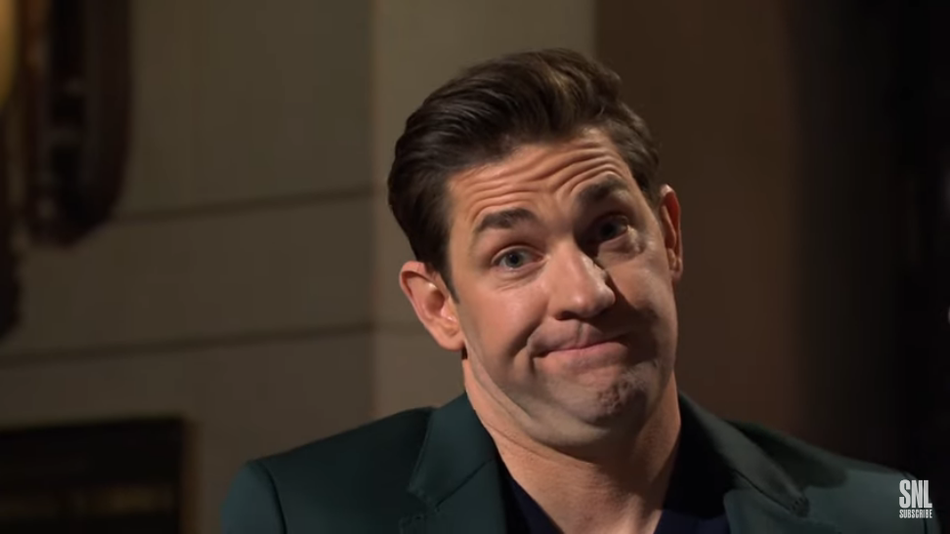 John Krasinski’s first-ever opening monologue on Saturday Night Live was haunted by the ghost of The Office.

As Krasinski set out to do his whole opening bit, a meta-bit took shape as SNL cast members stationed in the audience peppered him with questions (really, most of them are statements) about his time on the hit NBC series. And that, of course, led to an insistent demand for a Jim… er, that is John and Pam kiss. Even though Jenna Fischer, the actor who played Pam, was nowhere near the SNL set.

Enter Pete Davidson. When the young SNL player took to the stage to explain why people are still so obsessed with a show that ended eight years ago — “Everyone’s been stuck inside for a year watching The Office non-stop,” he explained — he immediately became the ideal choice to fill the role of Pam. And so he did. The rest is TV history.