Is Apple’s New MacBook Pro Worth the Money?

With , takes a few steps back to make a large leap forward. To put it another way, the tech giant bucks its more aesthetics-driven design language for a purely performance-based machine that delivers.

With about a month of playtime under my belt, I have plenty of insights into Apple’s new 16-inch MacBook Pro M1 Max.

Let’s get started with one of the most controversial features, the notch. Yes, the notch has continued to infect the Apple ecosystem and, honestly, it’s not that bad.

In the case of the 2021 MBP, we’re given the notch in exchange for a significantly reduced bezel. PC fanboys may claim that other comparably powerful machines have smaller bezels with a barely noticeable webcam and sensors. These are fair criticisms since, clearly, the technology exists.

However The MacBook Pro’s display is leagues better than most and, accompanied by an equally impressive webcam. When you’re watching movies and shows in full-screen, the notch completely disappears in the deep blacks. And even in day-to-day use it pretty much vanishes because it’s well out of the way, not even a minor annoyance.

Sure, in a couple of years the notch will be completely gone (and hyped into the stratosphere) but that’s Apple for you.

Overall, the XDR display is amazing, as expected. It’s difficult to merely describe displays — you just need to see it. The colors are accurate, the contrast is there, and watching hi-resolution videos is truly mind-bending.

I regrettably bought into the touch bar hype when it was initially released in 2016 and though I wouldn’t say it was useless, it definitely wasn’t useful.

Scrubbing through timelines was cool, swiping to change the brightness or sound was cool but, ultimately, the touchbar was kind of a waste. It’s nice that Apple (in this case) was willing to abandon something they hyped up endlessly in past.

As you’ll come to see, Apple really believed in the less is more philosophy when designing the 2021 MacBook Pro.

This has to be the best sound experience available in a laptop, period.

That sounds dramatic, but there’s been more than one occasion when I’m watching a video and the ambient noise in the background of the video fooled me into thinking that it was occurring somewhere around me in the real world.

It’s wild but true: the speakers on this laptop are phenomenal for what they are.

I did get a weird sound bug, briefly, where I heard an odd tapping sound but we’ll just levy that on the game I was playing at the time.

Overall, the sound is crisp, bassy when necessary, and delivers an all-around great sonic experience. Simply put, it bucks the stereotype of shitty laptop audio.

I was using a completely maxed-out 16-inch MacBook Pro so this performance section will be pretty brief.

This thing is a beast and arguably the strongest laptop on the market. I tried a few things that I would normally reserve for my PC and the MacBook Pro executed it easily.

Premiere ran beautifully, rendering more quickly than I ever imagined possible on a portable device; same with DaVinci Resolve.

I often play around in Blender and the Blender team recently implemented a new version that takes advantage of Apple Silicon — it runs great. Using the more demanding Cycles and rendering simple scenes in basically real time feels wild, something I’d never expect to see on a Mac.

The new MacBook Pro is nowhere close to top-tier PC performance, admittedly, but it’s more than enough if you needed to work on a 3D project or any other demanding project on the go.

Personally, I was initially worried about buying into Apple Silicon knowing that it’s their first go-round but they spent the money and did the R&D to make — and surpass — an amazing processor.

Again, Apple acknowledges that they sacrificed forward-thinking aesthetic and design at the cost of utility, which is a plus in my book.

For the 2021 MacBook Pro, Apple revived the MagSafe port, HDMI compatibility, and an SD card slot. It’d be nice to have the highest-end ports on Apple’s flagship laptop, like HDMI 2.1 and UHS-III, but it is what it is. Plus, the performance gap is moot.

The MagSafe adapter is also a welcomed retro addition to Apple’s portable computer game. This charger offers fast charging, which truly lives up to the name. When you plug this in from low battery, it blazes to a half charge within 30 minutes — no joke.

It’s tough to have any true gripes with the latest MacBook Pro. The laptop both looks good and surpasses all performance expectations you could possibly have.

But is it worth the price? Well, if you need a true workhorse of a laptop and you want to stay in the Apple ecosystem, I’d say this MacBook Pro is very much worth the price.

Frankly, even if you’re not in the Apple ecosystem, this machine is worth the switch if you need a powerful laptop.

Does the average consumer need this laptop, though? Absolutely not. You have to consider that the people who are willing to pay this much for a machine demand the performance as advertised and, in that realm, the 2021 MacBook Pro delivers. 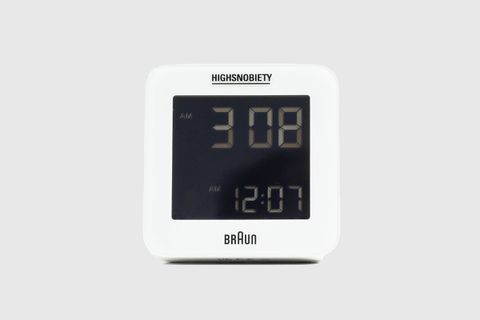