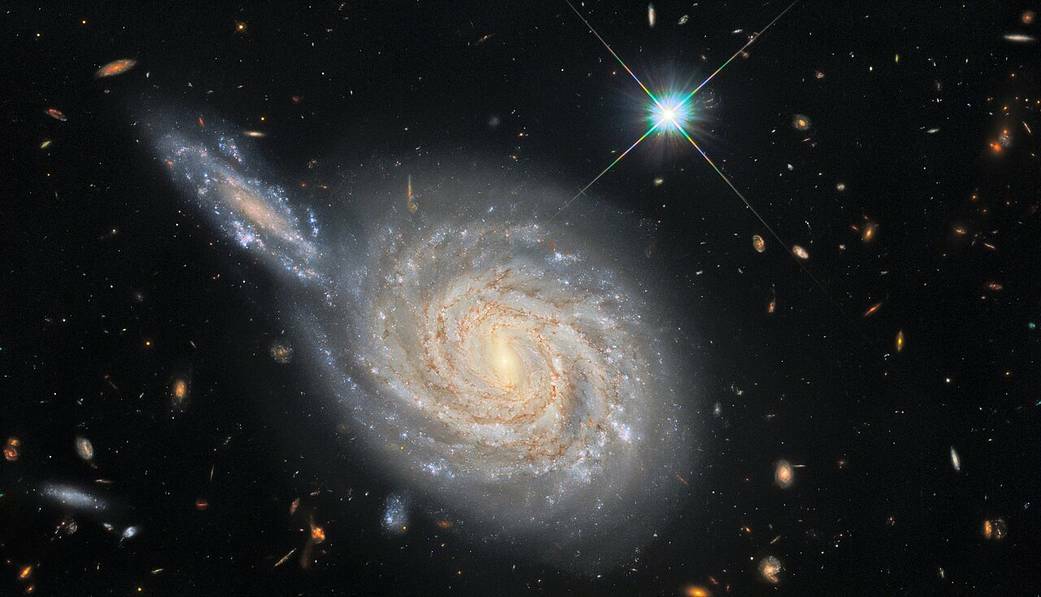 The legendary Hubble Space Telescope has, somehow, outdone itself.

NASA published its first Hubble image of 2022, and it’s replete with cosmic treats. The background of this deep view of the cosmos is littered with far-off galaxies, a star shines vividly atop the frame, and two great galaxies look like they’re bound to collide.

Yet, the collision is an illusion.

The spiral galaxy NGC 105, on left, looks like it’s “plunging edge-on into a neighboring galaxy,” . But it’s a trick of perspective, the space agency explained. From our cosmic spot in a spiral arm of the Milky Way galaxy, we’re viewing NGC 105 well in front of another galaxy. Both objects are profoundly distant. The galaxy NGC is some 215 million light-years away.

Astronomers have spotted intriguing events inside the galaxies captured in this, and other, deep views of the universe. They’ve observed galaxies that contain both supernova explosions — exploded massive stars — and cepheid variable stars, which are extremely luminous, pulsating stars.

The Hubble Space Telescope, operated by NASA and the European Space Agency (ESA), has snapped unprecedented images of the cosmos for over three decades. . It’s still capturing majestic images, even as NASA’s larger, next generation of space telescope — — now .