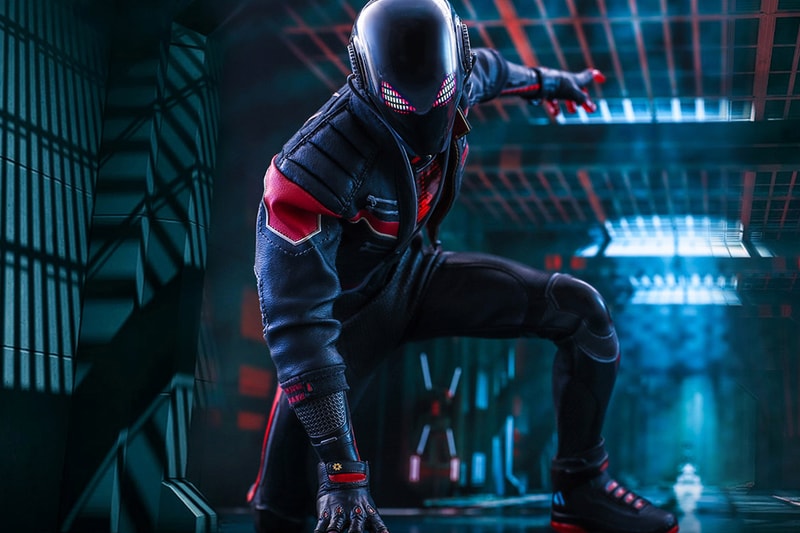 Last year, released a , and now the premium collectibles company is release yet another version of the youngster, this time tapping his 2020 suit from the hit game .

Recreating his highly futuristic superhero suit, Hot Toys developed a new helmet and chest piece that lights up with battery-powered LEDs, giving the character a realistic re-creation of his in-game outfit. To make the figure even more customizable, the company is offering three different interchangeable eyepieces for different expressions, matching whatever pose it’ll strike. As usual, the model boasts more than 30 points of articulation and five sets of hands to cover various gestures, including web-shooting and slinging. Completing the whole package is a special display stand featuring a tech-filled backdrop sprawling behind the character.

For those interested, Hot Toys’ Miles Morales 1/6th figure in his 2020 Spider-Man suit is now available for pre-order over on , going for $290 USD.

In other things Hot Toys, .