announced the latest developments in its Gucci Places project, the initiative designed to encourage people to explore the various places in the world that have inspired the House and with which they have a special bond. The first Gucci Place, unveiled in 2017, was Chatsworth House in Derbyshire, England, which hosted the Gucci-sponsored House Style exhibition. Chatsworth also hosted the ad campaign for the Cruise 2017 collection. Since then, Gucci has been adding new locations to the Gucci Places list, always based on their special value to the House and its creative director Alessandro Michele. 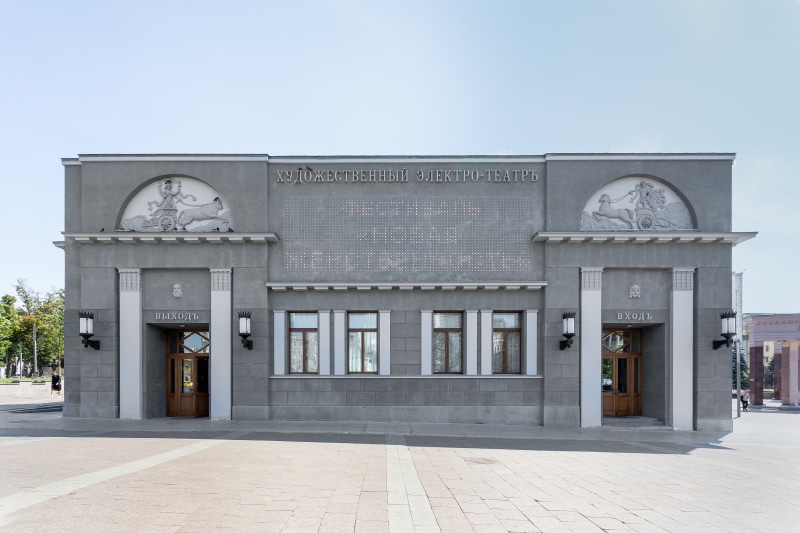 In homage to the house’s passion for cinema, the first of these new Gucci Places is Moscow’s Khudozhestvenny, one of the oldest working cinemas in the world. The hall opened its doors on November 10, 1909, and quickly became very popular with the most enlightened Muscovites. While the original 1913 design consisted of a single-story vaulted building with a light source, it was redesigned and expanded by the architect Fyodor Schekhtel, the great figure of Muscovite modernism. The Khudozhestvenny is also known for having hosted the premiere of Sergei Eisenstein’s Battleship Potemkin. In the spring of this year, after seven years of extensive renovation, the Khudozhestvenny reopened its doors 111 years after its first screening. At present, it is listed as an object of the cultural heritage of the Russian Federation and hosts film premieres and festivals, always based on a program focused on conservation. Gucci’s relationship with this cinema emerged in April 2021 with the screening of the Gucci Aria collection, followed by the recent opening of a pop-up store dedicated to the Gucci 100 collection and will continue to expand through a series of events and initiatives on the occasion of the 100th anniversary of the House, among which a personalized Gucci lounge stands out. 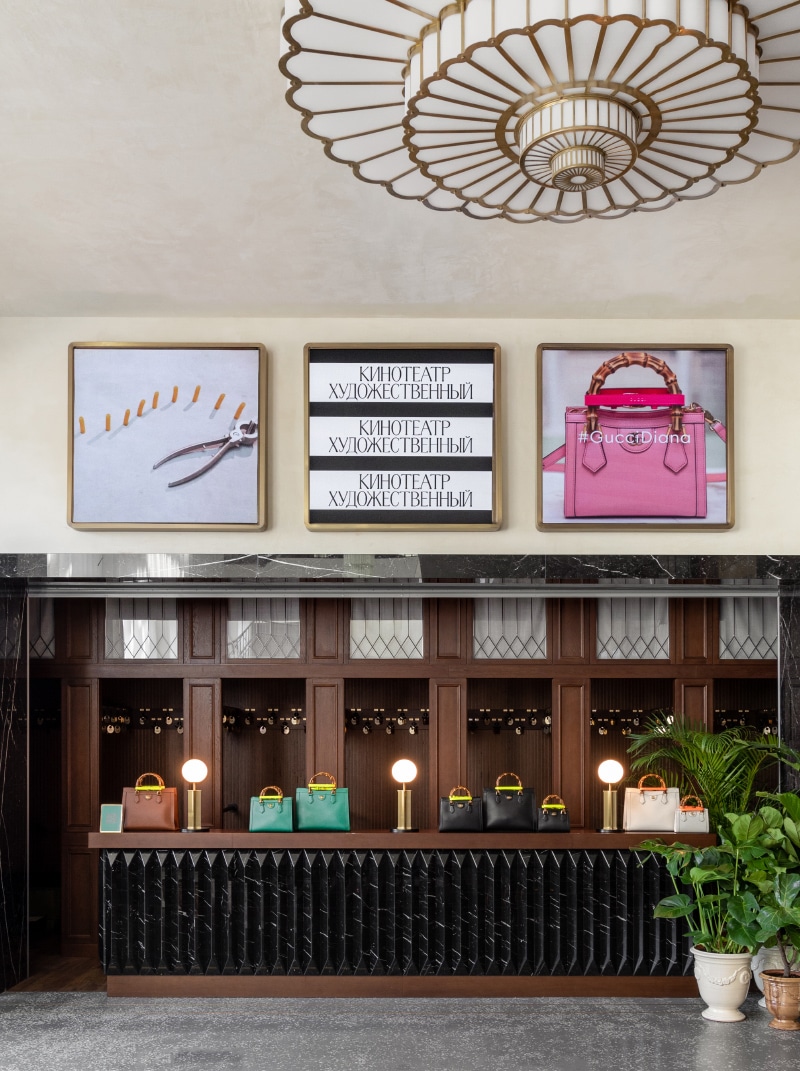 The second Gucci Place is the Savoy Hotel in London. This emblematic place has a very special bond with the House since its founder Guccio Gucci worked there as buttons at the beginning of the 20th century. That experience sparked his passion for luggage and luxury leather goods, which in turn inspired him to found his own business in Florence in 1921. Now, just a century later, Gucci celebrates its centenary with a series of initiatives at the Savoy, which serves as the spiritual home of the House in London. Likewise, the Royal Suite will house furniture, kitchenware and decorative items from the Gucci Décor collection. Its aesthetic, conceived in harmony with the design and heritage of the Savoy, is completed by a careful selection of art and antiques from Christie’s auction house. 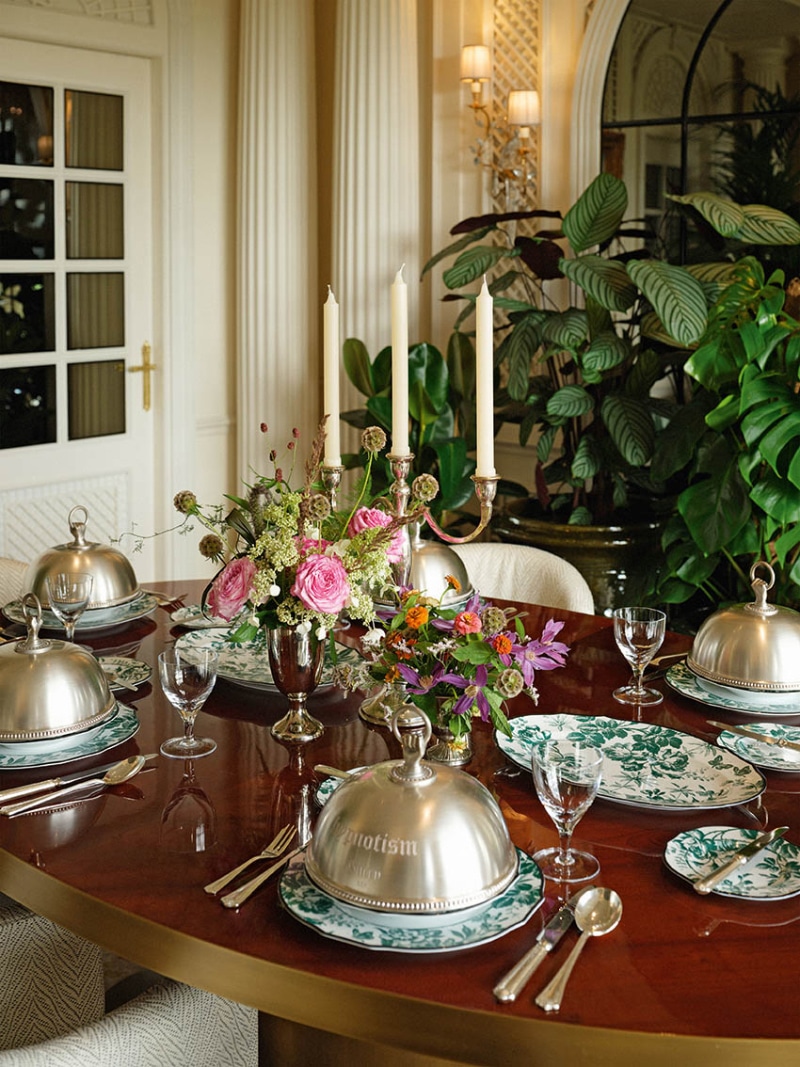 Finally, Gucci has updated its first Gucci Place through a new initiative carried out in the Chatsworth garden. Since 2019, Gucci and Chatsworth have been collaborating with garden and landscape designer Tom Stuart-Smith on the transformation of a six-acre area known as Arcadia and located in the heart of the garden. Arcadia is designed as a large-scale floral landscape. The clearings in the form of green meadows with views of the park stand out, which contrast with the intimacy of the walks on carpets of wildflowers under the shade of the leafy trees. This new garden is now open to the public. 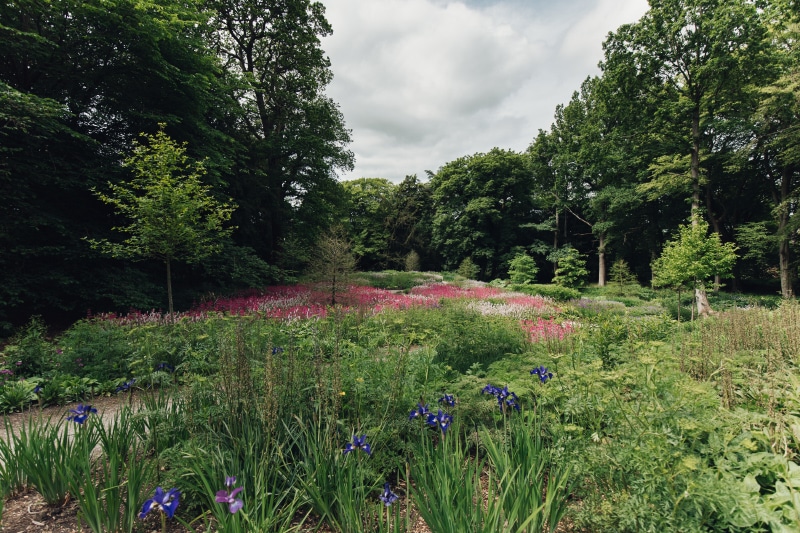 The idea behind Gucci Places is to encourage people to discover interesting and unexpected stories and details about these iconic places, which are characterized by their ability to surprise, spark interest and inspire a creative response. The Gucci App has functionalities that offer users the possibility of participating in the history of each location. In addition, through the geolocation services of their mobile devices, they will receive a push notification every time they are in the vicinity of a Gucci Place, inviting them to visit it. Once there, the App will allow them to register, obtain the emblem associated with said place and share it through their social networks.