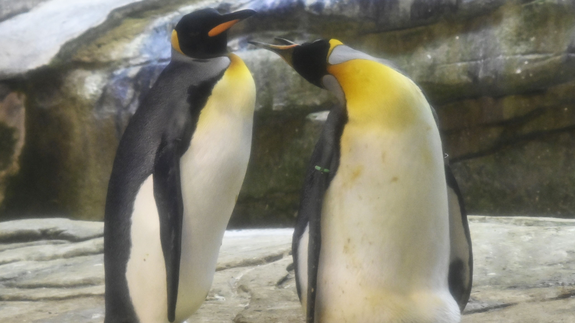 A gay penguin couple are trying to hatch an egg together.

Skipper and Ping, two male king penguins residing at Zoo Berlin in Germany, arrived as a pair from another zoo in Hamburg in April. Zookeepers were able to tell the couple wanted to start a family soon after their arrival, since Skipper and Ping would take turns trying to incubate rocks and pieces of fish between their legs.

“It is very common that two penguins of the same sex come together,” Zoo Berlin spokesperson Maximilian Jäger said. “I don’t think it is the majority of penguins, but it is not rare either. We are sure they would be good parents because they were so nice to their stone.”