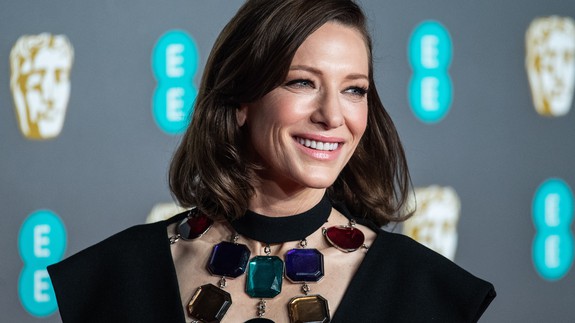 Oh, you thought the Infinity Stones were accounted for in the powerful, gauntleted hand of Thanos?

The Thor: Ragnarok star rocked up to the the 72nd British Academy Film Awards (BAFTAs) at London’s Royal Albert Hall on Sunday.

The centrepiece of the dress was a collection of gem-like pieces, which many fans noted resembled the Infinity Stones accumulated by Thanos in Avengers: Infinity War.