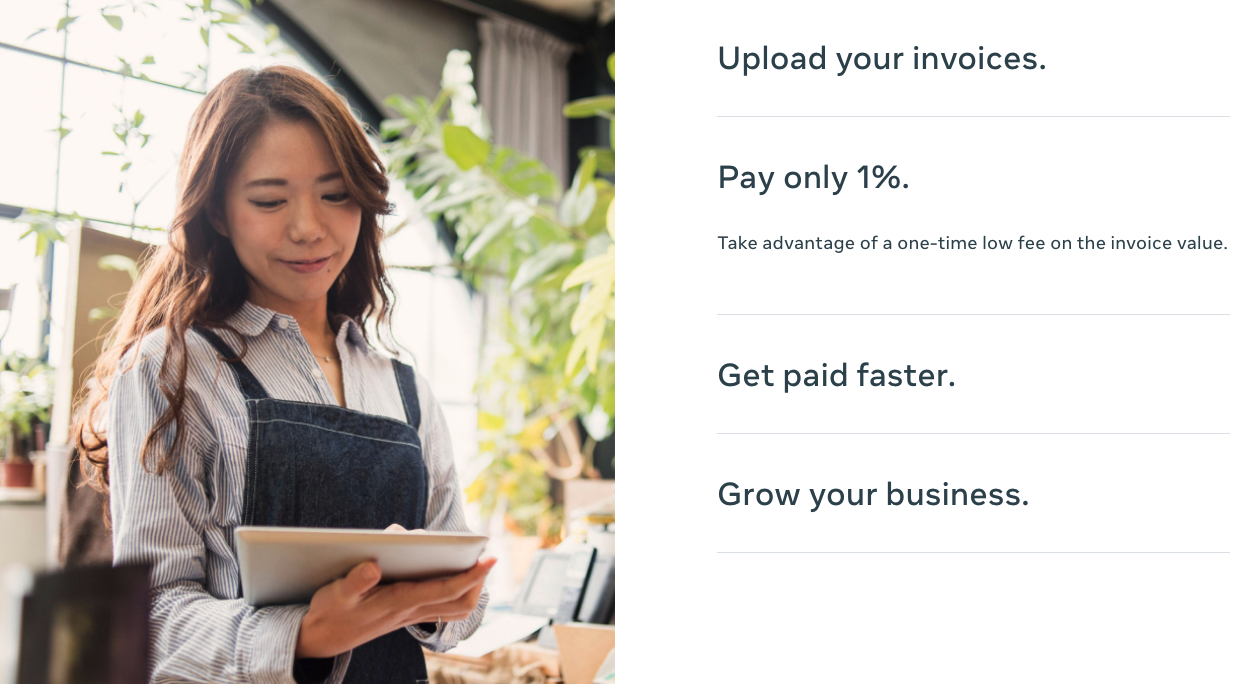 Or so the company claimed in recent days, which essentially turns the social media giant into a debt collector. For a small fee, of course.

Dubbed , the program works by buying up a company’s outstanding invoices and quickly forking over the owed cash. When payment comes due, the customer with the outstanding bill then must pay Facebook directly.

“The program provides affordable, immediate cash for pay that your customers owe you,” the announcement explained. Facebook said it will take a “one-time low fee” of one percent of the invoice value. Notably, Facebook intends for the program to focus on businesses that are “majority-owned, operated and controlled by racial or ethnic minorities, women, U.S. military veterans, LGBTQ+ people or individuals with disabilities.”

We asked Facebook if it intends collects any fees other than the stated one percent. We also asked who, exactly, will be doing the collecting — is it a Facebook team, or a third party? — and what happens when a bill inevitably goes unpaid.

We received no immediate response.

Perhaps coincidentally, , debt collectors will be allowed to direct message people on social media platforms in an effort to chase down cash.

“Take control of your cash flow,” implores the . “Break free from waiting for payment.”

Facebook framed its latest venture as a boon to small businesses. Unsurprisingly, Facebook will be careful about which types of business are eligible for this type of financial assistance.

“Generally, eligible companies must also have invoices with corporate or government customers that have an investment-grade rating,” noted Facebook, which clearly intends to get paid.

The program is set to launch Oct. 1, which is when Facebook will open up the registration process.