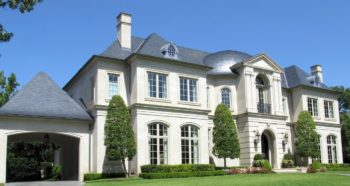 I have a confession to make.

Despite swearing off buying more property in an expensive coastal city like San Francisco, I recently submitted an offer for a single family home. Why would I do such a thing, especially given I had just  gone through the difficult process of  the other year?

Ego and maybe a little bit of real estate addiction.

We took our ego squashing quest even further by buying a Honda Fit as well. With simple clothes, a compact car, and a modest house, we successfully completed our mission to go completely . It felt wonderful being nobodies!

Then things started to change once our son was born.

Ego Starts Getting In The Way

My wife and I haven’t cared about status for a very long time. If we did, we’d still be plugged into society so that we could make more money and boost our identities with our job titles. But even with Financial Samurai, we don’t actively promote ourselves because we don’t care. We’ve always just done our own thing, regardless of whether people think we’re strange or not.

In 2014, we could have bought a house 2X more expensive than the one we live in now with cash, but instead chose to purchase a 40% cheaper house. But after four years, I’ve begun wondering whether we should start living in a bigger house with more amenities for the sake of our boy. 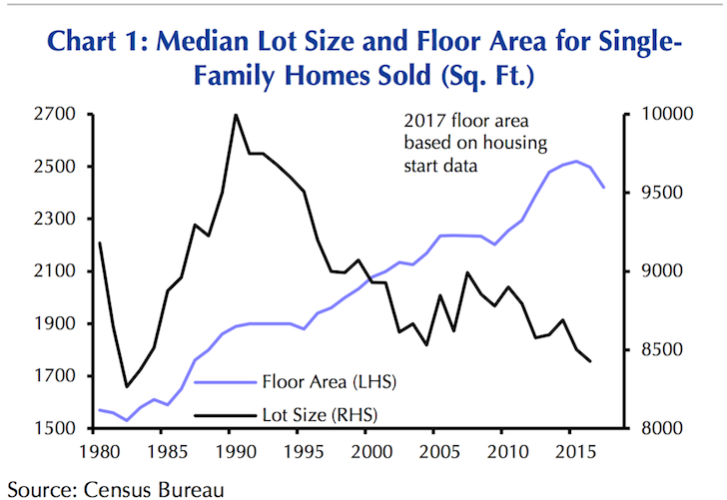 Given our house size is below the median, by definition, most homeowners will have larger house sizes than ours. One close friend just built a sweet 5,000 square foot house and he doesn’t have kids yet. Another friend remodeled his 7,800 square foot house for his wife and three kids. I live in a hut by comparison.

It’s strange to suddenly care about our house size since our kid doesn’t care about the size or cost of our house at all. All a child cares about is whether he’ll be safe and loved and supported by family and friends. We’re providing this as .

Maybe we’ve taken frugality too far. My ego is saying I’ve worked hard for my money and we deserve better. But my sensibility is saying we don’t really need anything more than what we have right now.

The Desire For Profit

The house I wanted to buy is almost 4,000 square feet with five bedrooms and four bathrooms. I saw the house as an insurance policy just in case we have another child and my parents or in-laws finally decide they want to live close to us. It’s a house that I’d be proud of, no matter who came over.

The other enticing thing about the house was that at $2.2M, it was priced about 40% lower on a price per square foot basis than all other houses in the neighborhood. The main reason was that it needed around $500,000 of work – we’re talking new electrical wiring, new bathrooms, new kitchen, new windows, and probably new floors because many areas were buckled. It’s also next to a haunted looking house that’s been neglected. But the owner has been gradually fixing it up.

A $250K – $450K gross profit before fees and taxes is not bad for one year’s worth of work. With these type of expected returns, the only thing stopping me is laziness.

If I don’t flip the house, my family and I could move into this home and happily live there for the next 10 years no problem.

So no. It wasn’t just ego that drove me to make an offer on this house. It was also the possibility of profit that made me want to take on this project. How could I give up so much expected profit when I don’t see any other investment besides that could potentially give me as high of a return?

Alas, despite putting an all-cash offer with a 14 day close and a lovely letter, the seller countered us at $2.3M, a $350,000 difference! There is no way we would ever pay that price, so we rejected the counter and the house still remains unsold weeks later.

Reflecting On Our Rejection: Family

I wasn’t too disappointed with our rejection because the counter price had been so far away from our offer price. Besides $500,000 in remodeling cost, my contractor friend said I might have to spend an extra $100,000 for foundation work if the city passed a law that requires single-family homes to be retrofitted for earthquakes.

It’s so weird how easily I could rationalize going through the pain of remodeling again. In this case, I told myself I wouldn’t be as stressed because this time I wouldn’t be living in the house while it was being remodeling. My wife reminded me of all the times I told her, “I swear I will never remodel or buy another fixer in my lifetime,” between 2014 and 2015.

As I reflect on this desired house purchase, I realize that immediate family played a big role in my decision. Because our house is small, housing two parents for longer than a week starts to feel a little strained. We all have our own schedules, sleeping habits, eating habits, and ways of doing things.

If I could own a bigger house with a whole separate floor for my parents to stay, I think this would be a good situation. They’d have their own kitchen, TV, living room, and bathroom. Not only could I spend more time with my parents, they could see their grandson grow up, and we can be there for them in case of an emergency. This is a scenario I’ve dreamed of for a long time.

I don’t think anybody has ever regretted spending a lot of time with their parents.

Reasons To Fight Your Ego

Despite ego, the desire for profit, and the hope of having a large enough home to house my parents, I’m relieved our offer was rejected. We have a perfectly fine house we love that will serve our family well for at least another five years, even if we have a second child. We just won’t have guests stay for longer than a week, otherwise, we’d all go crazy.

If you find your ego trying to get you to buy a bigger house than you really need, remind yourself of the following benefits of owning a smaller house:

3) Maximum utilization. If you live in a house with un-utilized rooms, after a while you’ll start feeling stupid having so much wasted space. This is partly the reason why empty nesters tend to downsize. Conversely, if you’re using each room every day, you will feel like you are getting the maximum amount of return for your money. 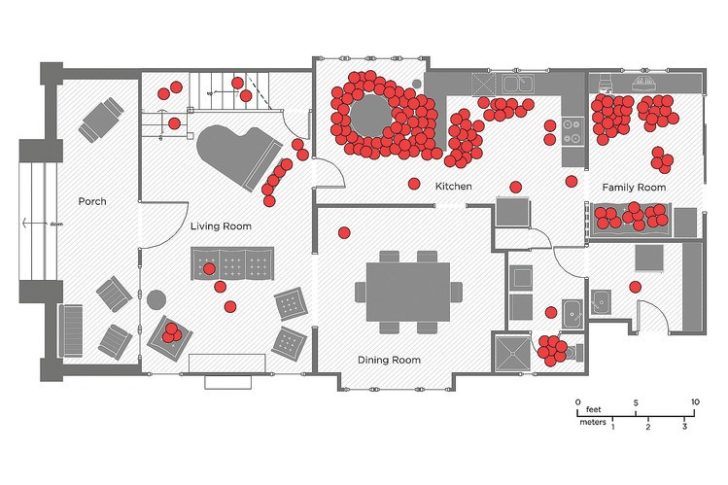 4) Less guilt traveling for extended periods of time. Given larger houses tend to have higher ownership costs, every time you go away on vacation or extended travel, you’re wasting more money than you would owning a smaller house. You won’t feel as married to your house, which makes you more free.

5) Fewer property taxes. Property tax is a wealth tax that lasts forever. It makes me ill when I think that if I were to buy this new house, I’d be paying an additional $25,000 a year in property taxes while there’s still massive homelessness, poor public transportation infrastructure, and a public school lottery system. I’d be so pissed if my son couldn’t get into the local elementary school after paying $100,000 in property taxes.

6) More passive income. With the price difference between the bigger house you want to buy and the smaller home you purchased, you can use that money to earn passive income. Since we won’t be spending $2M on this house which we don’t need, we get to earn at least $50,000 a year in risk-free income. See:

7) No remodeling nightmares. If you end up buying a fixer, you will want to remodel the house. Unfortunately, remodeling is an absolute nightmare, even if you have a great contractor because delays and surprise costs always come up. See:

8) Nobody really cares how you live. Unless you’re constantly entertaining guests or run a blog about interior design, nobody will know or care how nice your house is. The only thing that matters is whether or not your home fits your lifestyle. We’d much rather use the $8,000 a month we save on ownership costs for travel and education than spend it on living in a much larger house and one more full bathroom.

9) Less of a target. My friends who live in 6,000+ square foot houses are much more worried about stalkers and burglars than my friends who live in <2,000 square foot houses. After all, if you’re going to steal, you might as well steal from the rich instead of the middle class or poor. One such friend has a neighborhood security guard who the neighborhood association pays to sit in his car all evening. Another friend built a panic room with a 10 inch thick steel door. All of them have extremely expensive security systems.

10) Kids can go wild no problem. When you buy a cheaper house, you aren’t as stressed about kids scratching the floors, drawing on the walls, breaking handles, or spilling food and drink on the floor. My friend who just finished remodeling his 6,000 sqft house told me he had a lot of anxiety when another friend came over with their toddler and the kid started putting his hands all over his white walls! My friend even frowned at me when I sat on his new sofa after a game of tennis! You don’t want to live in a museum. You want to live in a home.

11) Smaller environmental footprint. It’s always funny to hear extremely wealthy people talk about the importance of the environment while they live in mega-mansions and consume massive amounts of water and electricity. Related:

12) Help alleviate a housing shortage. If everybody drove a bus to and from work with nobody else inside, there would be a traffic crisis beyond imagination. By living in a home that is being fully utilized, we maximize existing inventory and make housing more affordable by reducing demand.

Instead of buying a house two sizes too big, buy a house that’s just the right size with a spare bedroom for visitors or a new addition. When your ego clamors to come out, take solace in knowing you can afford to buy a much larger house and you don’t have to deal with any of the headaches that go along with living in a mansion.

Readers, how much does ego play a part in your purchase of a car or a house? Have you ever had the urge to buy a bigger house based on ego rather than utility? When do you think it’s OK to buy a large house?