rounds off its Air Max 1 “K.O.D.” legacy with the last pair ever – finalizing a history-making trifecta that will now include a wider release of the elusive and mysterious CLOT x Nike Air Max 1 “K.O.D.” SOLAR RED. The “K.O.D.” trilogy now includes the OG, CHA and SOLAR RED colorways – immortalizing CLOT’s heritage status and history within sneaker culture. 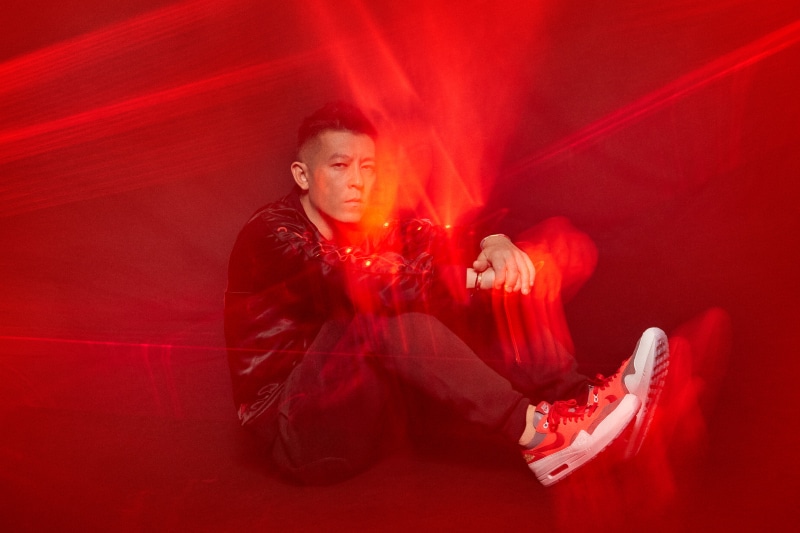 The CLOT x Nike Air Max 1 “K.O.D.” – SOLAR RED taps into the historic past of CLOT that has led to its internationally recognized success in bridging the East and West. The shoe takes inspiration from the extremely exclusive Air Max 1 “Kiss Of Death” in Pink that was designed for and worn by Kanye West during his “Touch The Sky” tour stop in Hong Kong in 2006, a show that was hosted by CLOT co-founders Edison Chen and Kevin Poon.

15 years after the elusive shoe came to be, CLOT is finally releasing the sneaker to the public. This time around, there are minor updates to its facade highlighted by the red reflective heel tab featuring golden embroidery. Paying homage to CLOT’s Chinese heritage with a hit of red and gold, the shoes also come just in time for the 2021 Olympics.