CGI Artist Imagines What a Tesla Football Boot Could Look Like 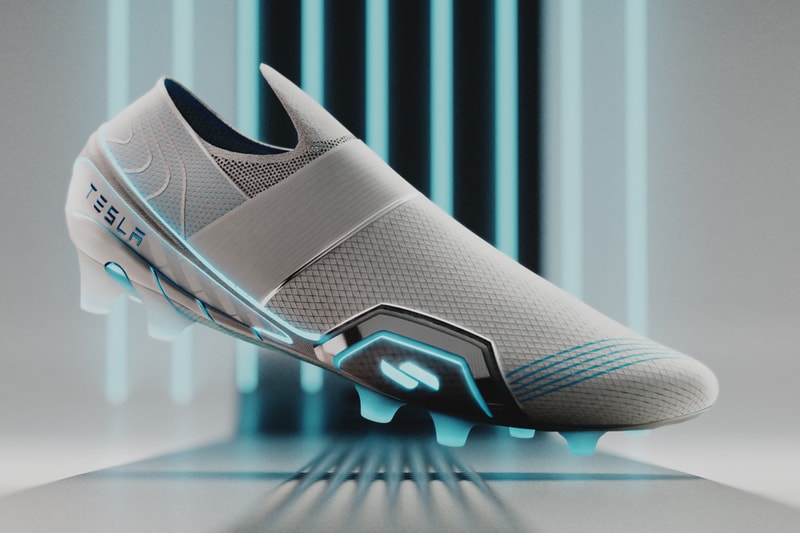 His latest project dives into a futuristic world where tech and sports become synonymous in the name of . Almossawi posed a “what if” question which he derived from imagining what a Tesla-designed would look like. Motivated by his love for the game, and the boundary-pushing automotive powerhouse, Almossawi set out to create a never-before thought of concept.

Through these designs, Almossawi tells the story of what he believes sports in the future will look like. This particular project combines both universes through an artistic conceptualization of lines, lights, neutral tones, and -like silhouettes. In his own words, Almossawi’s goal with the project was to “envision the future of football and have a fun take on how certain themes and keywords can drive the design narrative and language of each boot”.

Almossawi’s creative visions have landed him in both mainstream and niche projects. One of his most memorable projects includes the conceptualization of the Harden Volume 2 as a video commercial. Through his own multi-disciplinary studio, Mossawi Studios, Almossawi has developed iconic and bold experiences across multiple industries such as in footwear, automotive, and tech, as well as for world-famous brands including , , and .

Check out his below for some of his most recent projects.