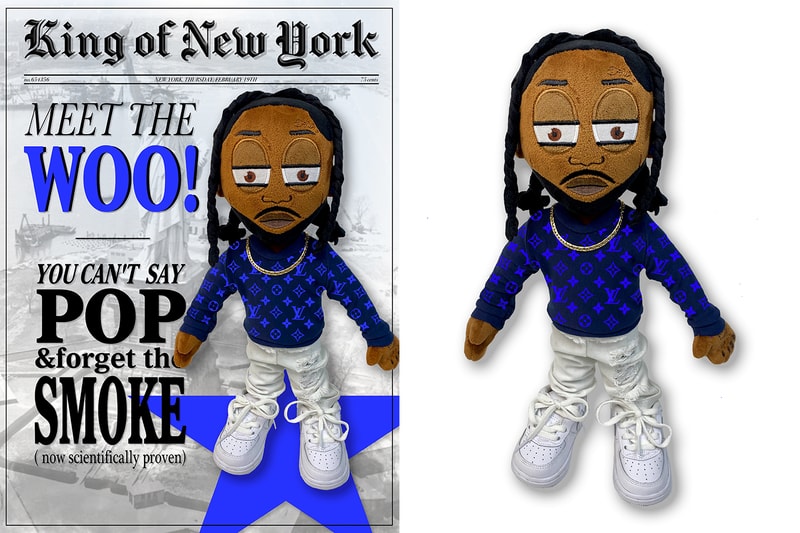 As fans honor in Canarsie on the anniversary of his death, has put together a huggable and loveable plush toy representation of the late rapper.

Rising to fame with the release of his breakout single “Welcome to the Party” back in 2019, Pop Smoke was a force in the music world signing a recording contract with and . But shortly after releasing his mixtape , the rapper’s promising career was cut short when he fatally shot during a home invasion in Los Angeles, February 19, 2020. Pop Smoke’s posthumous debut studio album was released July 3, 2020 with executive production from .

The latest addition to its , the soft and cuddly take on one of Brooklyn’s finest serves to celebrate the legacy he’s left behind. Complete with accurate tattoos, the plush comes dressed with outfits that reference some iconic looks of Pop Smoke.

Head over to Bored Being a Toy’s to learn more about its plush creations.