The Porsche 911 is, quite simply, one of the greatest cars ever made.

Produced over seven different generations since 1964, the 911 is in many ways the perfect sports car. Elegant, refined, full of character and performance, the iconic rear-engined coupe exudes class in a way few other vehicles do. From the gentlemanly Targa to the raucous GT2 RS, there’s really a 911 for every driver…

So what do you do if you want a 911 driving experience, but you can’t justify spending close to six figures to do so? We here at DMARGE were wondering the same thing, so we decided to put the same question to some of Australia’s top motoring experts. They’ve come up with a few great alternatives. 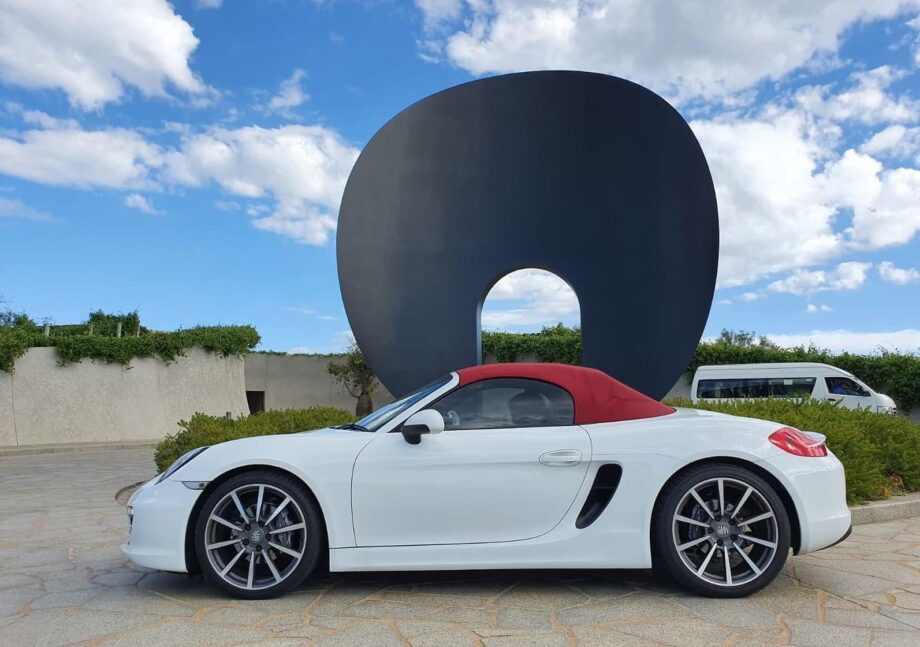 The most obvious place one should look if you want a 911-like experience without paying 911 prices is to look at some of the other cars in Porsche’s stable – namely, the Porsche Boxster/Cayman pair.

“I think if you’re a 911 fan and you’re on a budget, you really can’t go past a Cayman,” Trent Nikolic, Managing Editor of , reckons.

“It’s a 911-lite, genuinely fast, built well, and has a Porsche badge. Plus, it’s probably easier to drive to its limit for the average punter than a 911 as well.”

Mike Sinclair, Editor-in-Chief of , agrees – although he backs the Boxster over the Cayman, as they’re more affordable.

“The logical alternative is a Boxster S… A wonderfully sweet, engaging sportscar. You’ll get a decent selection of (albeit high mileage) 3.4L Boxster S’es for [around] $90k.”

For those not in the know, the Boxster/Cayman are essentially the same car: the only difference is that the Boxster is a convertible and the Cayman is a coupe. They’re essentially a smaller, less powerful version of the 911 – but they still keep that rear-engined formula (rear-mid-engined in the Boxster/Cayman’s case). Naturally, they’ve always been considered ‘junior’ 911s, although some motorists will actually argue that the Cayman is arguably the pick of Porsche’s range.

While on paper their performance figures are identical, the Cayman is considered more of a driver’s car – a hard-top will always have more structural rigidity than a soft-top – and top-flight performance variants of the car such as the GT4 Clubsport have been reserved for the Cayman only. 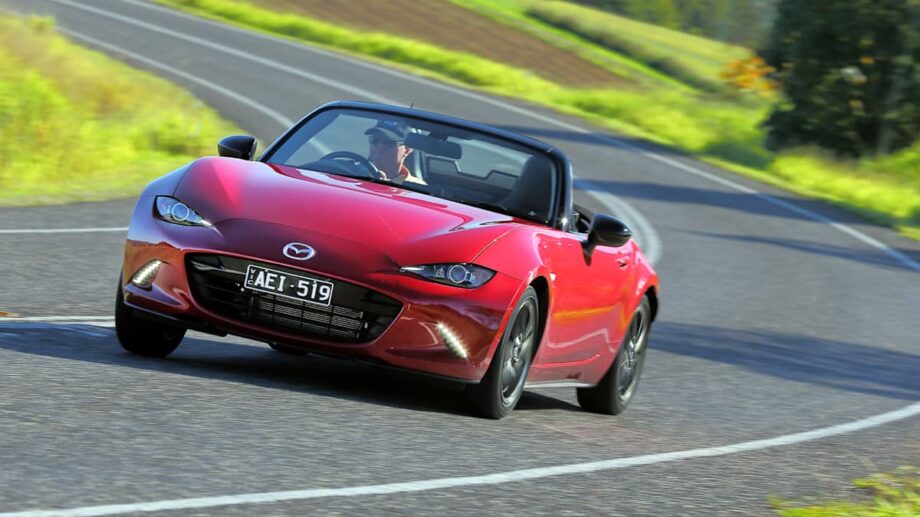 A fourth-generation Mazda MX-5 (ND). The best-selling two-seat convertible sports car in history, the MX-5 is one of the best driver’s cars money can buy. A new ND will only set you back $36,090, too. Image: Drive

“If [a Boxster/Cayman is] still out of reach, you need to step down to light RWD offerings like the 86/ BRZ or MX-5,” Nikolic relates.

“Obviously not the same as parking a Porsche in the driveway, but they are so much fun to drive quickly, on a windy road or at a track day. Cheap to buy and cheap to maintain, too.”

The MX-5 is an obvious choice. Like a 911, it’s got amazing handling and weight distribution, and unlike most other sports cars, is incredibly reliable. If you’re a fan of the 911 Targa, the MX-5 RF (which stands for ‘Retractable Fastback’) offers a similar experience for a fraction of the price. The 86/BRZ pair are less refined than an MX-5 and might have their engines up front, but it’s a boxer engine like the 911’s.

If you want something with a bit more horsepower, Alborz Fallah, founder of , relates that “there’s always a new Supra (good examples of old ones cost more!) and if you’re willing to wait, I’d be pretty keen on a new Z.” It’s also worth pointing out that the new 86/BRZ are on their way, too, and they also promise more horsepower. 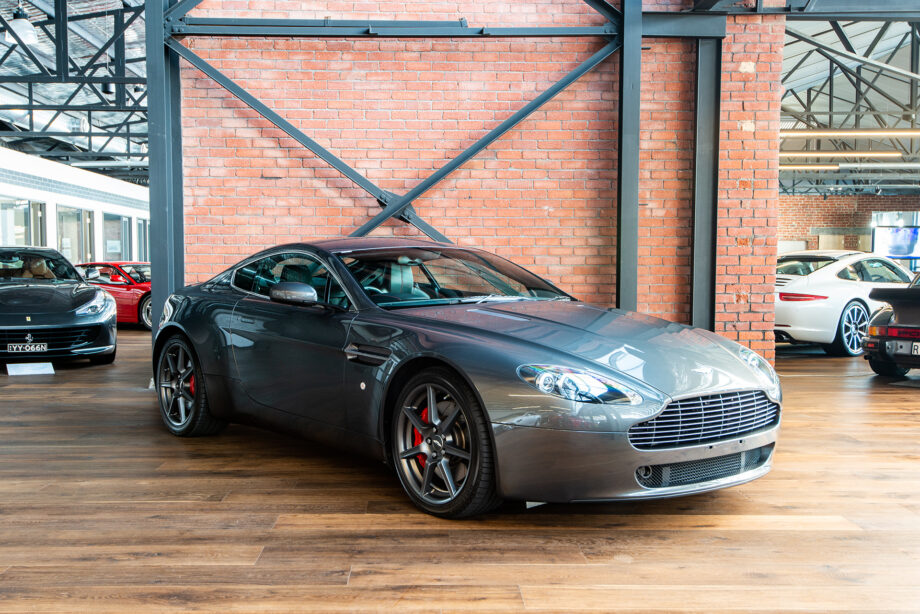 A 2007 Aston Martin V8 Vantage. A somewhat more unusual choice, it actually makes a lot of sense. You can pick a relatively decent example up for low six figures or less if you’re lucky. Image: Richmonds

If you’re looking for something a bit further afield, Fallah’s got a unique suggestion.

“I’d look at buying an old Vantage 4.3L. [They make an] amazing sound and while you might need to replace the clutch, the rest of the package is bulletproof.”

While this sounds ludicrous on paper, it actually makes a lot of sense. When Aston released the Vantage back in 2005, it was very much designed to compete with the 911 for sales. It’s probably the only car on this list that can match a 911 for sheer luxury, as well as prestige – but at this price point, you may as well get a 911.

Sinclair has a somewhat more orthodox suggestion: “if you want a great car for $60k, buy an E92 M3.” We’re really moving out of 911 territory now but the E92 M3 is a great driver’s car that would provide much of the thrills of a 911. It’s German, too – and the rumble of a V8 is a good substitute for the growl of a flat-six. 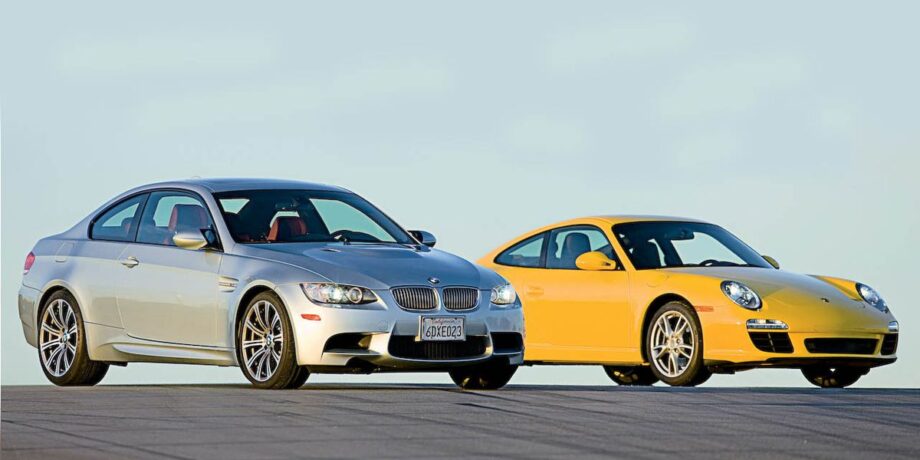 Of course, the real answer to ‘what’s the best budget alternative to a Porsche 911’ is that there is no alternative, Ian Davies, Director of relates.

“I think there are some fantastic sports car alternatives across a lot of prestige brands for a lot less money… However, the 911 is… the pick of the bunch; the ultimate all-rounder – in my opinion!”

There’s some truth in that. You might have to save up for a very long time before you get behind the wheel of a 911, but if it’s truly your dream car, anything less than a 911 will feel like a compromise, and you might end up dissatisfied – and still out of pocket. The same is true for any dream car, or watch, or house…

So if your heart is absolutely set on a 911, check out on a second-hand example of the famous car. Good luck!